Miniature rocket laucher that looks like the models from Warhammer 40k. It is controlled by an Iphone and can fire up to 10 real rockets.

This full working miniature rocket laucher is inspired by the Hyperios Whirlwind warhammer 40k model. Unfortunately, I did not manage to build the model in the common 1:60 scale. It had to be a bit bigger, because the limiting factor was the diameter of the rocket motors.
Everything of this project is self-made. The mechanics were designed in CAD and manufactured on a 3D-printer. The pitch and yaw axis are driven by rc-model servo motors. The electronics incorporate a STM32F407 controller connected to a BLE-module. With a small Iphone app, the launcher can be controlled by a smartphone. The launcher can be moved in the pitch and yaw axis. The electronics check the state of the igniters which are displayed on the mobile device. Up to 10 black powder rockets can be fired with this machine.

About 15 years ago, a friend of mine (an enthusiastic Warhammer 40k player) asked me, if it would be possible to build a real working rocket launcher for one of his models. I do not play Warhammer 40k myself, but I admire the dedication and devotion of the players in building and finishing their models. This project never went beyond the conceptual phase, as we both started our academic career in different cities and didn't have the time to pursue our goal.
Some time ago, I found some 6 mm black-powder rocket motors in a junk box and decided to carry out this project. I was inspired by the Hyperios Whirlwind Warhammer 40k model. Unfortunately, I did not manage to build the model in the common 1:60 scale. It had to be a bit bigger, because the limiting factor was the diameter of the rocket motors.
Everything of this project is self-made. The mechanics were designed in CAD and manufactured on a 3D-printer. The pitch and yaw axis are driven by rc-model servo motors. The electronics incorporate a STM32F407 controller connected to a BLE-module. With a small IPhone app, the launcher can be controlled by a smartphone.

As I started the project, it was intended to be a small interlude between other projects. However, things escalated as I wanted to have a perfect result. At the point when I nearly finished the first version and figured out that the elevation servo was marginal too weak to lift the start boxes, I was close to dump everything in the trash can and move into a cloister. Finally, I started again from scratch and reworked the design. The whole project took me one year, and I didn't dare to sum up the hours of work as well as the money spent on this project (my girlfriend might kill me, if I do so...).

The following details of this project are also available in German under this link.

The first step was the design of the model in CAD. The total size of the model is defined by the aspect ratio of the rocket which again is defined by the diameter of the rocket motors. I used the so called MicroMaxx black powder engines which are the smallest commercial available rocket motor. First of all, the starter-boxes were designed, followed by the turret. The most time consuming part was the design of the details and applications. 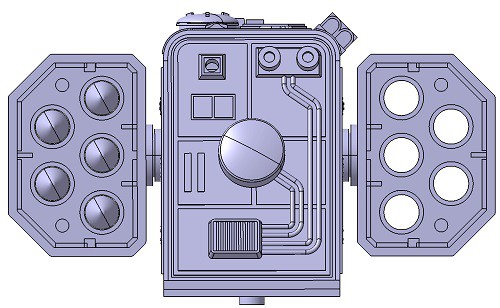 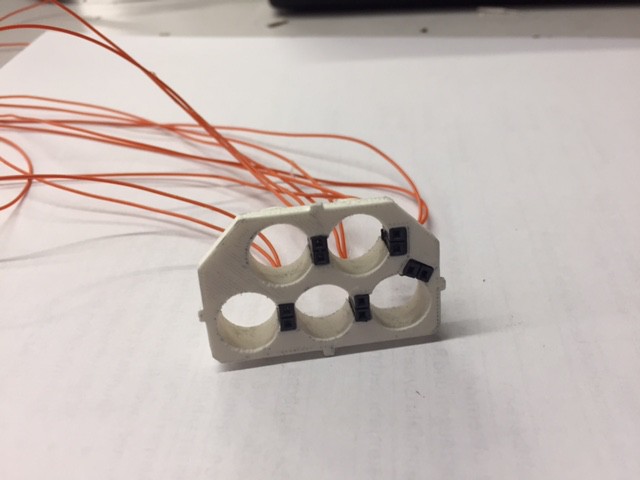 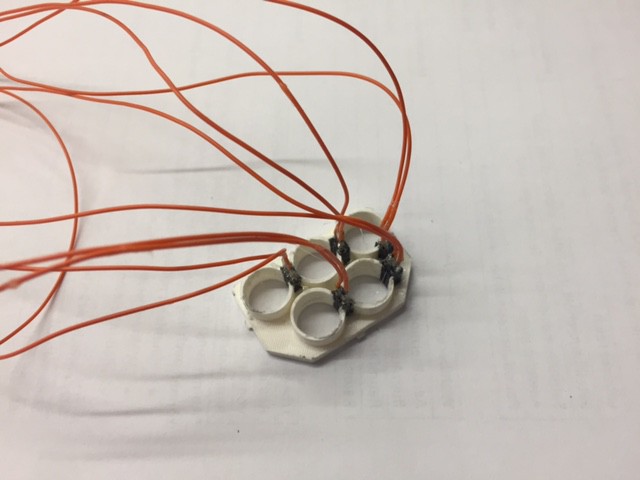 In the next step I cut 10 aluminium tubes with an outer diameter of 10 mm and machined them to the correct length on a lathe. Every tube has a milled slot at one end for the ignition wires. 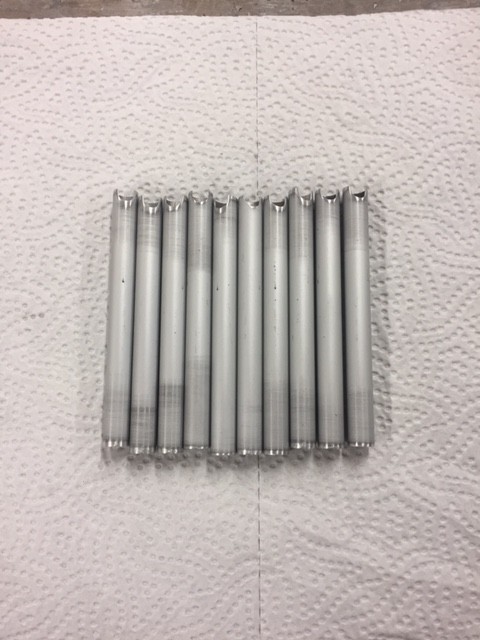 After printing the front plates of the starter-boxes, the tubes were glued to the plates.

The starter-boxes are completed with 8 panels glued onto the lateral faces. This was indeed a lot of work. The parts from the 3D-printer do not have the ideal surface for painting. Thus, a lot of filling and sanding had to be done which was not easy due to the amount of details on the parts. The small gaps between the panels had to be mended as well.

After an excessive filling-and-grinding-festival more details were applied to the starter-boxes. 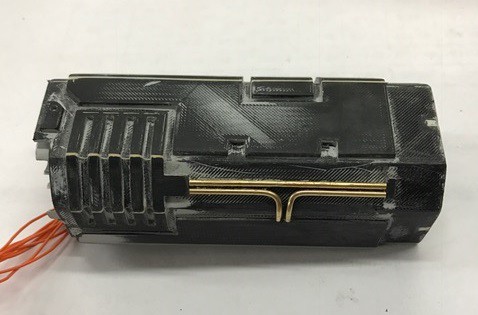 In the next step, the boxes were painted.

The starter-boxes have fitted some kind of collar to their front end. These parts have a yellow-black striped painting. The painting of these parts was done before they were mounted to the boxes. I used a white primer so that the yellow painting looks very intense. Then, the stripes were masked...

What kind of wire / connector are you using to connect the turret to the driver?

I used MOLEX PICOBLADE connectors. You have to purchase the cases and contacts seperately. I bought contacts that were already equipped with cables. Therefore, i didn't need to buy a tool for crimping.

The 2018 Hackaday Prize
In time, more and more hooks broke. I decided to print some improved hooks, that will last longer
Project Owner Contributor

Build logs of a conversion from a stock manual Proxxon MF70 to be CNC controlled, with storage for milling bits and other fixtures.
Project Owner Contributor