There were a few rare recordings left in the apartment, so it was time to clean the 30 year old beast & fire it up. 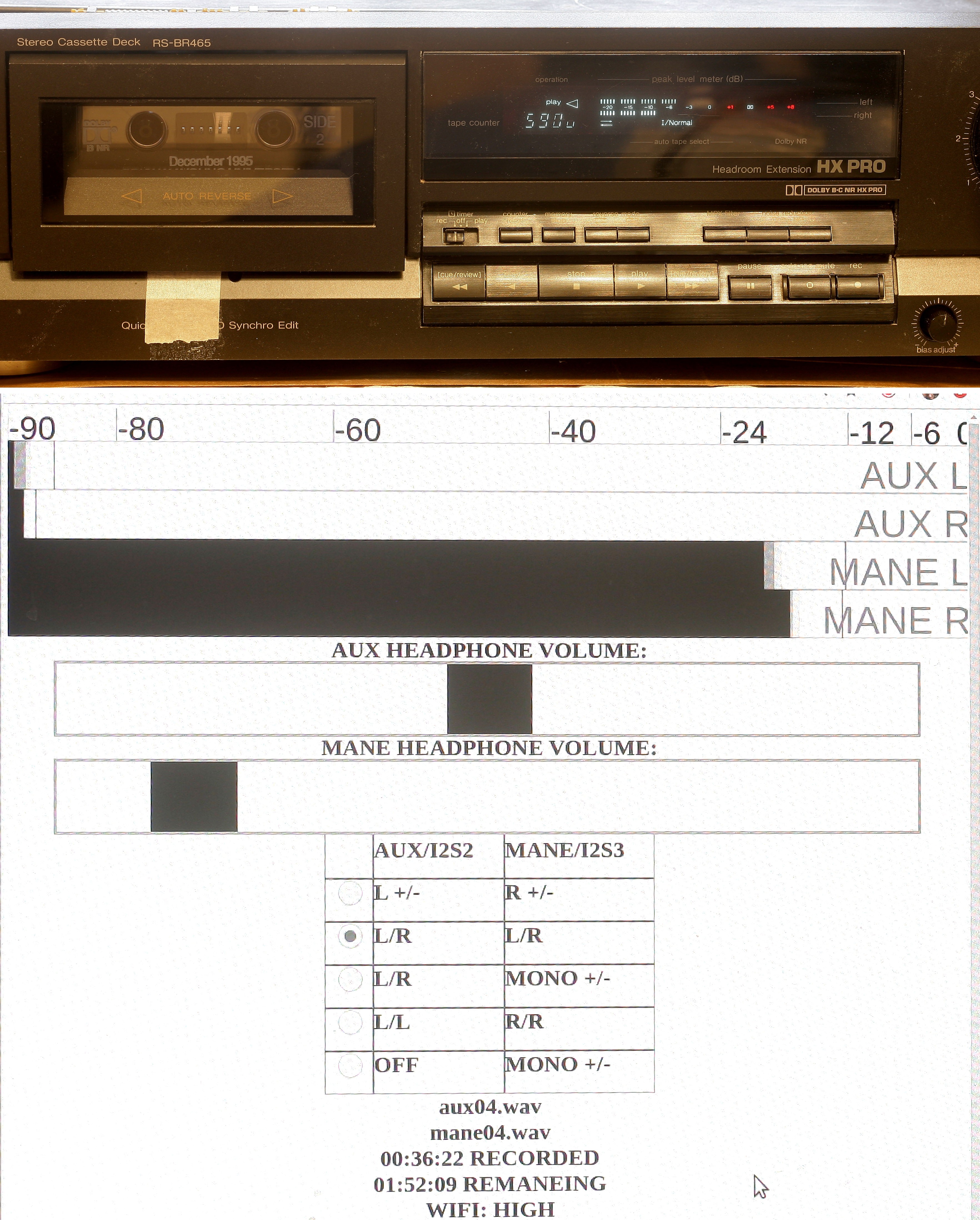 Transferring tape to the Zoom replacement was an eye opener because the 30 year old tape deck's VU meter only showed but a tiny portion of the modern ADC's dynamic range.    0dB on the computer is around +6 on the tape deck.

Silence on a 30 year old type 1 tape with no noise reduction was around -40dB on the recorder but completely off scale on the tape deck's VU meter.  The unused AUX channels show how much farther the ADCs can go.  The self noise of the tape deck came in at -70dB.  Lions never had a way to fully measure the tape deck's noise until now.  The minidisc & Zoom H2 only went to -48dB.

The original idea was for the Zoom replacement to dedicate 2 ADC's to each channel, but the dynamic range has been good enough to just let it record silence on 2 ADC's & record stereo on the other 2.  The mane problem is it uses twice as much storage as necessary.

The 30 year old tape deck had a cracked gear for the last 20 years. It only became obvious when the gear was turned just right. The lion kingdom also noticed the reverse capstan's pully grabs more of the belt than the forward capstan, hence why reverse always had less flutter than forward. After using the modern ADC, it's kind of amazing such a sloppy belt, pullys, & magnetic ribbon can make useful sound at all.

After a few tapes, the RS-BR465 finally died.

Repaired the broken gear with a hot glue strap. It'll last long enough for the current batch of transfers but need a more permanent teflon strap. Also cleaned the capstan rollers & lubricated the plastic parts. Noticed the reverse capstan roller had much more aggressive ridges. There is now a tool fastened to the case which is required for replacing the belt.