Fixing the veneer, painting, and more

A project log for Restoring a 1950s Schoolroom Speaker

Well, first off, the Bluetooth module I bought was DOA. I returned it and am probably going to buy a similar model from a different seller on Amazon soon.

In the meantime, I did a lot of work on the exterior, and it's looking nice. I first lightly sanded off the dripped paint from the front, bottom, and top. The top had far more paint drips than the rest, so rather than sand off the entire veneer, I mostly let it go. It's going to be too high to see when wall mounted, anyway.

Once I finished sanding, there were obvious marks left on the veneer. The first thing I tried to do was fill them in with wood filler "crayons," which was mildly successful but still not great. Then I tried brown shoe polish, and voilà! It looked beautiful.

Next, there were two holes in the veneer, both on the front. One was extremely prominent. I used some wood putty to fill them, and while they look better, the big one is still somewhat noticeable. I was pleasantly surprised that the color matched pretty well because it's not paintable wood putty. 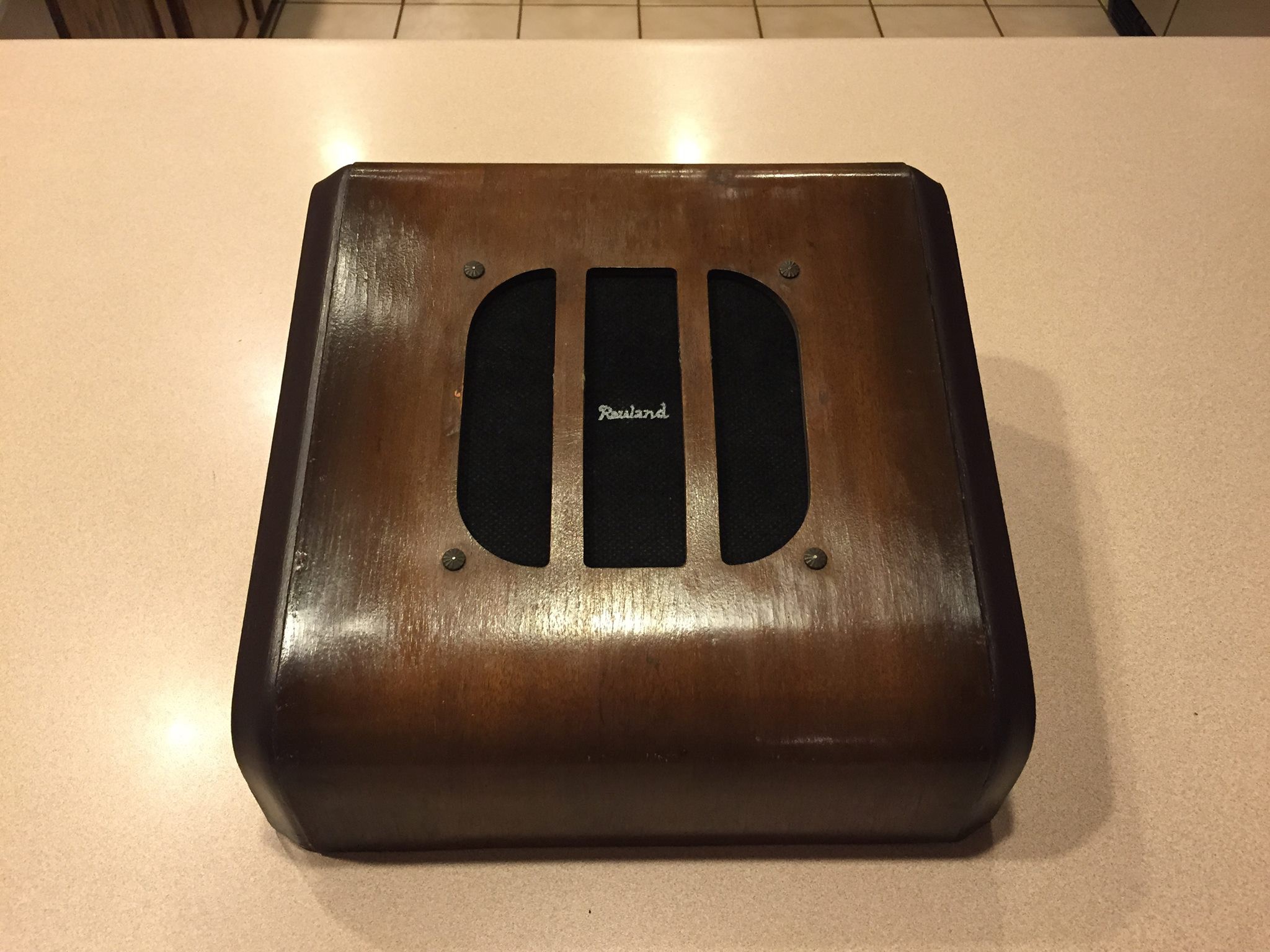 I took the speaker out, and it seems to have held up surprisingly well over the years. No signs of any damage, although it was quite dusty. I was originally going to replace the speaker cloth, but when I took it out, I realized it too was in much better condition than I thought. I washed out the dust and grime, then flipped it inside out so the less faded side was facing out. My sister kindly painted the Rauland logo on the new front. While I was at it, I glued the broken cross bars back together. 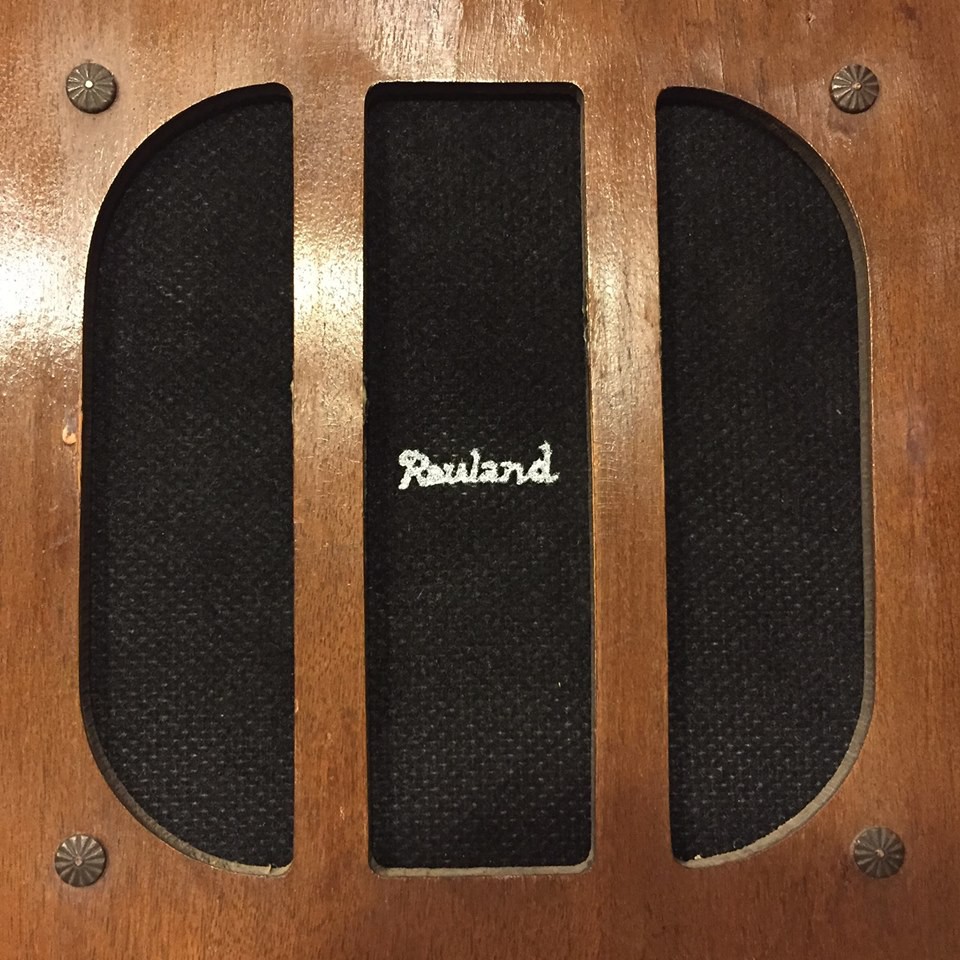 The last thing to do was fix the sides. They were simply painted, but they had large paint drips. I sanded these off, but that left marks on the rest of the paint. I ended up painting over the sides with as close to the same shade of brown as I could mix. Unfortunately, it dried much lighter than I had anticipated, so it's a cool brown instead of warm brown like the original. 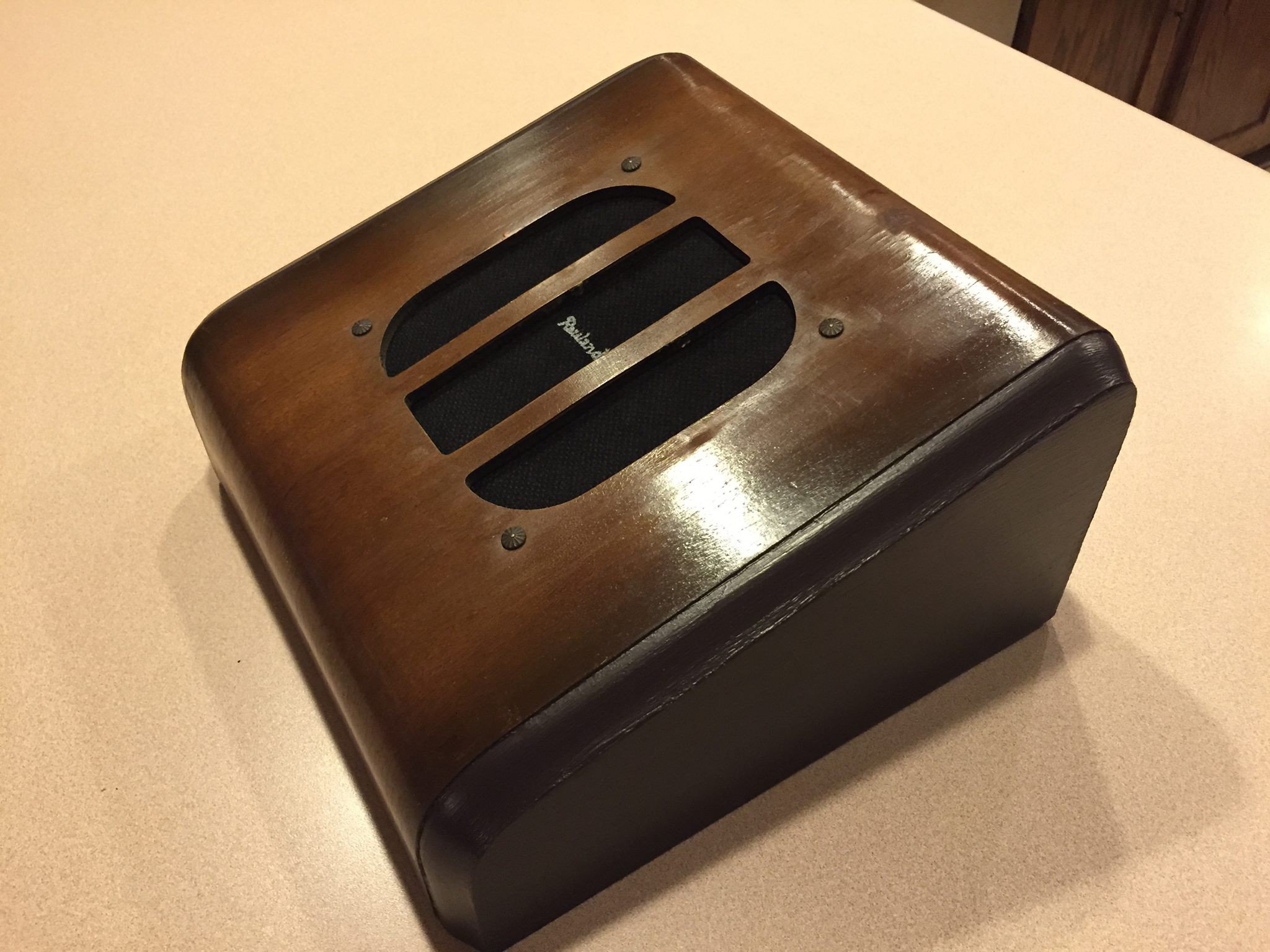 The exterior should now be finished. The amplifier chip I bought works great, so all that's left is Bluetooth.
Previous Log