Control an RGB LED over MQTT and 6LoWPAN from the Ubidots platform.

this demo implements the use of variable command from ubidots and read a digital light sensor.

Following the book "IoT in five days" and the example in the GitHub, this demo implements the use of variable command from ubidots and read a digital light sensor.

A 6LoWPAN/IPv4 router was used to translate the 6LoWPAN/IPv6 data from the wireless network to a remote MQTT broker on the "cloud" in this case Ubidots, the application creates a tree type of events:

Control a variable from the mqtt, the variable is loaded in arg, in the activate_color_led function it generates a PWM for each color of the RGB LED, the variable arg is multiplied by a factor, the result is loaded in count, in case of the red color, the factor is less than the rest since the red color has more intensity, because works at difrent voltage. datasheet of LED ASMB-MTB0-0A3A2 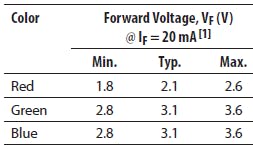 The device polling the sensors and publishig every interrupt of etimer, in the funtion of poll_sensors if detected and god configured read the TSL2563 in the channel 0 detects visible and IR radiation (channel 1 only IR radiation), works over I2C.

It is inside of branch Zolertia-paks. This file is linked and selected in the mikefile, don't flashing lighting flash makefile

Use color sensor and Arduino to change RGB LED for a childs nightlight. Teach cause and effect with colors!
Project Owner Contributor