Things are rolling along, slowly.

I've mostly been doing planning and testing, which involves a lot of running up against my own limitations.

I have decided to isolate the RTL-SDR and upconverter boards from the computer (read: noise source) as much as possible. I don't have access to a USB isolator (yet), so I've decided to give the box (I need to come up with a name for this thing) it's own 5v power supply based on an LM7805 linear regulator. Power will come from the same Astron RS-35M that powers all of my other ham radio gear. I've already built the 5v supply board, and tested it on my Rigol scope. It shows less than 5 millivolts of ripple, so it should work well. I will also be using the case as a heat sink for the 7805, so I should be able to pull between 1 and 1.5 amps without risking damage to the regulator. I've also included a 21 volt zener diode along with a 2 amp fuse, a combination which will provide over-voltage, over-current, and reverse polarity protection.

I will include a circuit diagram later, but for now here is a closeup of my fat fingers for your viewing pleasure. Oh, and the supply board also. 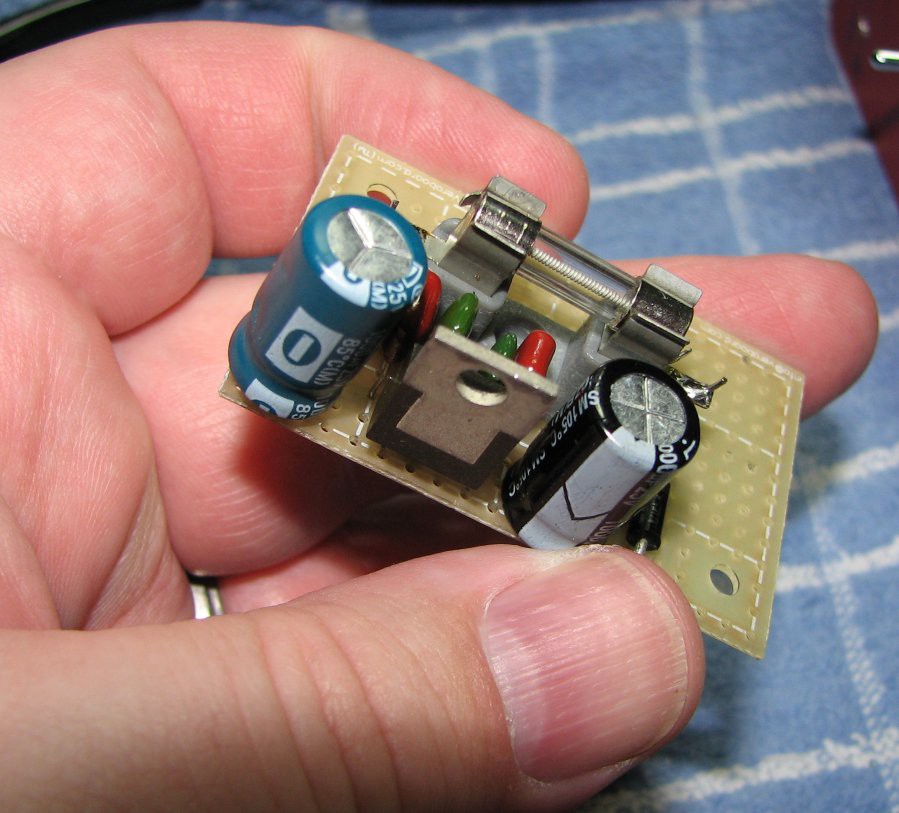 The Junk Box SDR is Coming Along