One Step Forward, Two Steps Back

It's funny how no matter how much effort you put into doing something carefully, you will always end up being surprised by how badly it can go wrong.

I decided that I should remove the new power supply circuit that I had added to the Junkbox SDR when I determined that the vast majority of the RFI I was trying to battle was actually internal to the device. There was also the slight issue of bricking the RTL-SDR when I plugged the data lines into the computer without first turning the power on. Fortunately, the module came back to life after a while. I do have a couple of spares, but I didn't want to be burning them up all of the time, especially not for such a stupid reason.

Here is an example of the RFI seen that is internal:

This is with a 50Ω terminator across the input. This is actually the 125 MHz local oscillator from the Ham-It-Up upconverter board, which is still active despite the fact that the unit is in bypass mode. This same pattern shows up every 125 MHz up as far as 1.25 GHz. I may have to re-think the whole project. At the very least I need to figure out a way to switch the upconverter completely out of the circuit and power it off when in bypass mode (using the RTL-SDR only).

One improvement I managed was to make the filters actually function by actually soldering them up the way I had originally intended, instead of the hurried miswiring I had done before. It looks like total crap, but at least it works... Sort of. The filters can only be switched on in sequence, rather than individually. I figured out a circuit that will fix this problem, but I'll need to pick up some DPDT switches to replace the SPDT ones that are there now.

The work progresses, slowly. My intention is that this project end up being a simple to use general coverage receiver. I'm heading in the right direction, but the title of this log entry says it all. 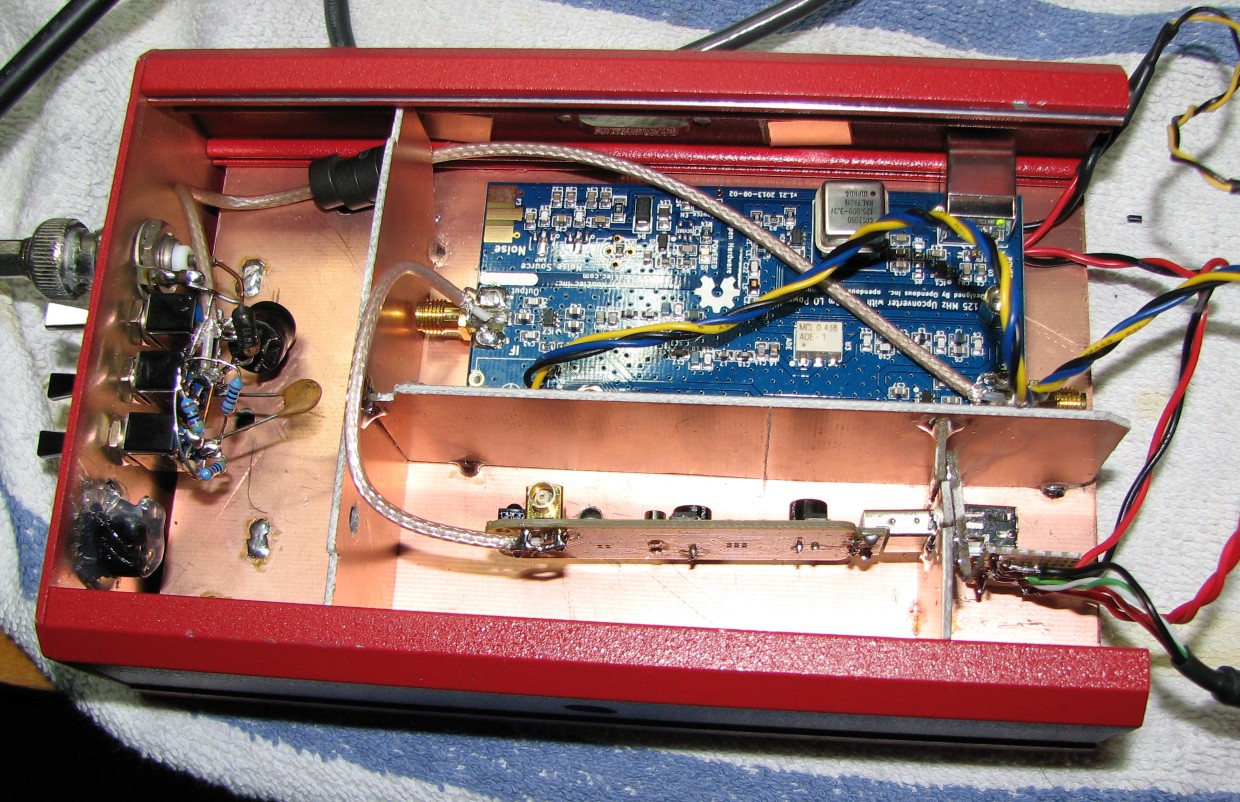