I thought for sure that my Ham-It-Up had perished from mishandling, ESD, or just plain bad luck. Fortunately, I was wrong. After a bit of testing confirmed that the upconverter was still functional, I got to work patching up the holes in the case with some copper tape and putting the thing back together. 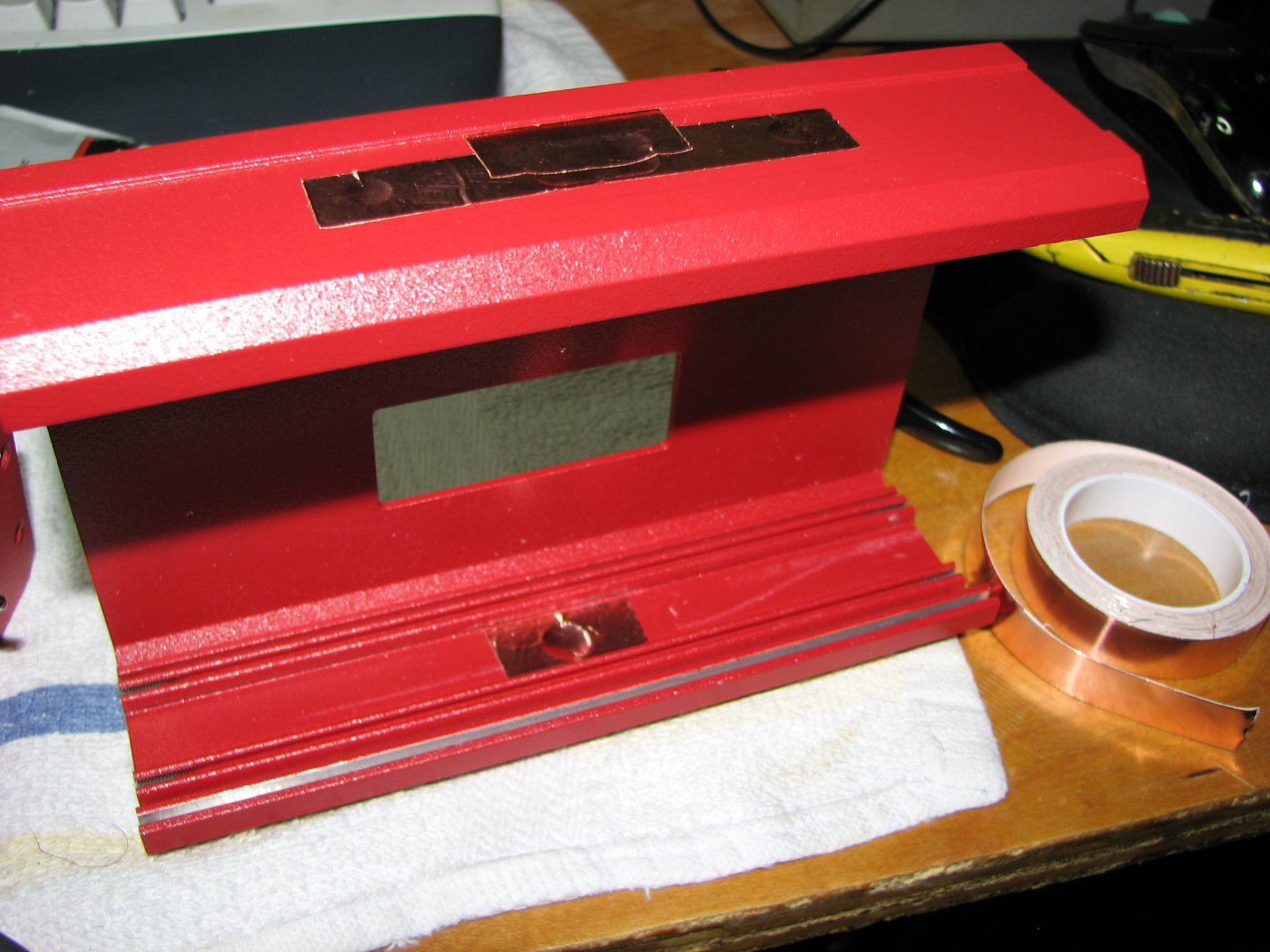 And a bit more on the chassis: 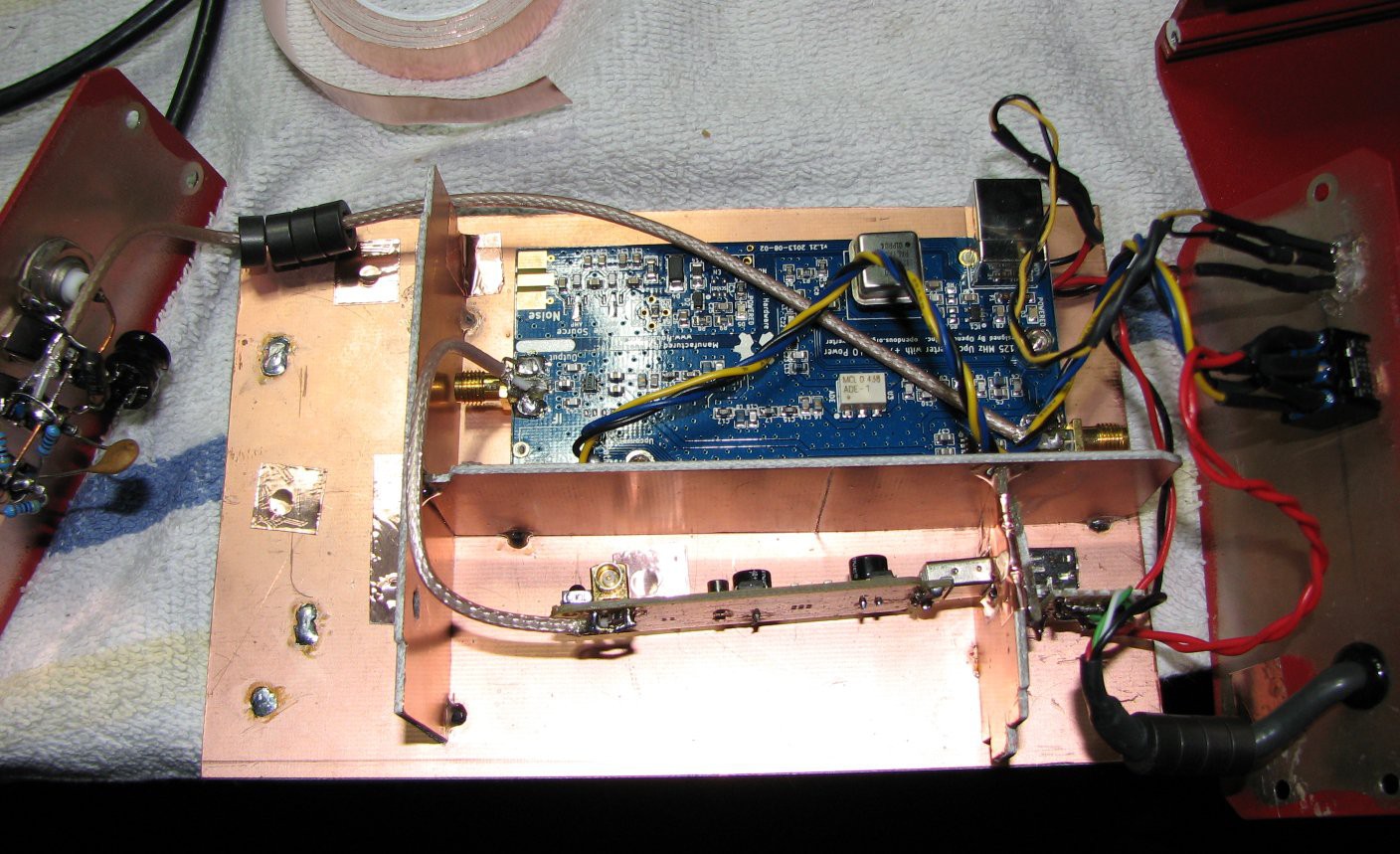 And we have a working unit again, here listening in on the 20 meter ham band: 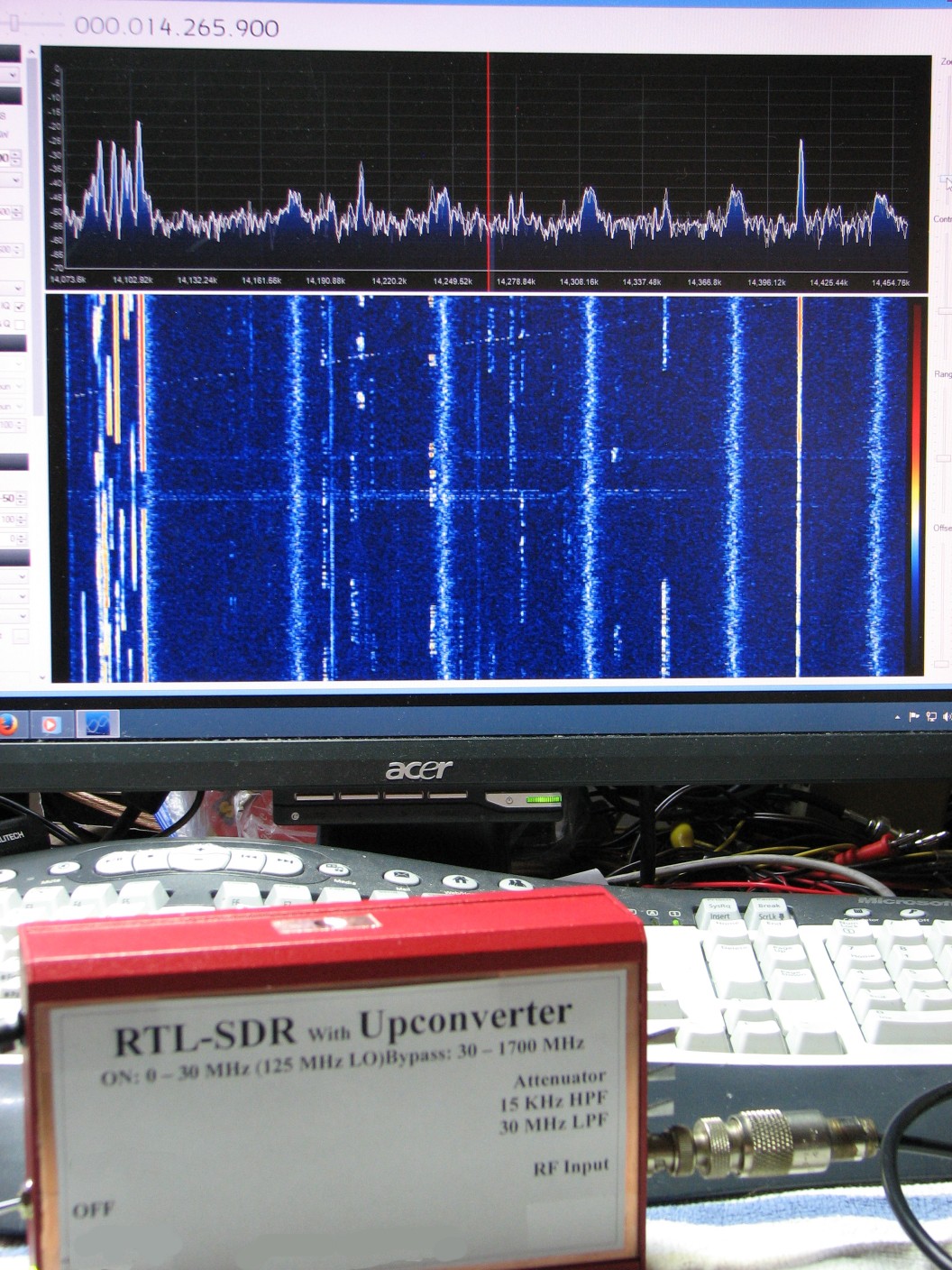 On the right side of the unit are the switches for the 3 filters, which are in series, unfortunately. Someday I will replace the switches with DPDT ones so I can wire them up individually. For now, however, I'm just glad that the thing is working.

After working on writing this log for a bit, I found that the thing started randomly losing communications with the computer. The SDR# waterfall would freeze, and I had to cycle the SDR's power to fix the problem, only to have it crop up again a few minutes later. It even froze up during For Whom the Bell Tolls! Seriously, during Metallica's best song? It could just be a loose connection, or it could mean that I need to replace the SDR board. I hope it's the former. Even though RTL-SDRs are cheap, and I do have a couple more lying around I could shove in, I'd rather not start going through them.

Another ugly fact is that despite all of the work put into isolating the RTL-SDR and upconverter, and all the effort put into shielding them, their performance is not significantly different from what I saw when both devices were completely unshielded. If I am to be honest here, I recommend only putting minimal effort into shielding your own RTL-SDR setups. It just doesn't seem to do much for them, unless you are battling a strong local source of RFI. Even then, it will still come in through the antenna. Switchable filters can help there, but I find that I only use the filters to differentiate between external signals and internal RFI, as when both filters are in and the attenuator is on, the thing is essentially rendered deaf.

All this effort, and I ended up with what it basically just a convenient carrying case for my RTL-SDR. Oh, well. I learned a lot from it. Hopefully you can as well.