Memory isn't what it used to be

Surf the web using an Arduino and an ethernet shield. Because you can.

The first test off the block was to adapt the default Arduino WebClient example. I've got a standard Ethernet shield, so there's no Slave Select pin to muck about with – it's on pin 10.

As used in the example code, google is a poor example of a website to try. The main google search website may look clean and simple but, oh my, there is a ton of junk being loaded behind the scenes. [1] 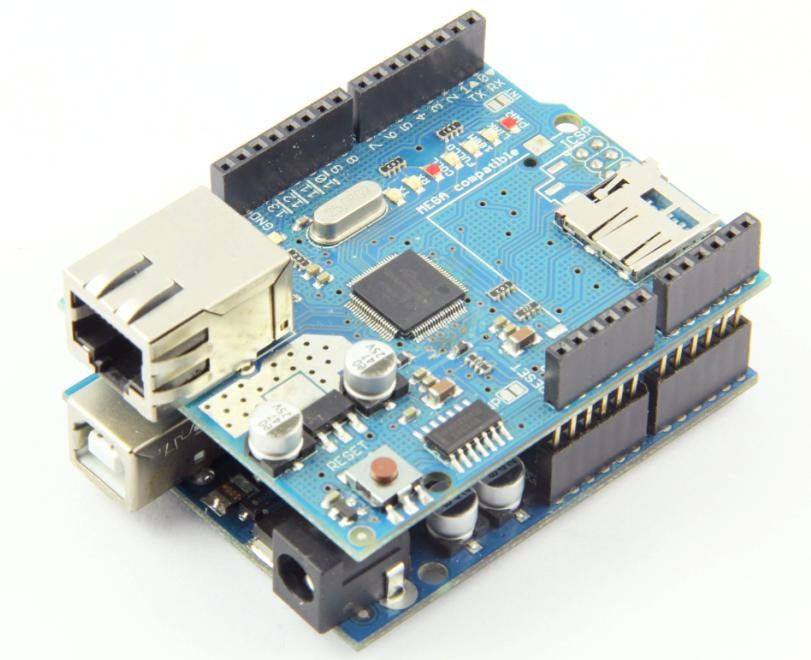 The example WebClient program compiles to 14,288 bytes. This is not promising and doesn't leave me much memory to play with. [2]

Then I opened up the SD card ReadWrite example and grafted it onto the WebClient code. The downloaded HTML is now dumped to an SD card file. [3] This lot compiles to 25,254 bytes. 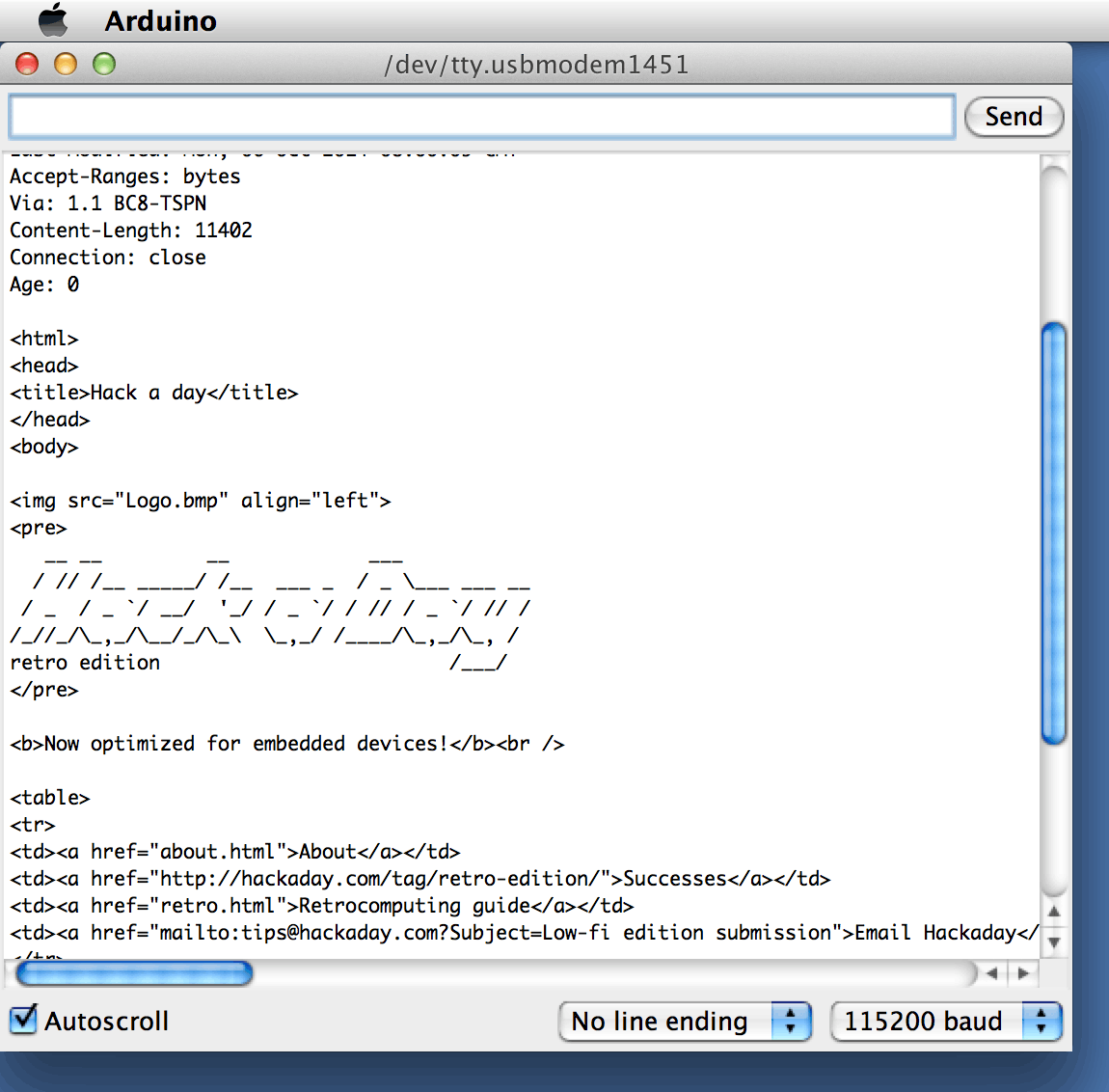 I discovered that if I removed the DHCP IP allocation and used a fixed IP address, it complied to 'just' 21,340 bytes. So I can claw back just under 4 KB if I have to. Still, I'd like to keep the dynamic IP allocation if possible. Plug and play is nice.

It appears that the Ethernet and SD card parts of the shield don't play well together [5]. I had no trouble with the Ethernet shield initially, but if there was a card in the slot and I wasn't even using it, Ethernet would go screwy on me. And it was really, really slow getting an IP allocated. The same screwy behaviour occurred whilst using the SD card slot and not Ethernet. [6]

The example code explicitly sets the Ethernet Slave Select pin to output early in the setup code but I discovered that I also had to set that pin high manually before trying to initialise the SD card library. Or open files.

In my Internet travels, I discovered William Greiman's fat16 library for Arduino. [7] It's not an 'official' library but when I use it in my HTML download and save test above, the compile size was 19,152 bytes. 6 KB smaller. William, you are my hero, and DHCP IP number allocation, you shall go to the ball.

[1] How else are they going to go all Big Brother on you?

[2] Actually, I have plenty of memory to play with: 1.3Kg of organic holographic memory of indeterminate capacity. Only problem is, it's well out of warranty and I think there are some loose connections somewhere.

[3] Congratulations! A web browser. Well, a crap one.

[4] It looks like the same rule as hard drive fee space and space left in the cupboard under the stairs applies: No matter how big they are, they're always 80% full. This rule does not apply to humans; Probably the opposite.

[6] Things were also unreliable when both SD card and Ethernet were being used together, logically.

[7] It only supports FAT16 formatted cards, so capacity is limited to 2 GB in size. I can live with that.

Hackaday Retro is to blame

Leaves on the line