All in One Piece

My mechanical sea glob will make you jelly.

This weekend I started printing the newly redesigned pieces for my jellyfish robot. I got about 90% finished by Sunday, but not enough was intact to start testing out whether or not the design will move like it should.

Yesterday, I scraped together the short end pieces leftover from old roles of filament to finish printing the rest of the tiny arms for Racky. Now that I've added a slight curve to the length in addition to the U joint at one end, it was a pain deciding how to print the piece without ended up with a pile of pelvic fur. I had to position it rocketing off the build plate with some support material, which had a 50% success rate, (which sucked as I was nearly out of yellow). In spite of the failed attempts, I got them all done… just in the knick of filament : Once these small arms were added to the body, I needed to come up with a better way to attach the tendrils than with twist ties (like in my old prototype). So, I made a little U joint piece that could screw onto the under side of each arm : At this point I realized that the jelly as a whole needed to be disassembled so that I could secure the motors onto the steel rods somehow. I had the idea to use some of the square rubber grommets that came with the servo motors to slide onto the rod, filling the small gap between the two and wedging them in place : 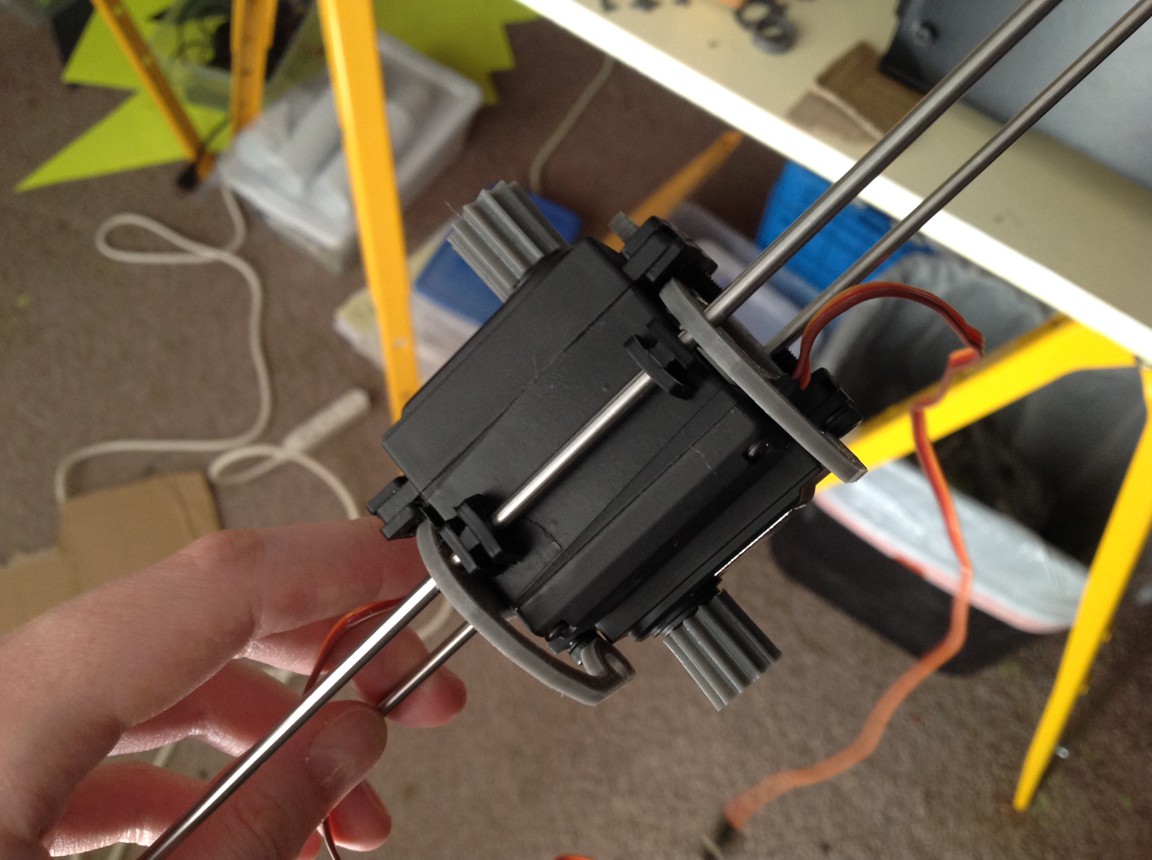 Once done, I was able to put the rest of the jellyfish back together around this piece. The last bits to screw together where the tendrils to the short curvy arms I had just attached to the body : Everything looks nice and I'm sorta confident it will work to some degree… but before I can hook the motors up and do any sort of testing, I need to design that tensioner for the rack and pinion. Otherwise nothing is going anywhere. Alas, I'll get to it!