Framework for a game to locate a nRF24L01+ as a BLE beacon. Not as fancy as some with triangulation or GPS. But simple and cheap.

I thought I would try to make some home-etched PCB's since I've had some copper clad boards laying around for the last 25 years and finally have an interesting project and the tools to make them.

I laid out the board with Eagle. Just a bunch of connectors with big pads. I used flat black paint and a 40watt chinese laser to remove paint. Etching compound was 2:1 Hydrogen Peroxide to Muriatic Acid. Simple. Why haven't I found a reason to do this earlier?

The photo illustrates my two attempts. The v.1 board was etched after V.2 because it didn't look like it the small traces would etch properly, I was wrong. The traces are good but the pads for the nRF are nonexistent. I'll try to drill and use this board anyway.

V.2 came out good with nice traces and large pads. 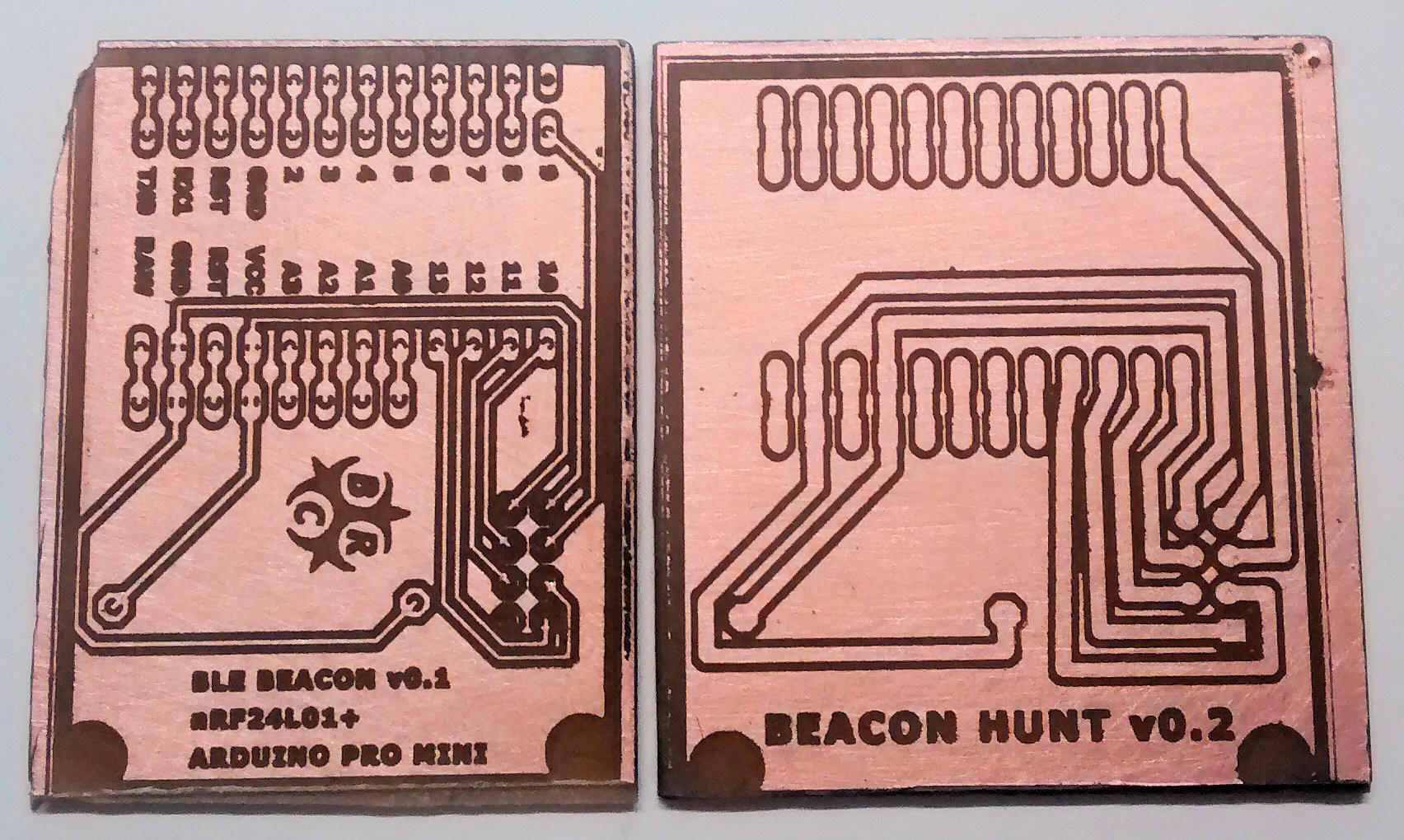 Here's the V.2 board populated with the components. Still waiting for the CR2032 battery holder that will go under the nRF module. It looks a little big but I had to run traces, breakouts, and fit the battery holder. And I didn't trim off that last eighth to quarter inch around the edge. 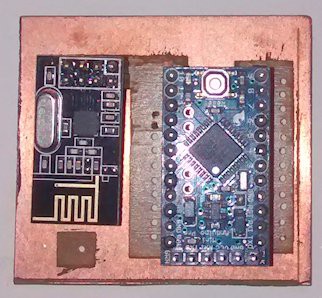 So why was this a failure, I can only detect the nRF24L01+ module with my phone when I touch the nRF antenna with my finger. I think the copper clad is jacking up the signal. Both modules work fine on the breadboard, they stop transmitting when attached to my new breakout board. I'll try cutting out the area where the battery holder would go to see if that is the cause.

Here's some additional photos of the board before etching. Notice I used a razor to clean up the v.2 board (first etch attempt) which was not necessary. After that, I threw in the v.1 board just to see what would happen. To my surprise, even those dark black areas etched perfectly. It looks like the laser charred it enough that the etch solution could work it's way through. I also messed up that board by trying to cut it with a guillotine-style paper cutter, yeah, don't do that. Instead, I used a razor blade to score the copper then snap it off. I think I need to find a cheap scroll/band saw. 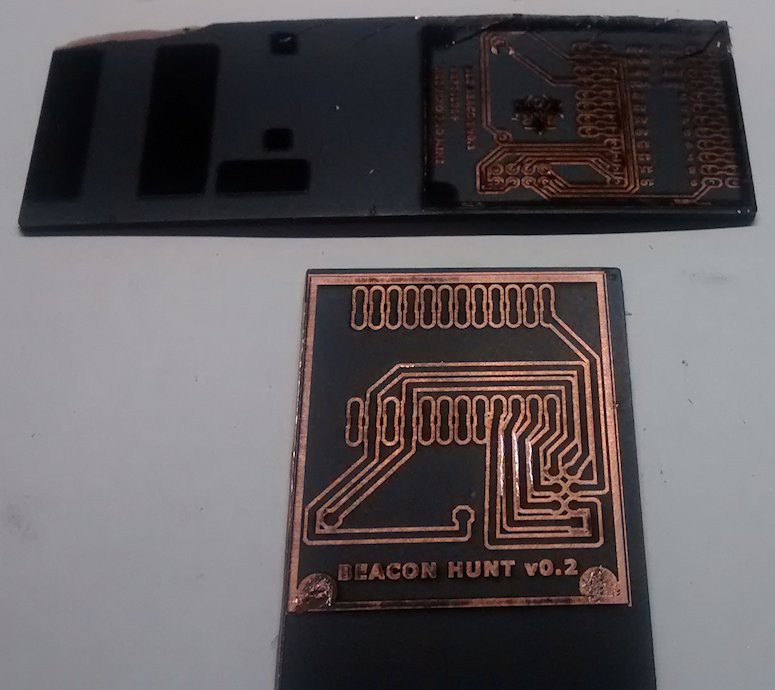