No, not Electronic Dance Music - It's an Electro-Discharge Machine for PCB prototyping

So I have't updated in awhile. I haven't lost interest or anything (quite the opposite).

My hackspace(where I'm building this) got evicted a couple months ago. Everything got thrown into turmoil. A little while later, I got a frantic text message, "Pick up your shit!"

Heading down there a couple days later, well into the packing effort, to grab my project box, I couldn't find it where I left it. A little more effort turned up the distinctive blue box at the bottom of a shipping pallet, completely covered in shrink wrap.

Anyway. We moved, we unloaded, and we're starting to unpack. The new place is a fair bit smaller than the old place, so we're in a purge phase.

And somebody purged my project box before I had a chance to grab it.

Through a completely offhand comment that someone made about finding a PicKit in the dumpster a couple days later, I rushed over and did some diving, recovering most of my project.

I'm not sure the full extent of stuff I lost, but all of the important bits for this are okay, I think. Except for the power output stage, I couldn't find that board. It needed a bunch of rework, anyway.

The whole situation is ironic because it all happened the day before the hackspace is moved-in enough that I can work on stuff in there, for the first time in two months or so.

So I did some more work, rebuilding that output power board: 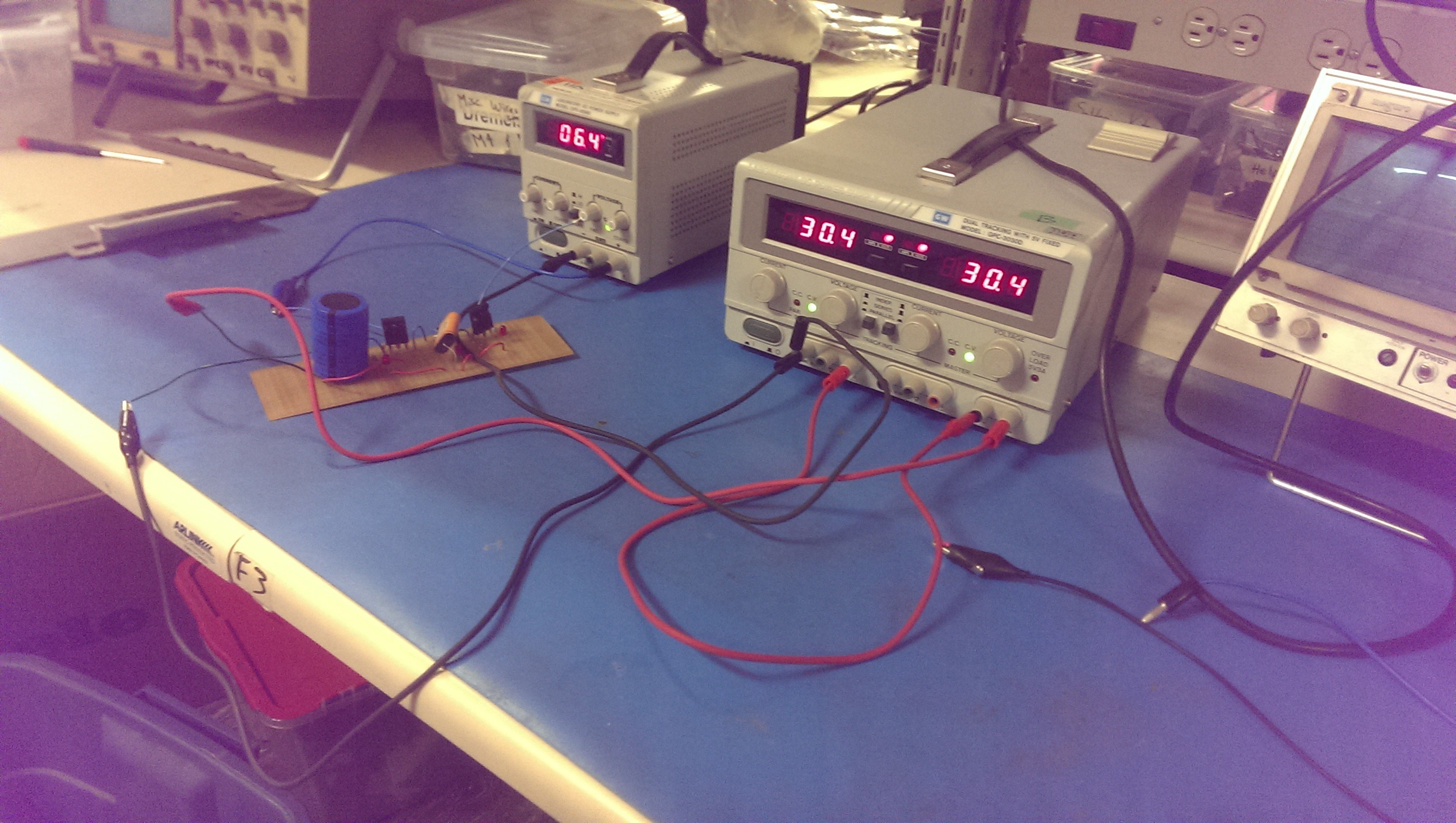 I've pretty much decided that this is a pre-alpha prototype, so I don't even care about the crappiness anymore. If every part of this project sort-of works, then I can prove my concept. After that, I start identifying the weak links and moving the project through a state of not-suck.

So this board: I left off the rectifier for now, so I'm not running it through my sketchy-as-hell antique transformer. I've swapped the order of the caps because I believe the mylar one will hold up better to repeated fast discharges. It's also a smaller value, so my pulses will be shorter, but be able to charge up as fast as the mylar cap can charge.

I'm still using simple red LEDs to indicate whether that stage has charge.

I still have to add bleeder resistors so that the system doesn't store energy while off. I have to add opto-isolaters to my micro to turn on the power MOSFETs.

I need some sort of analog readback at each of the stages.

The MOSFETs I'm using are totally unsuitable for this application, so I need to change them out. I'm not really happy at the selection of FETs at my disposal.

As you can see, without my xformer/rectifier, I'm just using a couple 30v power supplies in series (and another one to trigger the transistors). It's only 60v(my final circuit is 80v), but the principles don't change with the lower voltage.

Whenever I'm feeling sketchy about a circuit, I get @TyIsI to touch the dangerous stuff! 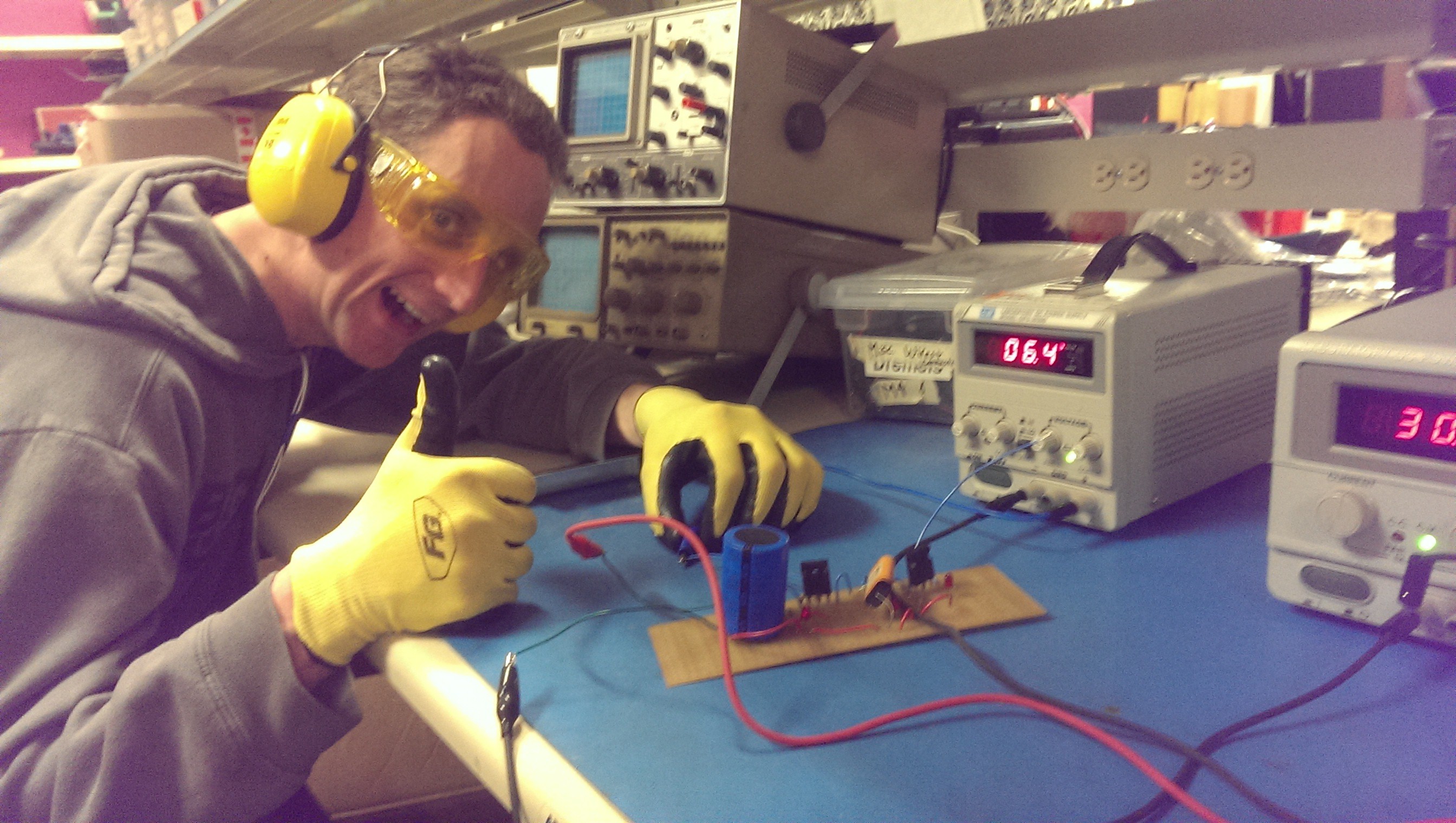 Well that was dumb