Day 1 - Got it all installed and it's working. Sort of. I had to run a USB cable from the attic so i could see what was going on. For some reason the dip switches aren't pulling down the inputs like they were on the bench. I have no idea. I'm going to build up a second unit and see if I can replicate it on the bench.

In the meantime I just modified the software to ignore the dip switches and it's working as expected.

Day 2 - Temperature dropped into range about 1800 hours yesterday and the unit operated as expected. I have it set to run for 15 minutes every hour.

Day 3+ - System is working as expected. The problem with the dip switches was resolved. The USB connector is too tall for the header pins that extend into the UNO. Basically there was no connection, or a very tenuous one at best. The quick fix is to extend the pins with stackable headers. 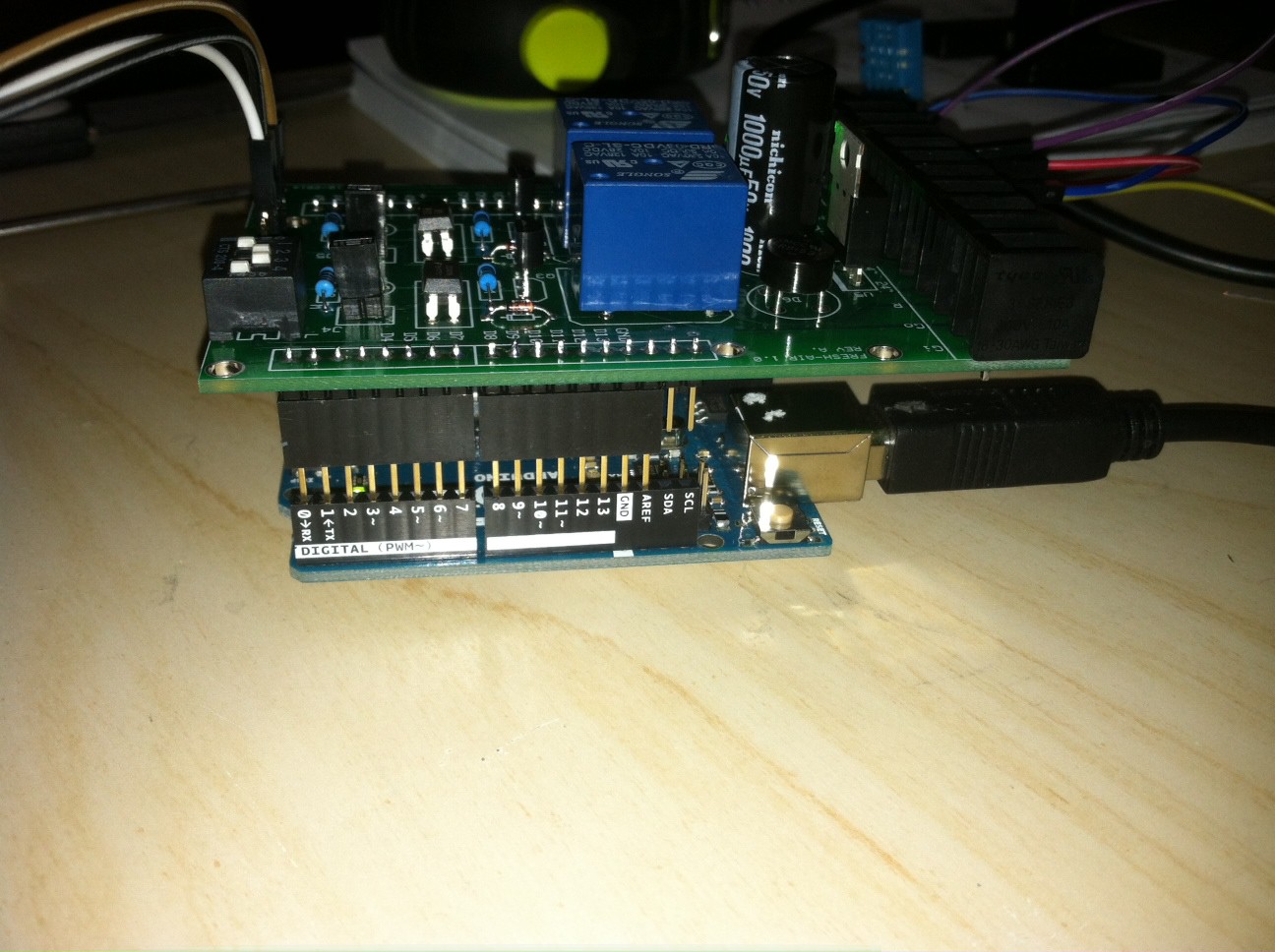 Second problem is the accuracy of the analog temperature sensors. Using the coefficients provided by the vendors they still read as much as 10 degrees lower than the DHT11 based units. I'm going to switch back to a DHT11 outside. This also gives me the flexibility to control based on humidity.

Day 14 - Decided to add a display so I can see what's going on. The 50' USB cable into the attic was problematic at best. The unit is running as expected I just wanted to see what it was thinking: 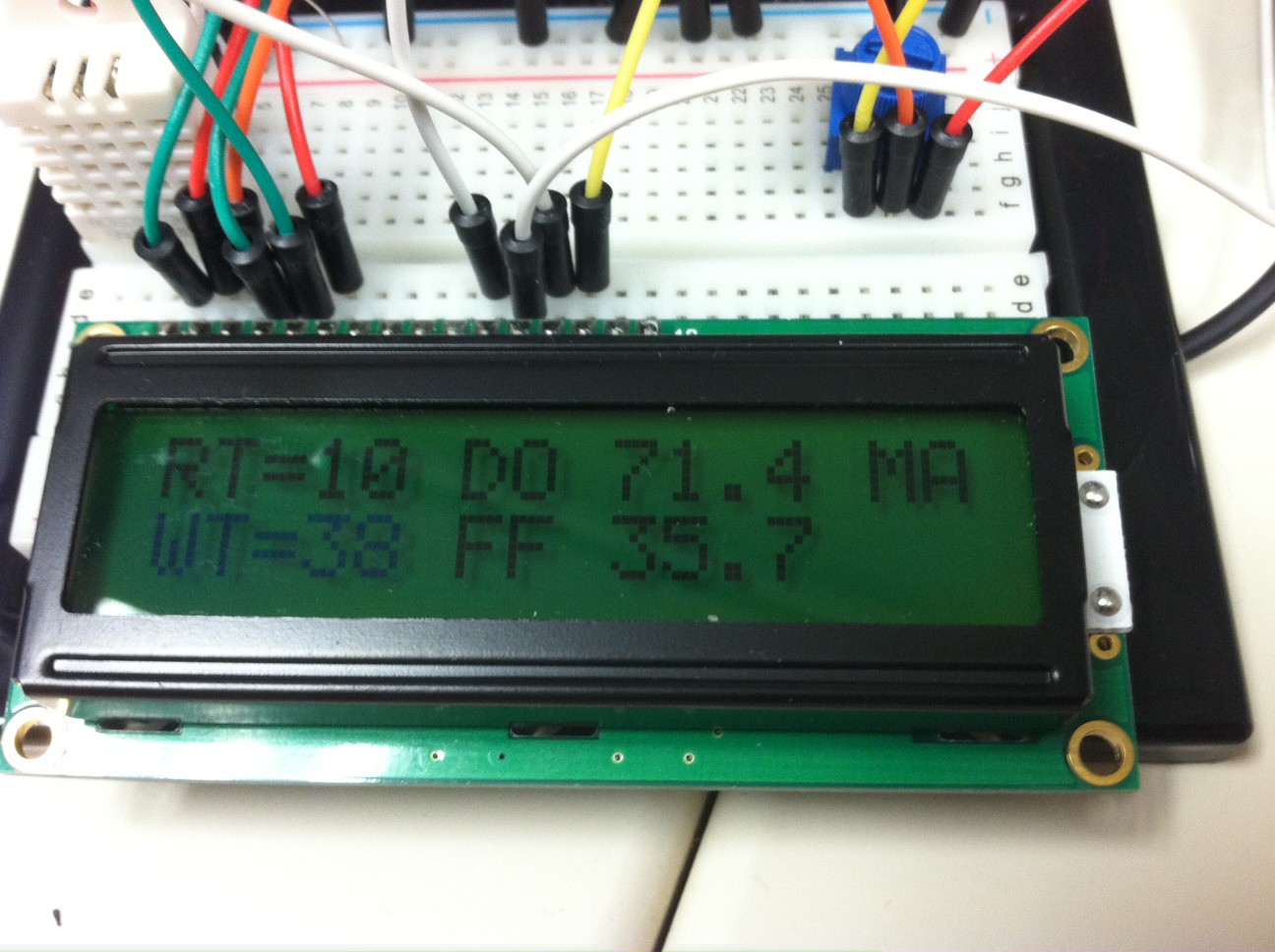 Ok, so what is this telling us? RT = Run Time, WT=Wait Time and these items will flash and count down during their intervals. DO/DC = Damper Open/Closed, FO/FF = Fan On/Off, the temperature is 71.4 and the relative humidity is 35.7. Mx = Mode, Absolute or Differential. In the lower right hand corner, not shown here, is a little blinking thing that will flash every couple of seconds if the unit is waiting for a new temperature sample.