Stickvise is a low profile vise designed for PCB soldering. This product was born on Hackaday.io. 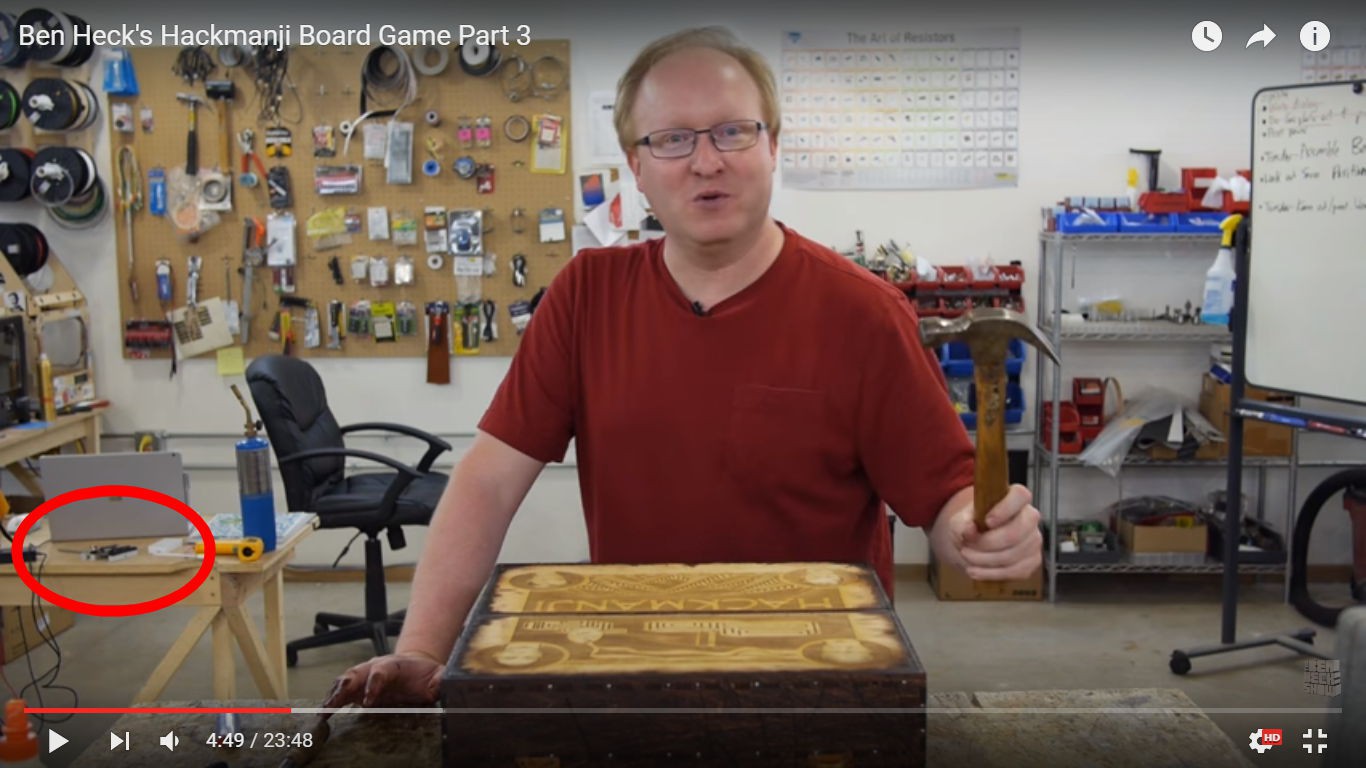 I sent Ben Heck a Stickvise a couple months ago, I thought it was a long shot to even get a response but I wanted to at least give it a try. You have to put yourself in his shoes, he probably gets tons of unsolicited crap shipped to him every week that people hope will make it into one of his videos. It turns out he was really nice, even sent me a thank you email when it arrived and told me that he was using it a few minutes after it arrived. Very cool of him to do that.

I noticed in the show's latest video (covering the completion of his Hackmanji game) that Stickvise was on his bench in the background the whole time. Not sure what he's holding in the vise but it's an honor to see it being used!

I sent his Stickvise out with a customized "Ben Heck Show" PCB, I thought it looked pretty cool: 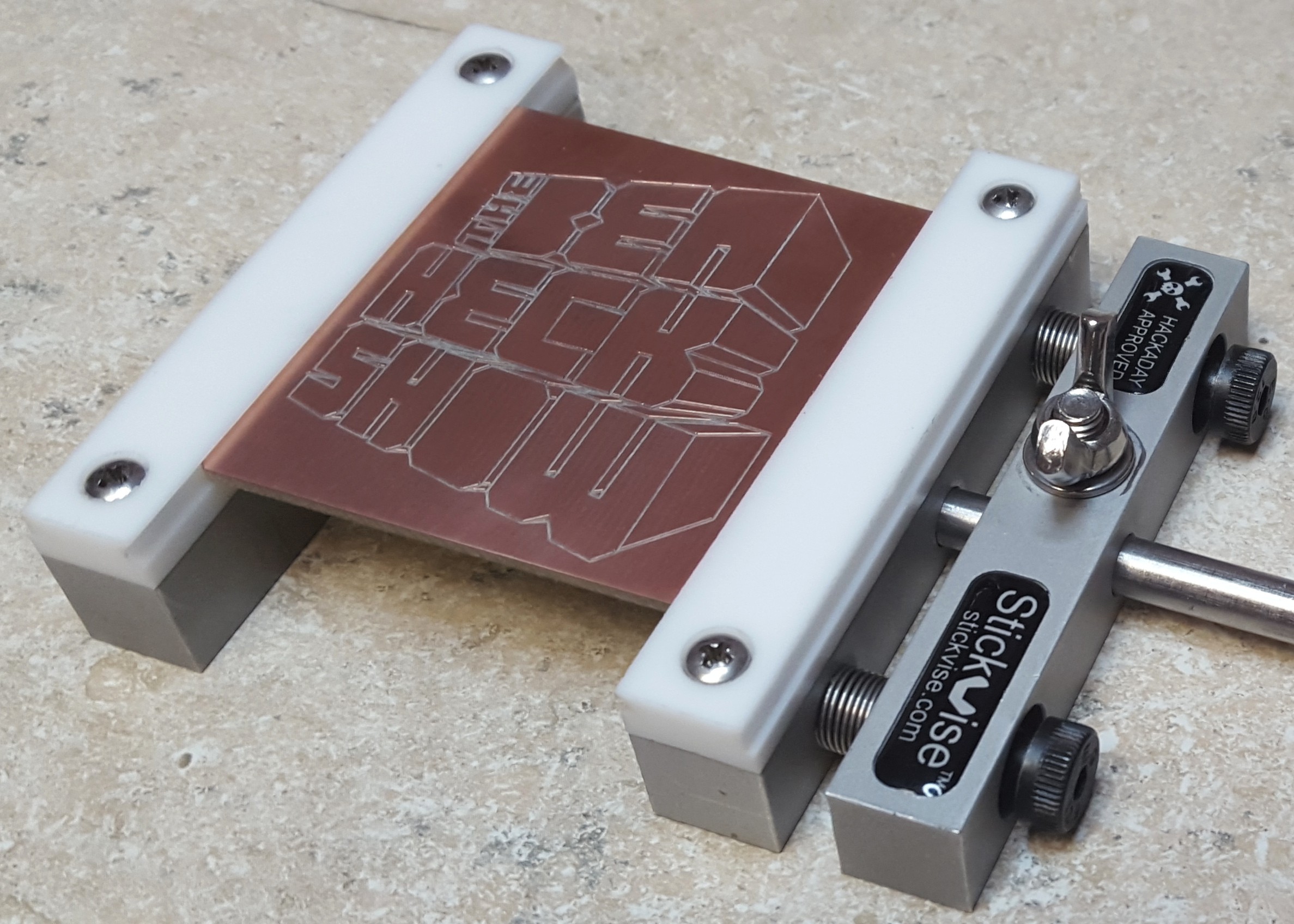 Here is the episode