The PCBs just came from DirtyPCBs, and I had the servos waiting since some time already, so I made a brother of the µKubik. It uses pretty much the same cirtcuit as the pKubik, my other project, but uses the much cheaper, but bigger, SG90 servos. I also added a socket for a cheap ultrasonic distance sensor (much cheaper than the IR one used in µKubik). The software is exactly the same as for pKubik (I didn't even tweak the leg dimensions in the code, although I should).

The result is a budget version of the µKubik, with all the parts together at about $25. 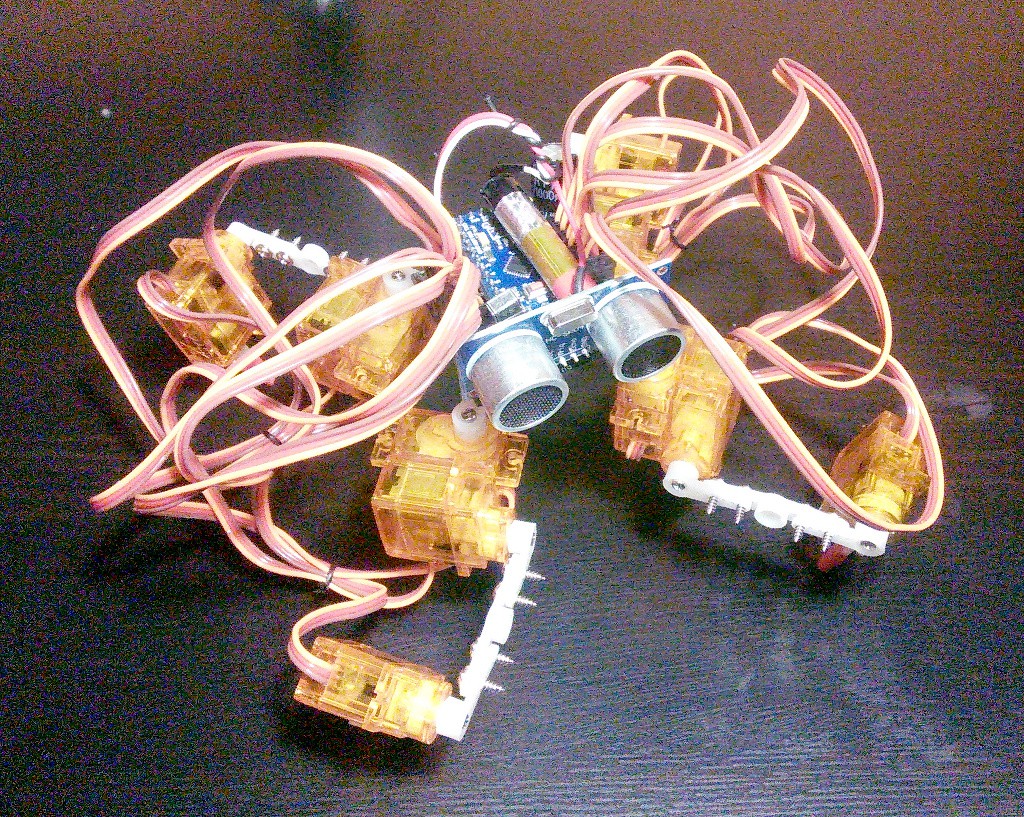 It's a nice starting point for building walking robots. The serial and I²C interfaces of the Arduino are free, so you can use them to communicate with anything you want to add to the robot -- whether it's a more powerful processor, additional sensors or a laser gun. The software is also very simple and leaves a lot of room for experimenting and improvement. And you don't need any custom parts, except for the PCB -- the legs use the servo horns and screws that are shipped together with the servos.

I will keep on working on better assembly instructions and maybe an improved PCB design (the current one has some tight spots, where order of soldering is important). Maybe I will manage to somehow organize some kind of a workshop, or even a contest for building them. We need more walking robots everywhere!