Neuron production has begun. This is my first foray into reflow work, so there has been a bit of a learning curve. Here, I made two sticks of four Neurons each and uploaded a test program to light the LEDs up white: 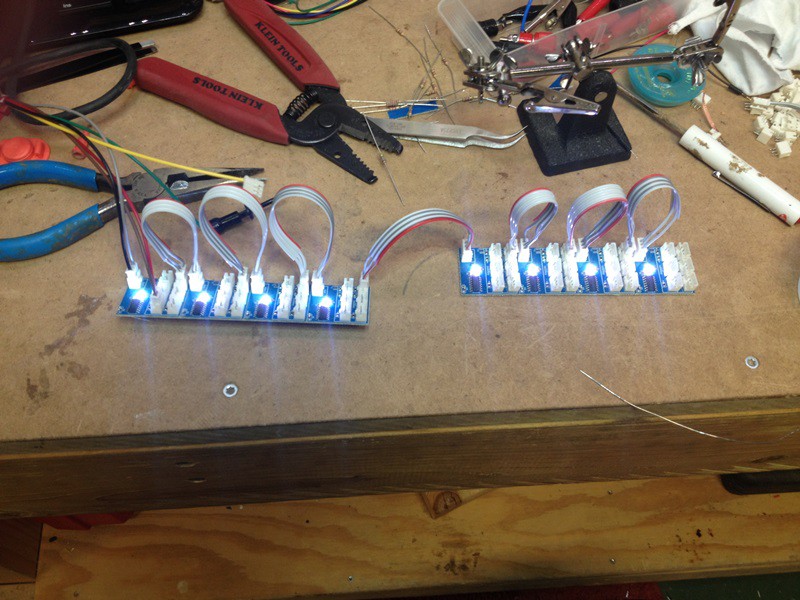 Next, I tried doing eight at a time: 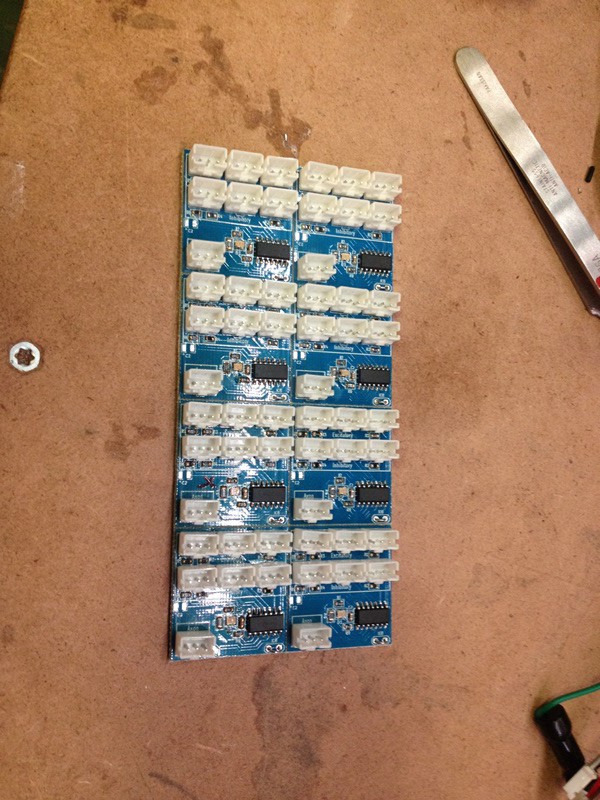 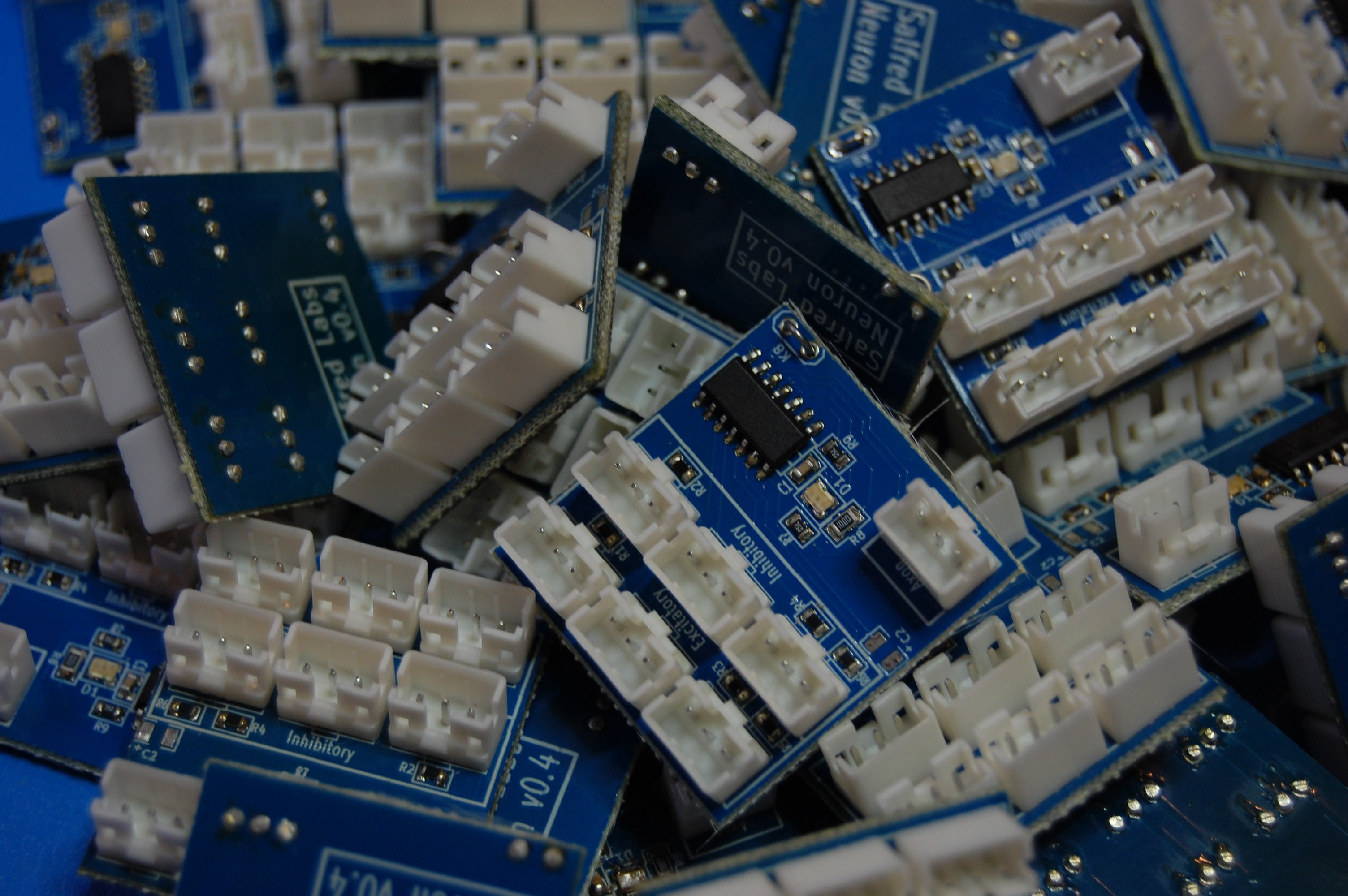 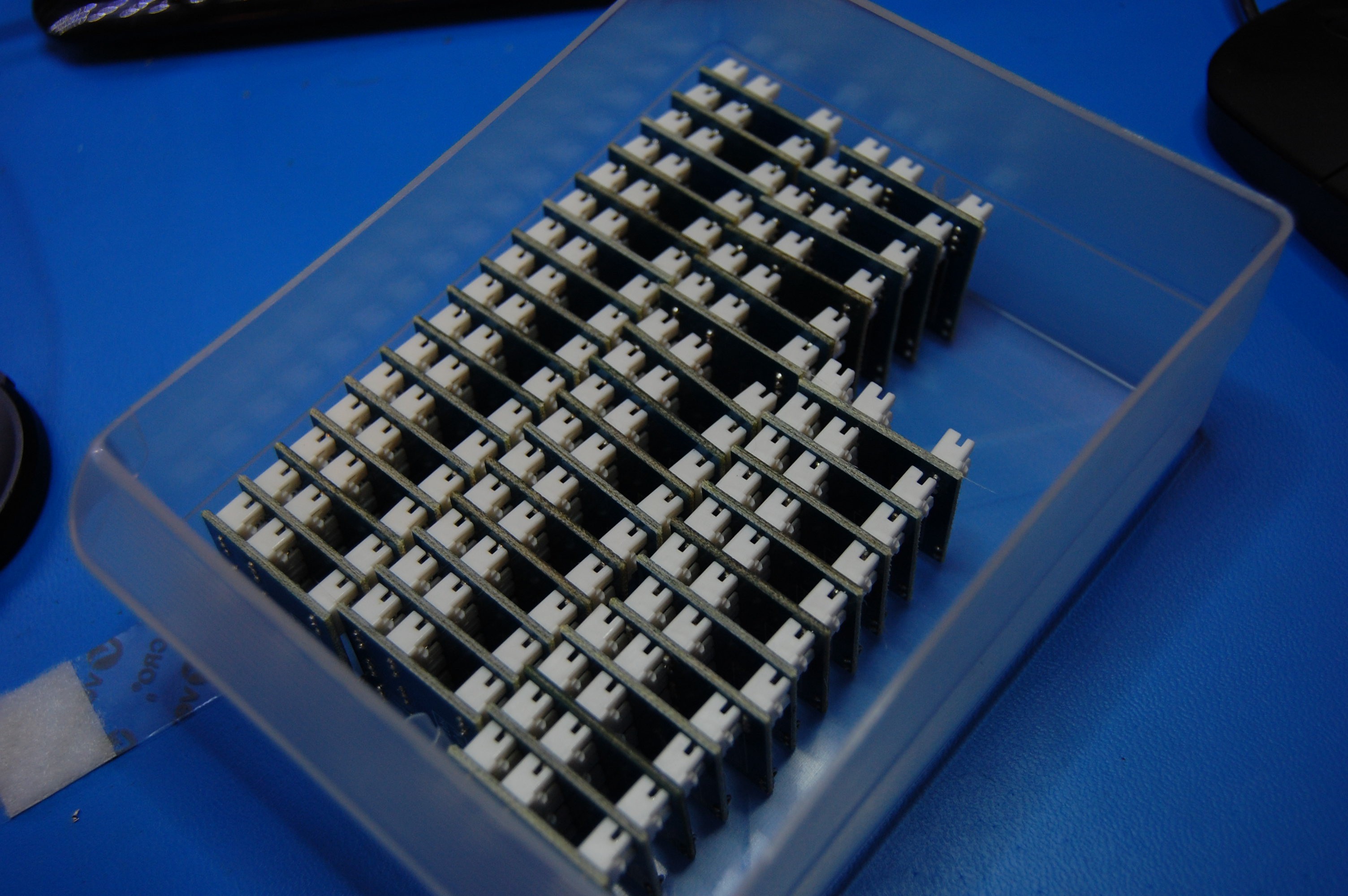