I wanted a domino clock, and decided the cheapest way to build it is using LEDs.
If all the parts are on hand it should take about 4 days of building - after hours.

There are numerous different kinds of domino clocks out there on the internet, I looked at few of them and where I would get the parts locally (South Africa).

After making cost calculations I decided to build one using an arduino micro pro, a few shift registers and leds.

I found a cheap boxframe from a hobbyshop that would fit all the parts comfortably. The frame has a glass front and is about 4cm deep. Ideal to fit the electronics in. Covering the glass with one-way mirror or tinting frilm would allow the electronics to be hidden, but only the LEDs to shine through.

The first idea was to use cheap table tennis ball halves to house the LEDs in, but they would be to big for the frame. After searching for alternatives I came accross pill/makeup holders (see the photo) that were short enough to fit into the case. 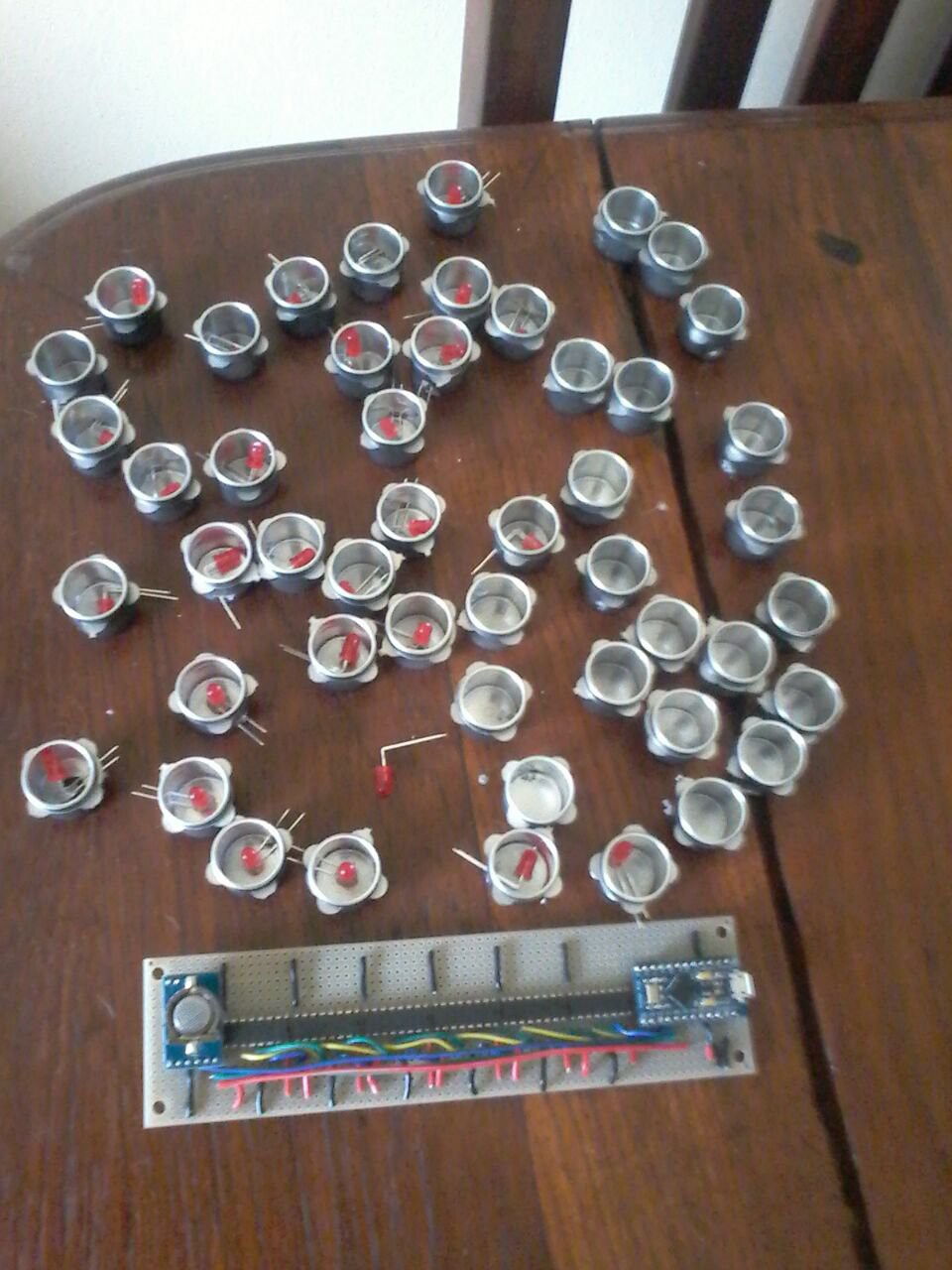 The pill holders did not press up against the glass as I wanted, so I epoxied the caps to the bottom of the boxframe, which worked like a charm.

I wanted to use film to hide the electronics, but after seeing the cost (R400.00 for a roll at Builders Warehouse) I decided against it. Spraying a layer of the mirror paint onto the inside of the frame worked very well. I covered the paint with an 2 part epoxy (liquid glass), I got from a hobby store. I had to spread the epoxy with a card, this caused streaking of the mirror paint (seems like the epoxy in its wet form acts like paint remover), and the paint to become more grayish. In hindsite, I should have used a spray-on covering, but it does work for my purposes... 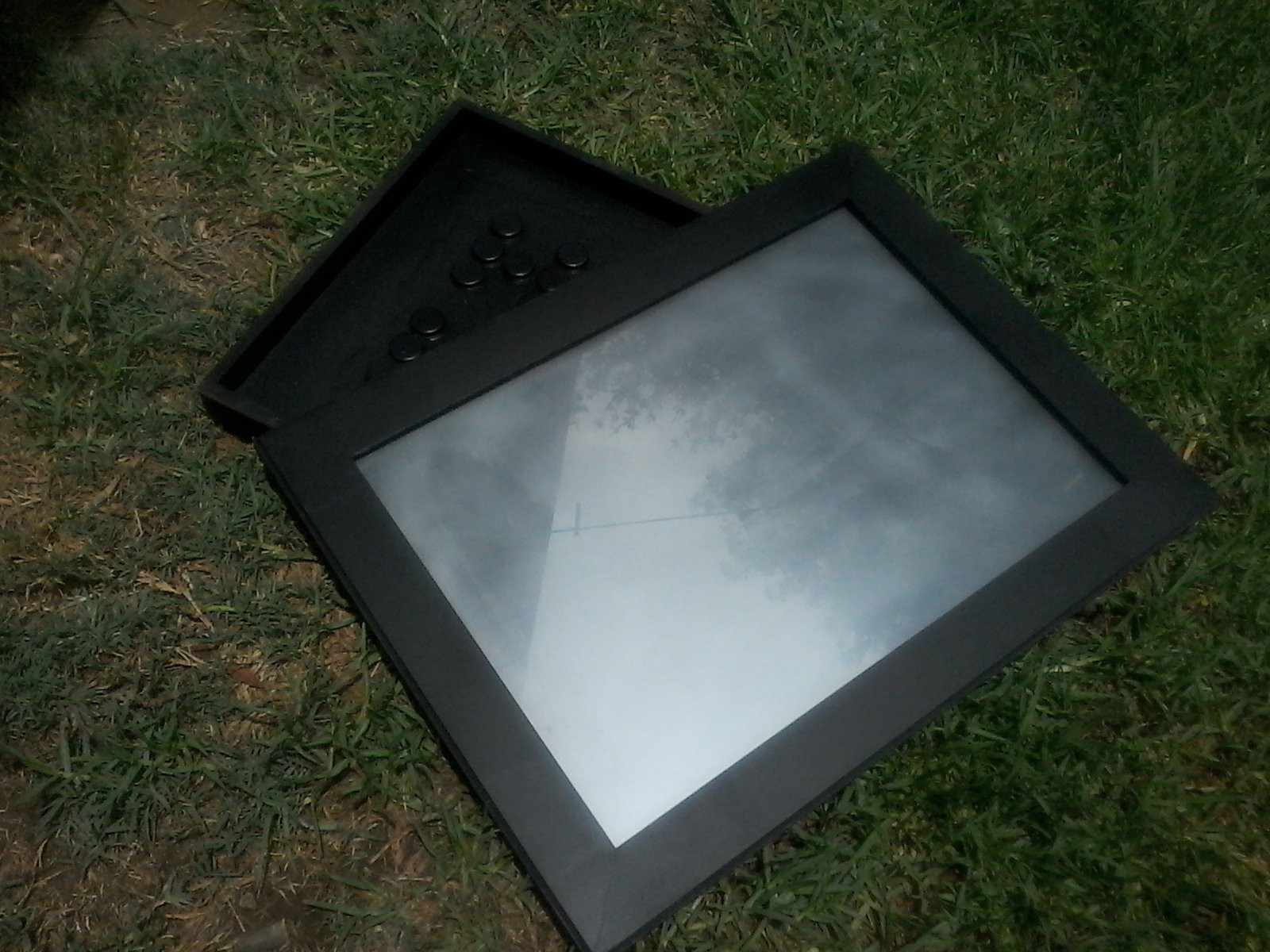 I have assembled a board (still have to learn how to make a circuit diagram to publish the details ;-) ), but followed the instructions on arduino's website to assemble (http://arduino.cc/en/tutorial/ShiftOut).

I bent the pins on the RTC breakout so it lays paralel with the breakout board. and connected it using the instructions on the arduino site: (http://playground.arduino.cc/Main/DS1302)

I plan to power the project with from a wall plug, so I am trying to source a +-2A 5v charger/power supply for cheap. This should be enough to drive the electronics.

I still have to buy some more red leds and resistors as I do not have enough on hand. Cant wait till the end of the month! ;-)

Wire up the leds to the board and write the code.

If you have any ideas inputs or comments, they are welcome :) !

I will look into it and experiment a bit. :-)

davedarko wrote 11/15/2014 at 03:48 • point
wow, that is a lot of shift registers :) If you don't mind me asking, why haven't you used one register to select one out of six dominos and another to show the number on that previously selected domino?

The filaments used in "vintage" Edison type light bulbs are readily available and can be used to make 7 segment displays.
Project Owner Contributor