I was not sure about the use of Angel Food Cake as a translucend material in the cake that inspired me to do that. Jello seemed the obvious choice for me. The problem with readily abailable Jello is that it's mainly either red or green which would render the the two letters of RGB pointless.

That's why I tried to make "neutral" jello. Ideally it should taste well in combination with a choclate cake. Any juice based jello was ruled out because of lacking color-neutralness. So I came up with the idea to use tea. I found some choclate/cinamon flavoured spiced chai (which seems a good choice regarding taste) and a lemon/ginger tea which I tried because of the color (lack of color, that is).

The left is the spiced chai jello, on the right is the lemon/ginger jello. I used 4,5 gams of ground gelatin, 250 ml of tea and 10 grams of sugar for each of the two samples.

Next I needed a test object to fill the jello in. I had a piece of leftofer pastry in which I punched three 19 mm holes: 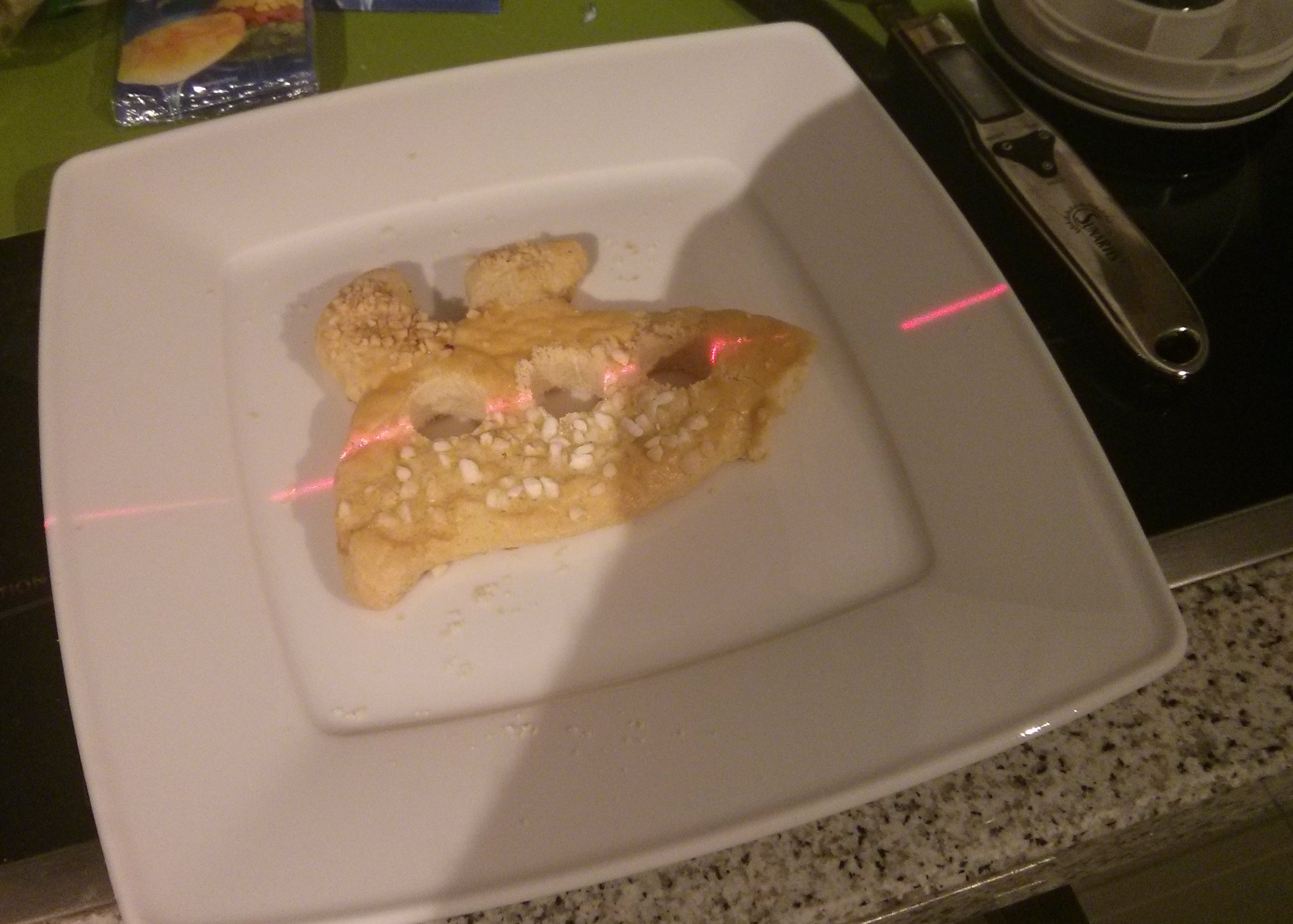 I have to admit that using a line-laser was not really needed. But would't it be foolish NOT to use a laser in the kitchen when you get the chance? The holes are spaced at 31 mm since this happens to be the spacing of the individual LEDs of the stripe...for my own convenience I did not want tu cut up the stripe into individual LEDs . After I dediced to go for the chai jello I filled the holes. But I had to wait roughly 90 minutes to give the jello time to get a thicker consistency otherwise it flows straight through. 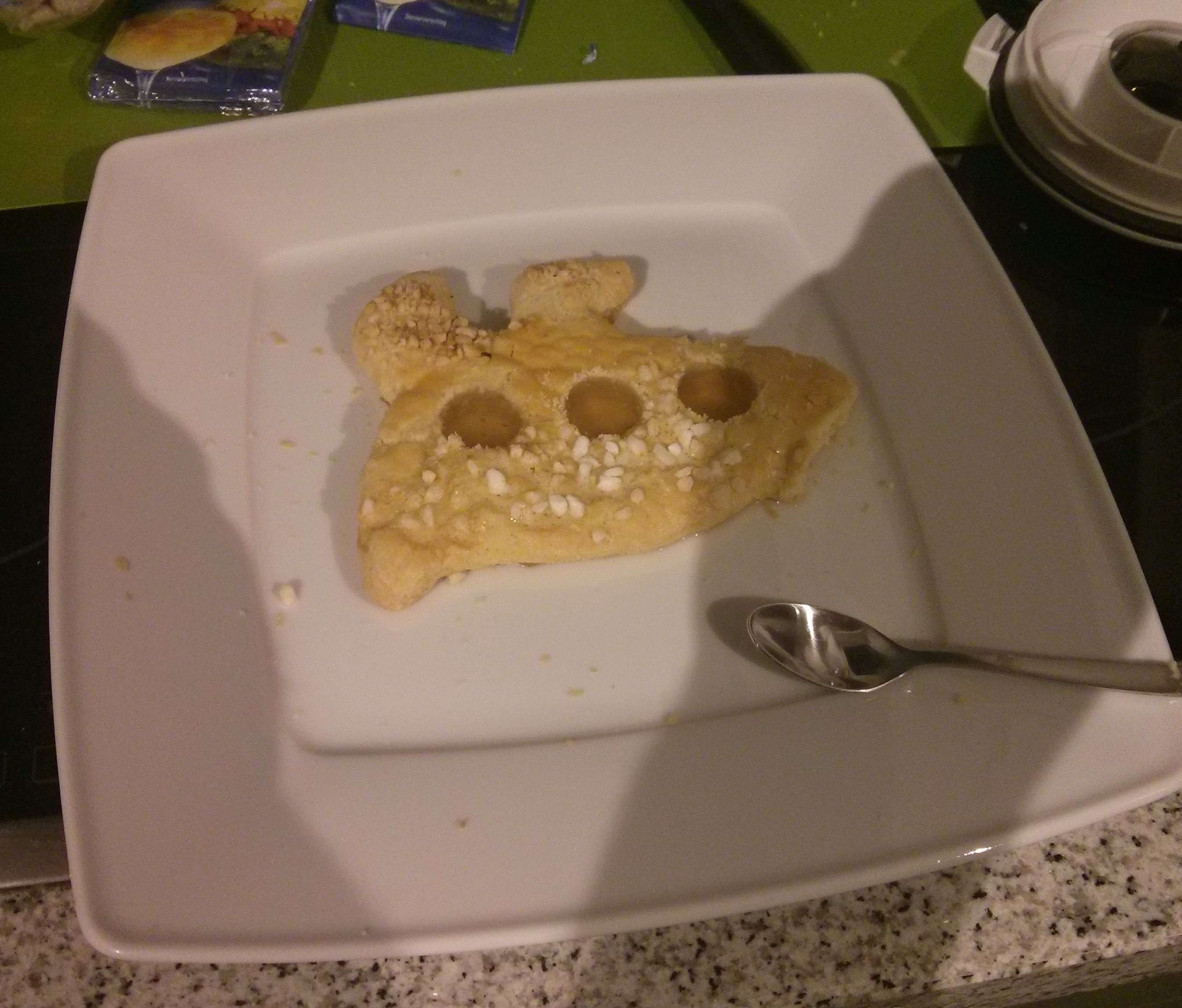 I went for the chai jello because it turned out clearer than I've hoped and was far superior in term of taste.

After my test object spent the rest of the night in the fridge I placed it on plastic foil the next morning and placed it on my LED stripe: 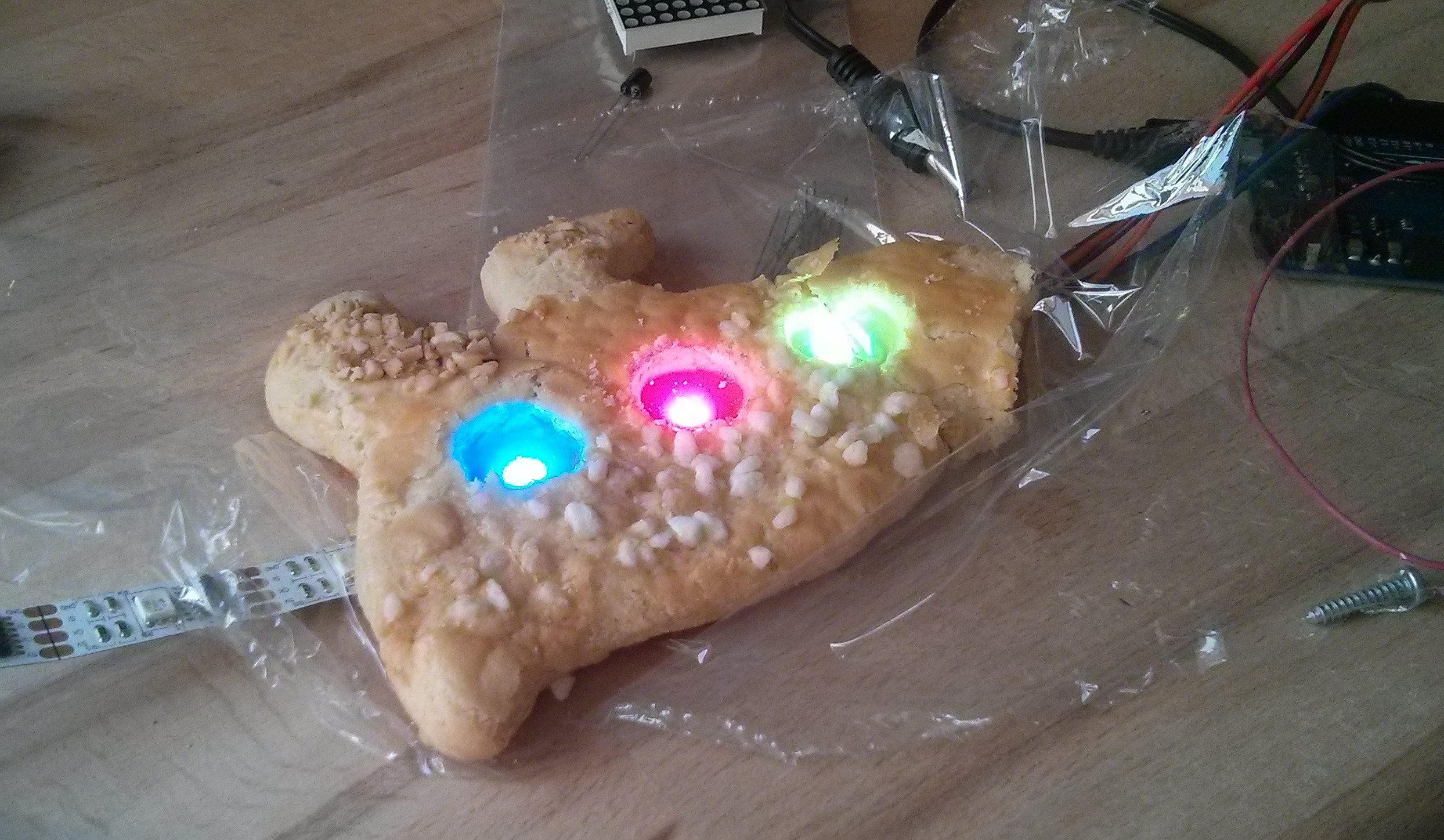 The results were quite pleasing. I plan to top the cake with a little powdered sugar which sould diffuse the light nicely. But I was pleased with the color reproduction and the brightness. The pixels were clearly visible in a daylit room.