I started this project by measuring my wedding ring. I like its form factor and it fits well enough, and the wide curved stone on the top seemed like a nice element to replace with LEDs:

That got me in the ballpark; my fingers are all different sizes and I figured the PCB edge wouldn't be nearly as accommodating as a smooth gold band, so I decided on a ~19.5mm opening. After creating initial footprints in KiCad and pulling them into Inkscape (via *.svg export), I putzed about for a few hours and came up with a reasonable PCB outline: 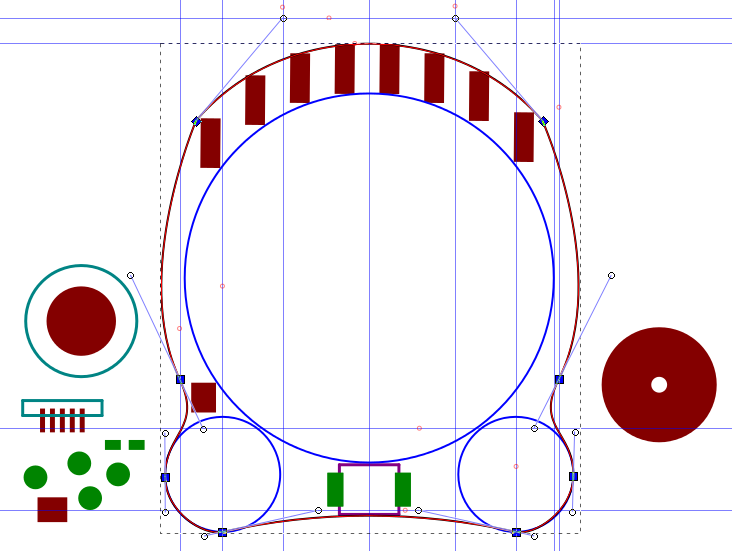 A few things to note here:

I then imported the outline as a *.dxf file (twice) into KiCad and got the two halves aligned on the same grid: 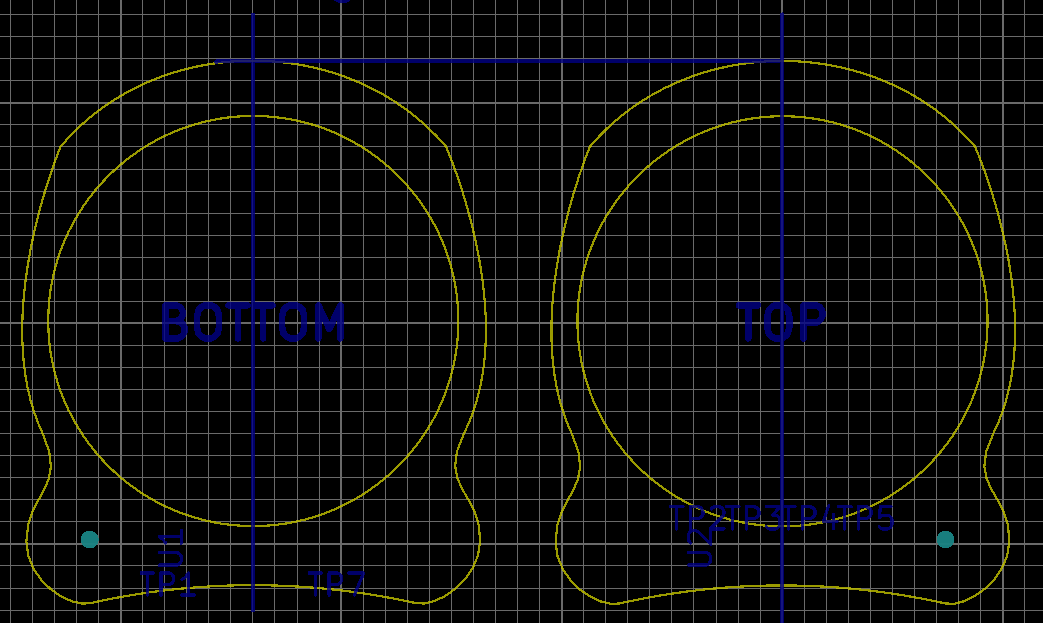 At some point, "the perfect is the enemy of the good" applies here. I added centerlines and moved the respective outlines until they were aligned within 25 microns or so, but they aren't perfect. It doesn't really matter. Next, I created a circular array of LED footprints (again, twice...), tweaking spacing and radius until they seemed to fit nicely: 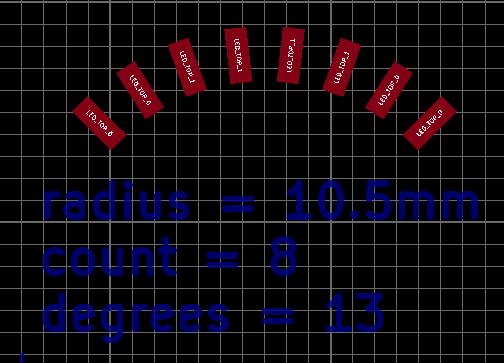 Note that I added the specs to the PCB comment layer, and manually named each LED footprint to its appropriate net. Then I deleted all the originally imported LED footprints. Probably a simpler way to do this, but it worked for me.

Routing was straightforward. I arranged the Charlieplexed LEDs in such a way that I minimized vias and was able to run the four signal lines as four pours around the skinny part of the ring, which avoided awkward jointed traces: 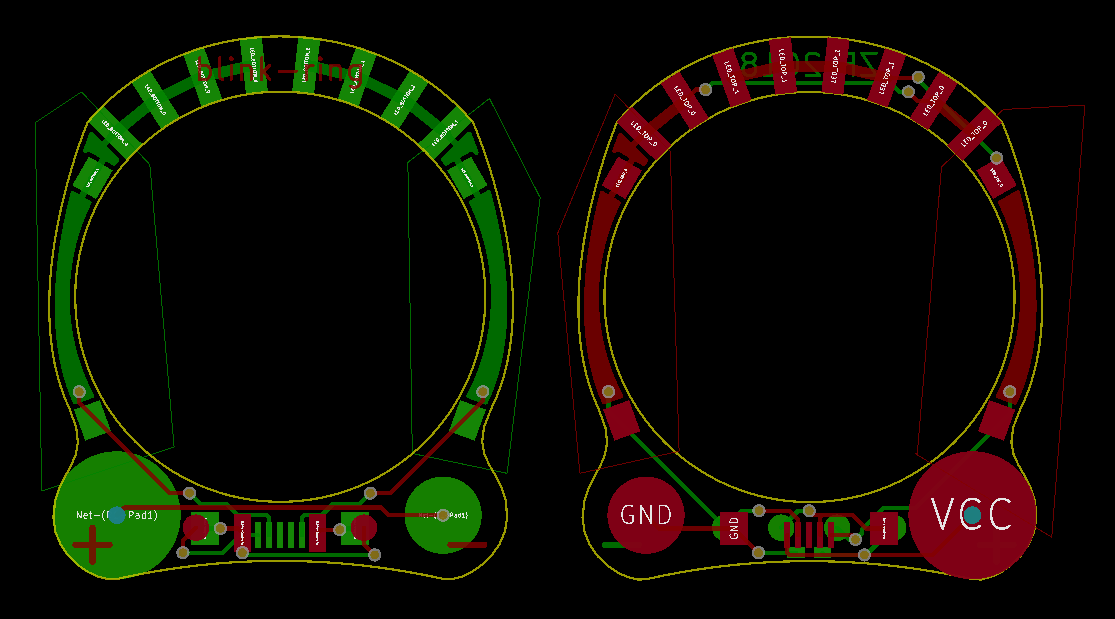 Note the four 0805 footprints above and below each of the side pours -- these were added post-netlist for the 20M structural resistors. I used a high value here since they short out the LED signal lines; I suppose I could have pushed the pours to the outside of the ring, but this worked well enough. This also caused one screw-up, as I improperly specified one of the front-layer pours resulting in an unintended gap: 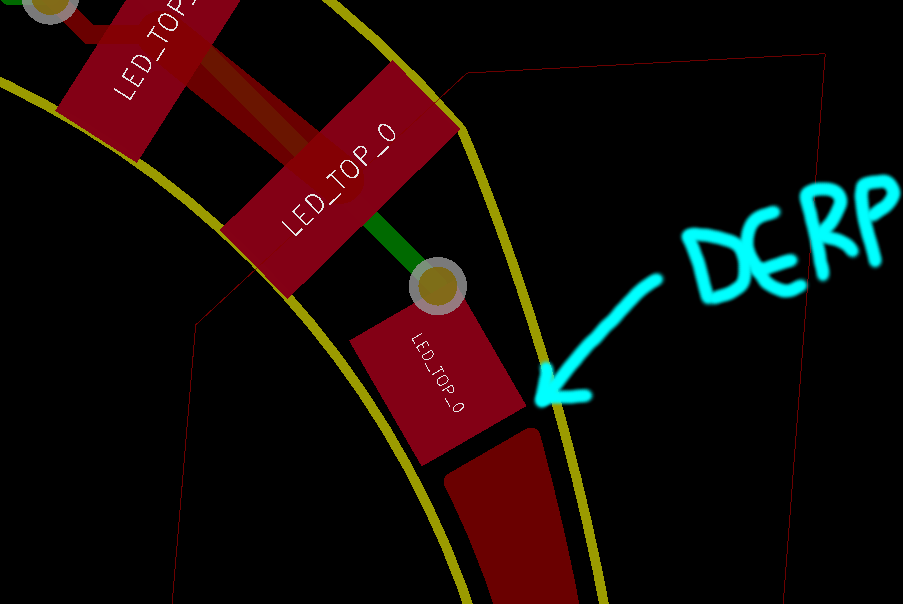 After assembly and programming and still not being able to light up the center four LEDs, I discovered the problem, scraped away a bit of solder mask, and added a blobby bridge:

Agreed! This stuff is super fun.

that is awesome! will remember that for future projects.. thanks!