I finally got around to assembling the first non-breadboard version of the minder. In order to keep size down without a custom PCB I used a kind of dead-bug style of assembly, along with an alternate mounting arrangement for the LiPoly backpack. Anyway, pictures! 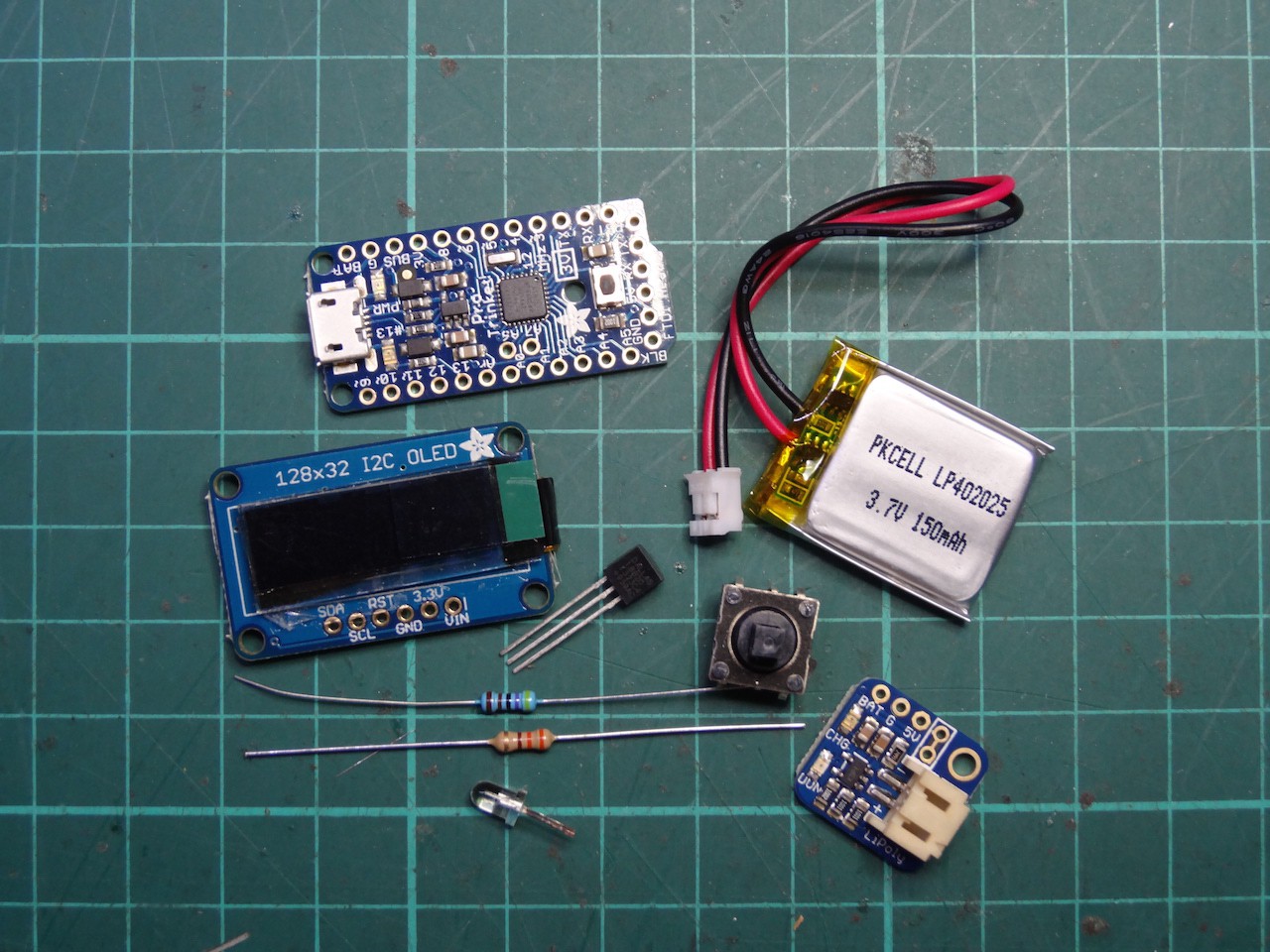 I used a small piece of strip board to host the discrete components (nav switch, temperature sensor, resistors and LED). The LED and its resister are new; I thought some indicator I could use to draw attention when an alarm condition occurs would be a good idea. 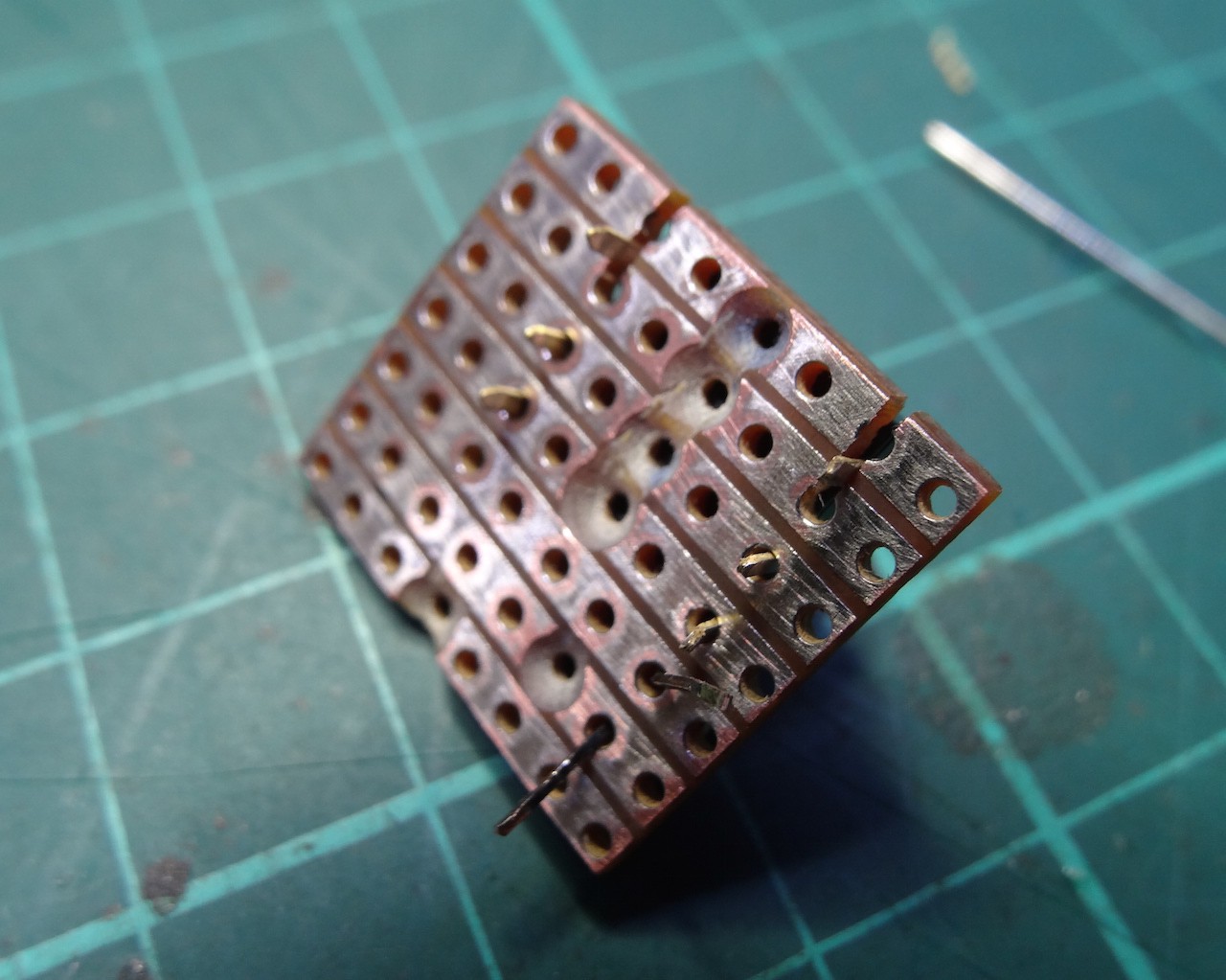 I used the BUS and GND pads at the Trinket's FTDI connector to attach the LiPoly backpack. This makes better use space for my application. A separate wire then runs from the backpack to the 3.3V pad on the Trinket.

After mounting the backpack I ended up with 4 distinct bits; the Trinket+backpack, the OLED, the discrete carrier board and the battery. I connected the first three together using fly leads of wire-wrap wire. I quite like this stuff; very thin, surprisingly forgiving of being flexed, and stiff enough to hold a shape. I assembled it flat out, arrange so I could fold the front parts (OLED and discrete board) over, with the battery sandwiched between the front and back (the trinket and LiPo backpack). Overall it ended up being surprisingly small for a device I hadn't built a custom board for. Of course a case is still needed; I might be able to get away with some clear heat shrink, or I'll have a go at getting my 3D printer working long enough to do a proper case. 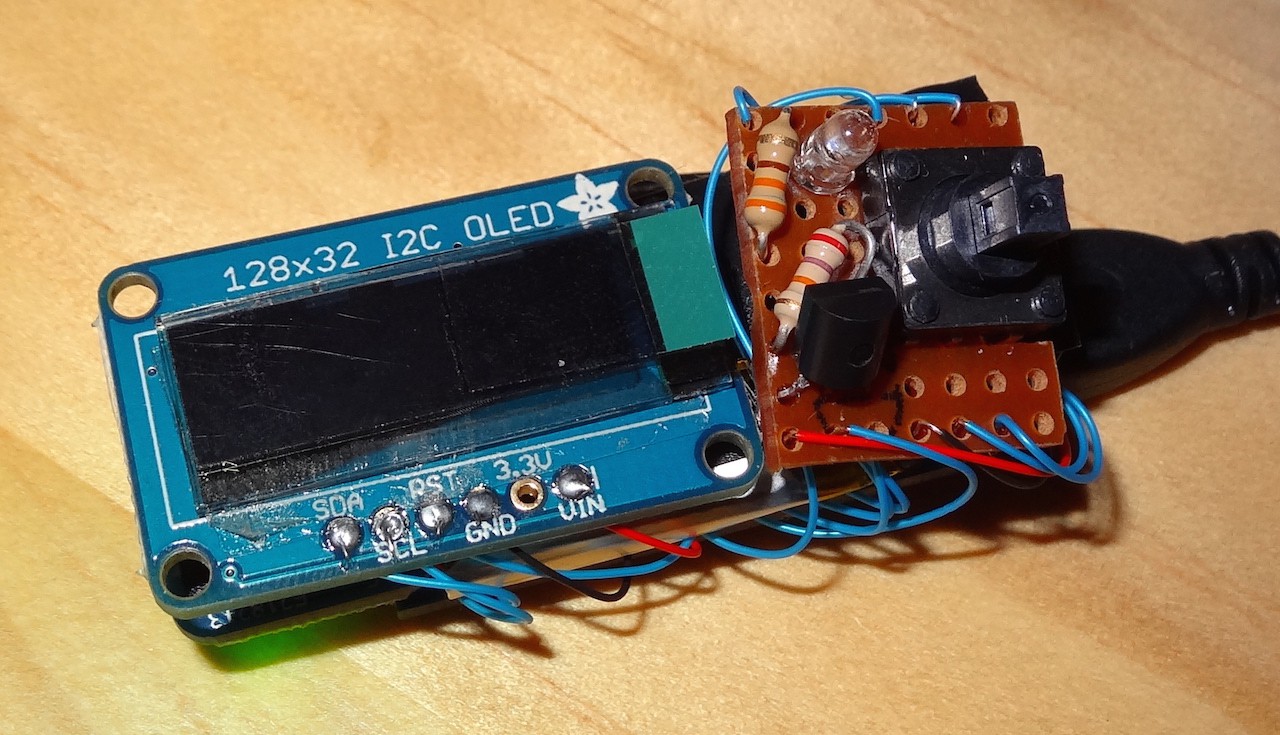 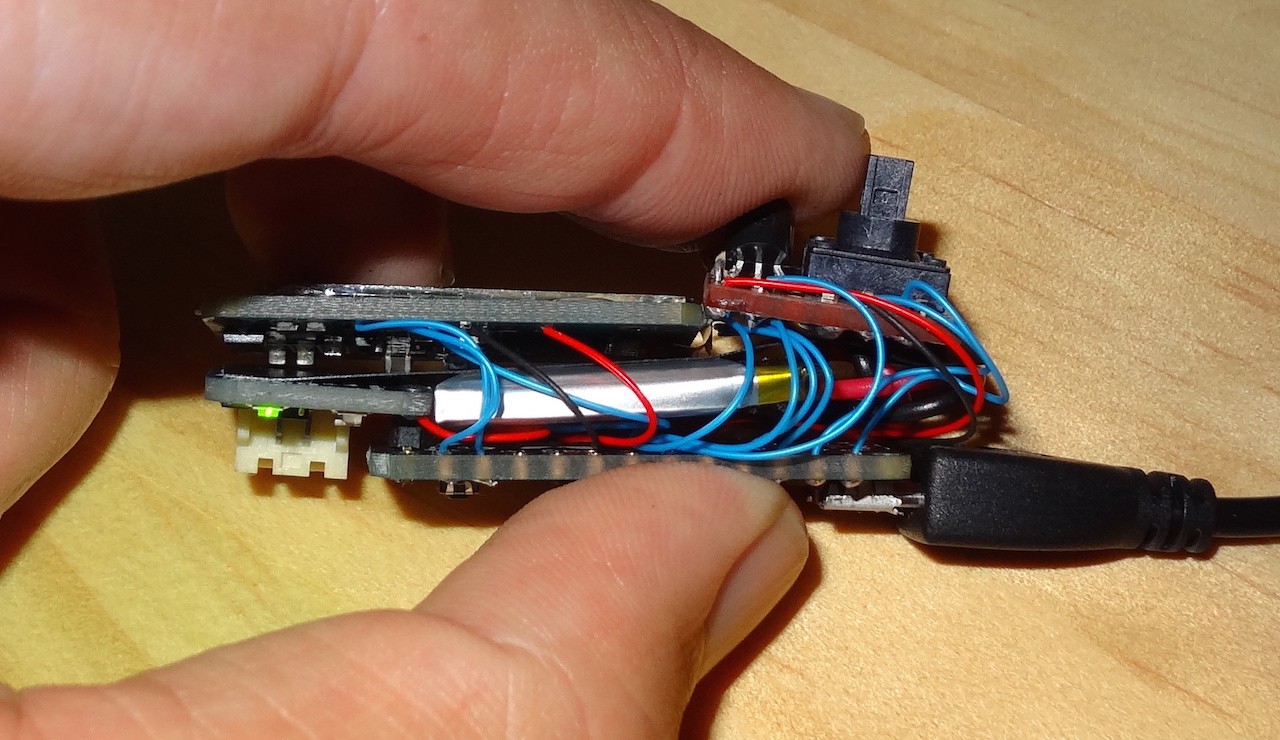 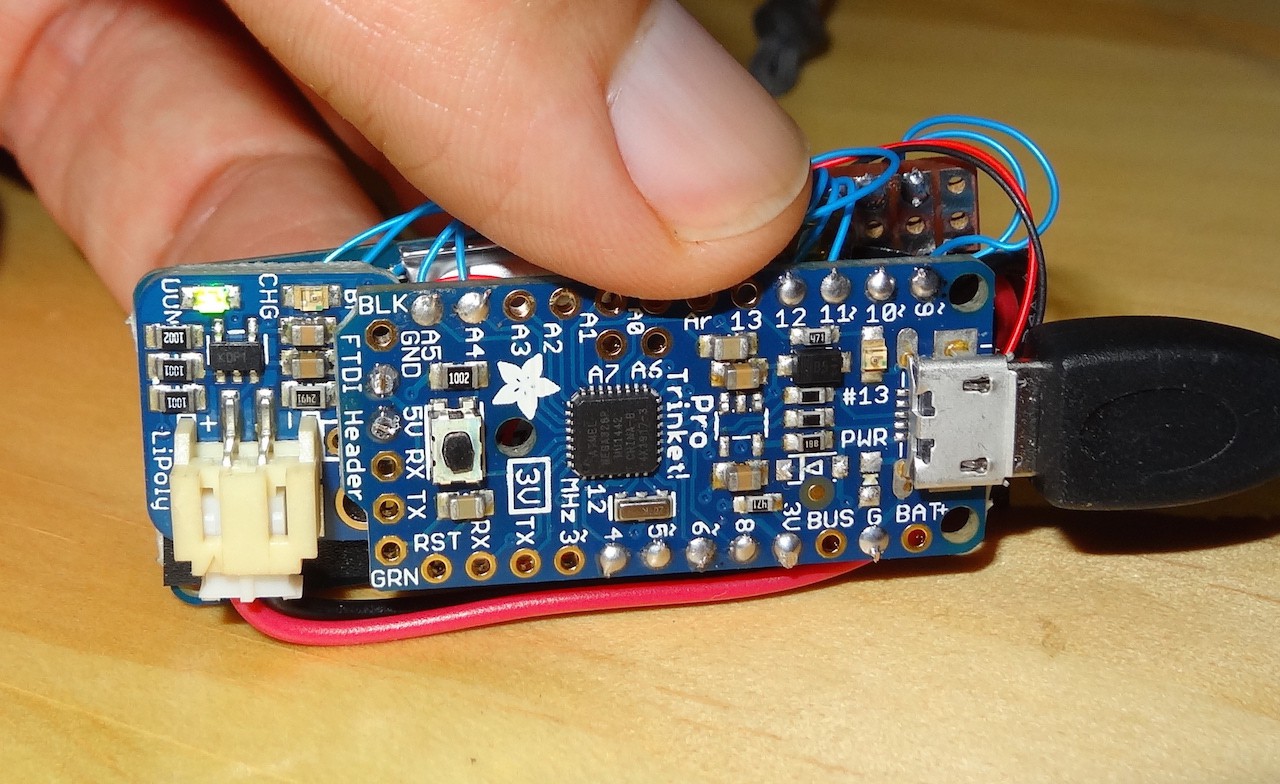 I'm now trying to decide if I want to take this further. There are two problems with it at the moment:

To go further though I'll have to design and assemble a custom PCB using surface mount components. Not something I've done before. A first step though would be to modify my breadboard layout to use a bare ATmega328 and confirm that the power usage drops to what I was expecting.
Previous Log

Complete... until the next one