Complete... until the next one

Finally finished the Insulin Minder (well, Mark 1 - see end of log). After soldering the bits together, I have added some double sided tape to keep it all together and add a little solidity. I then designed a case for it in OpenSCAD and printed it out in ABS. It didn't print perfectly (the nice curved edges on the back and front ended up quite blobby - my printer does not yet have a filament cooling fan, so I think the overhang presented it with difficulty). 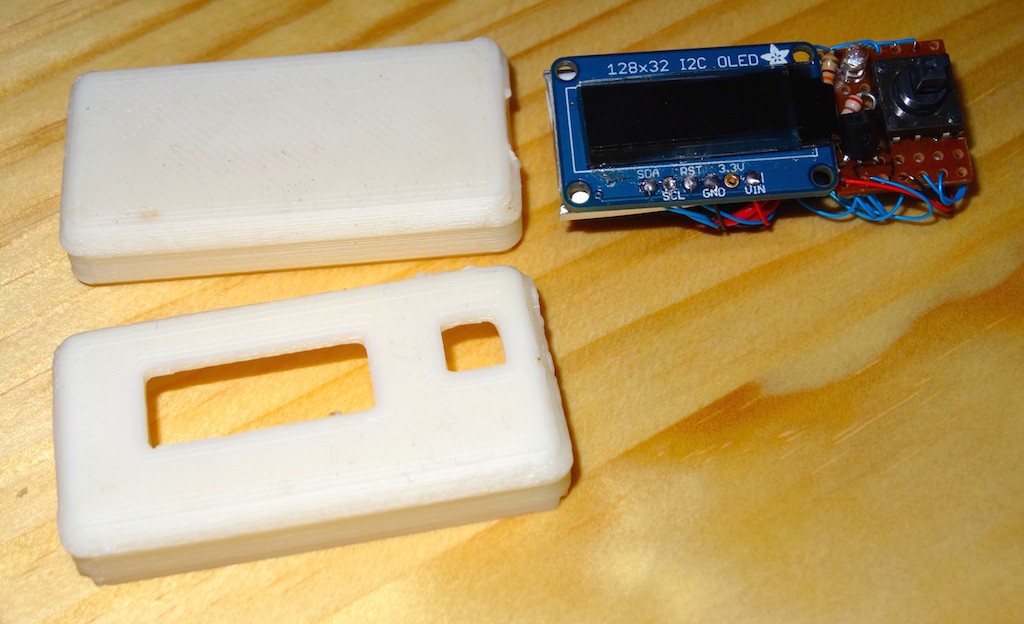 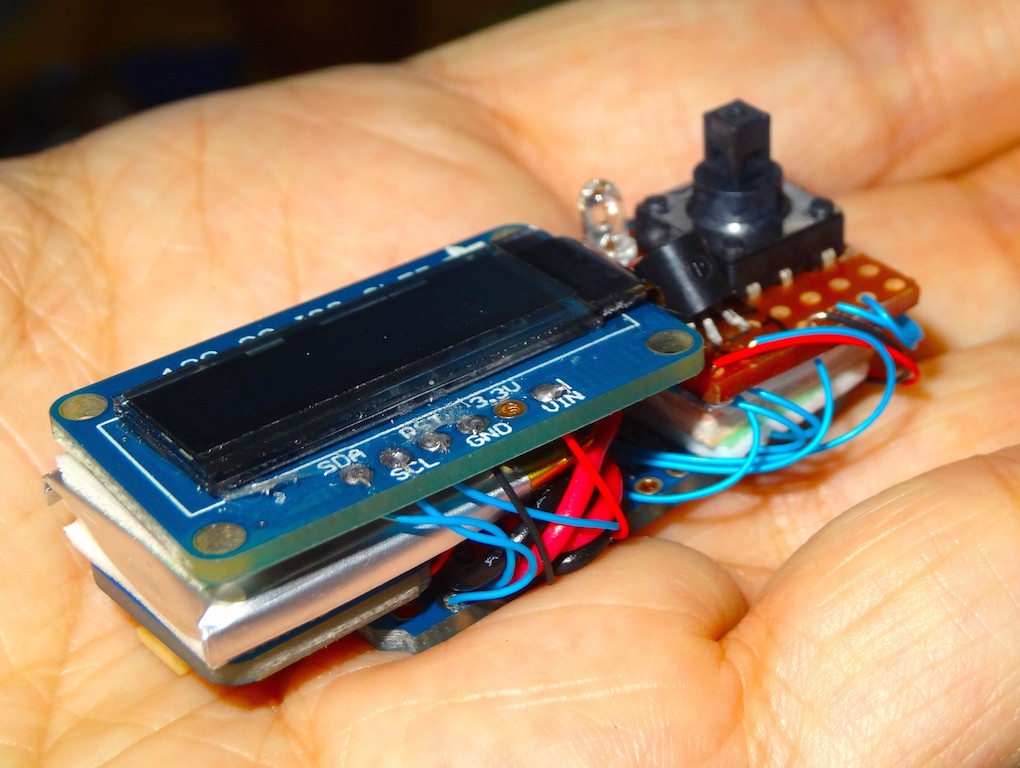 I have actually been travelling for a week away, and had a chance to use it properly. It came in handy one night when I had doubts about the bar fridge I had my insulin in; it seemed unusually cold for these and I wanted to make sure it wasn't getting down to zero. After a night in the fridge the Insulin Minder was able to confirm it only dropped to a nice safe 4 degrees centigrade. Another day I spent some time in the engine room and the boiler room on an old steam tug (love steam engines). Despite 45 plus temperatures, the interior of my bag never got over 31. Nice having the certainly around it.

More coding to be done of course (add the histogram in, make use of the alert LED, injection site tracking) but the main functionality is complete. There is still the battery life issue - I hope to mock up an ATMega on a breadboard this weekend and get to the bottom of that. Finally the main issue is size - using off the shelf parts it has ended up being three PCBs sandwiched together along with the LiPoly battery.

So, if I can solve the battery life issue, I think I will have a go at a Mark 2 by making custom PCB incorporating the ATMega, the battery charge circuitry and support circuitry for the OLED display. I may also move to three or four SMD tactile switches rather than the navigation switch (which is nice but a bit bulky). Thats all a level of integration and detail I have not really delved into much before, let alone significant SMD work.