Using a Trinket Pro and Photodiode to detect gamma radiation.

After spending a few hours reading through the linked articles below, I'm beginning to get a better idea of the theory behind using a diode to detect radiation. There are still more questions than answers at this point. Most of them revolve around component substitutions (whats the need for that now obsoleted JFET in the Improved Radiation Meter circuit?) and how I will be able to test the in-progress circuit and final device. I'm also doubtful that the 5V reverse-bias voltage across the diode will produce enough signal to amplify. I may need to get another step-up convertor or add a second power source such as some coin cell batteries. 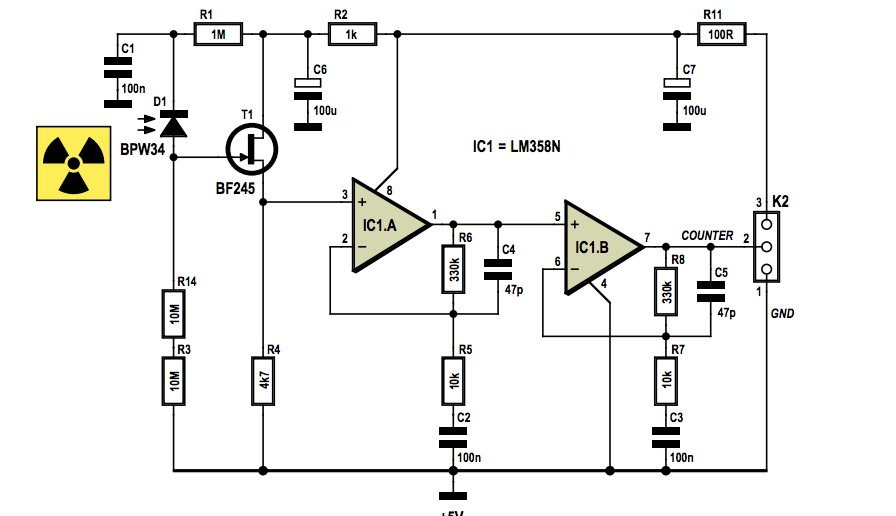 I'll be basing my design largely off of the Improved Radiation Meter circuit (image above copied from the PDF), with a few subsitutions. Instead of the Atmega88, I'll be using a Pro Trinket. I won't be using an LCD for output, rather a small Neopixel strip and a vibration motor. The whole circuit will be powered by a LiPo battery and stashed inside an Altoid tin with some windows cut for the Neopixels.

Adafruit's BlackFriday sale gave me the kick in the rear needed to buy the parts, also 15% didn't hurt.