Using a Trinket Pro and Photodiode to detect gamma radiation.

Over the past week, Black Friday/Cyber Monday sales were a great excuse to purchase all the parts. The only things outstanding are a few 47pF caps that need a newark or mouser order. I'll post the formal component list later in the month once the schematic is finalized.

One mistake so far- I accidentally ordered a Trinket non-pro from Adafruit instead of the correct "Pro" part. Rather than pay $8 shipping to order a replacement, I bought a Pro-version off a fellow maker from the local Makerspace, so I know its got good juju.

I also took the opportunity to start populating the headers on the Neopixel board and the Trinket Pro, as well as to start writing some of the code. 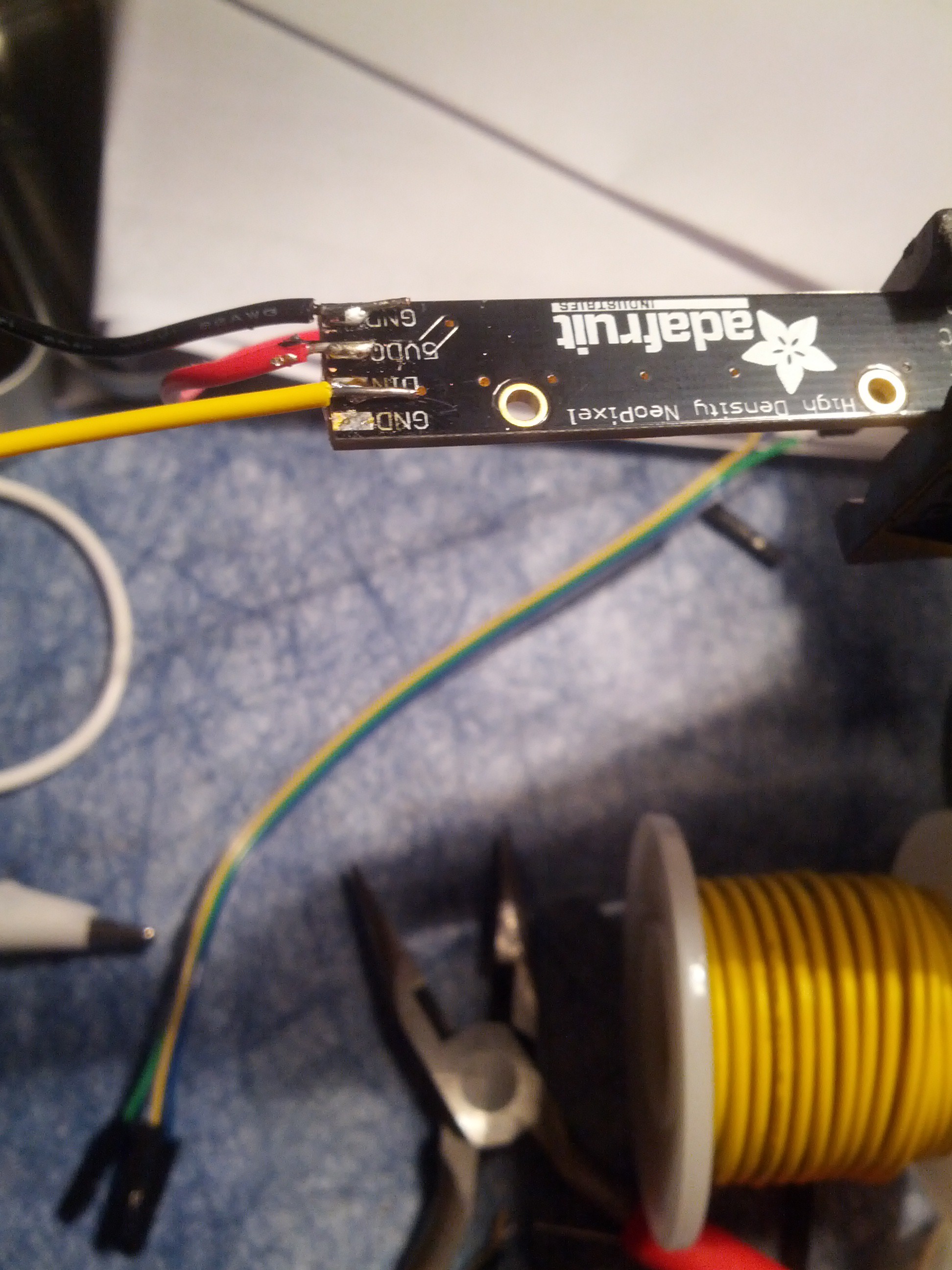 The Neopixel display was also assembled this week, which basically came down to soldering three wires onto a PCB. It was harder than it sounds, because Adafruit was not nice enough to put through holes for connectors on the NeoPixel sticks. A coating of hot glue will help to reinforce the joints.

I basically had to solder the wires to the board twice, as the first round of wires had the wrong gender connectors on the other end. I soldered male connectors, when I needed females to connect with the header on the Trinket.

On the software side, my first task was to learn how to upload images to the Trinket Pro. After messing around with Linux for a few hours, I gave up and fell back to the pre-packaged OS X Trinket Pro Arduino IDE. This worked on the first try. I also wrote a quick program that will manage the LED display. With 8 LEDs, an "alert level" between 1 and 8 is provided to a function. This determines how many LEDs are lit up and the color of the LEDs. The colors progress from green (just one or two LEDs) up to red (all 8 LEDs). There is also a fade effect, which will slowly turn the LEDs off over the next 2 seconds.