So this was my first version: 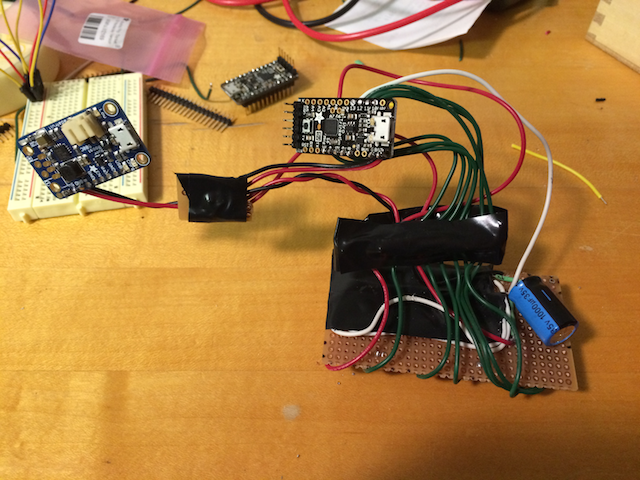 Lots of big, not-very-bendy wire. And perfboard junctions. Then I tried to put it into my Altoids box (my chosen form-factor). Well that just sucked. Here's what I've cut it down to so far: 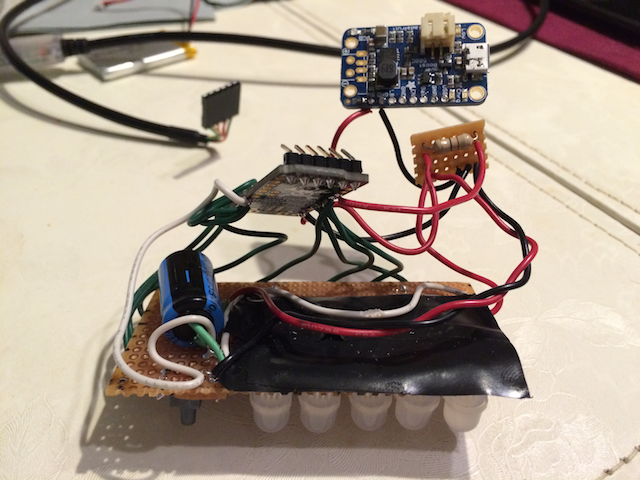 I took out the perfboard that connected the LED matrix to the trinket and the booster, then merged what I had left onto one much smaller perfboard. The single resistor seen on the perfboard *was* going to be the one pull-down resistor I needed, until some pesky reality busted in on me. I may be able to use it, but reversing the polarity and crossing the streams or something.

But at least this fits into an Altoids box. Well, it does if I don't actually *need* a battery. Hmm.

Also, note the bent pins on the trinket serial connector. That's an essential part of of the "fits-in-an-altoids-box but still debugs" technique. You may think that's a bad thing in a conductive metal enclosure, but I've got something for that in the next installment.

Circuits in a metal box