The next few steps - padding and tracking

PC compatible VR system for use with PC games. The goal, just to see what I can do with 50 dollars. :)

I added foam padding that is wrapped in a silk-like cloth to help make the unit more comfortable.

After which, I decided to pick up some lenses locally. I forgot to take a picture of them before I stripped the lens out of each pocket magnifier, but here is the packaging for reference. I cut out squares for each lens to fit and then put a tiny drop of glue in each corner. The lens needs to be placed at 45mm from the front of the display. When doing some initial testing, I found that watching rift videos on youtube, that these lenses managed to straighten out the distortion (rounded corners) and make the lines appear as they should. 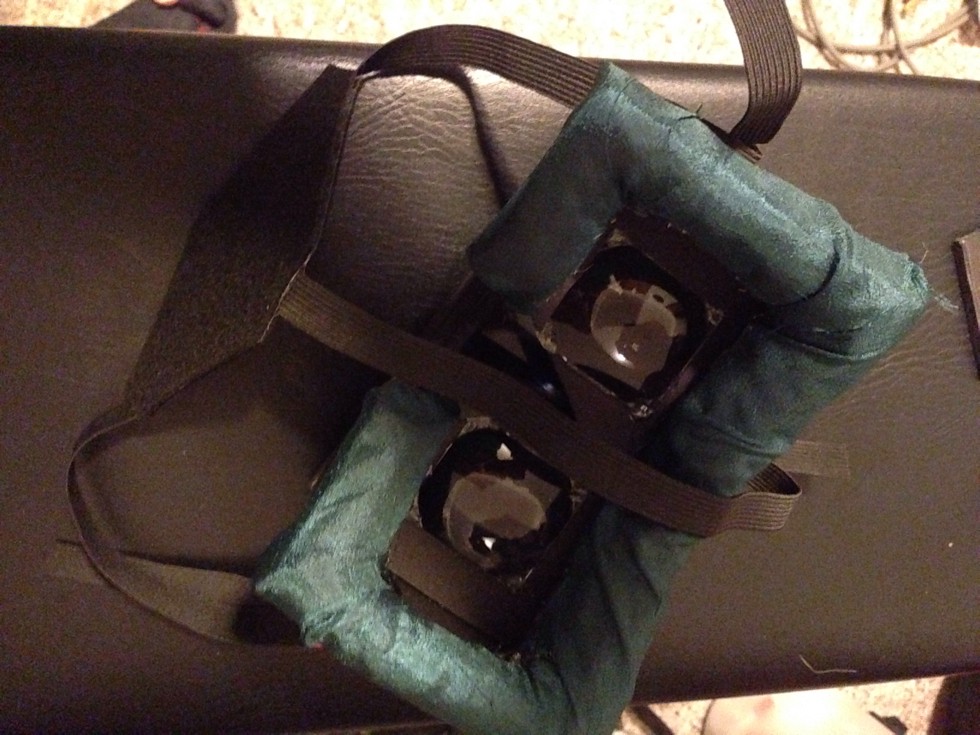 The next step was to add IR LEDs to the unit, to do this I tapped off the power and ground on a usb cable, while leaving the data lines intact. 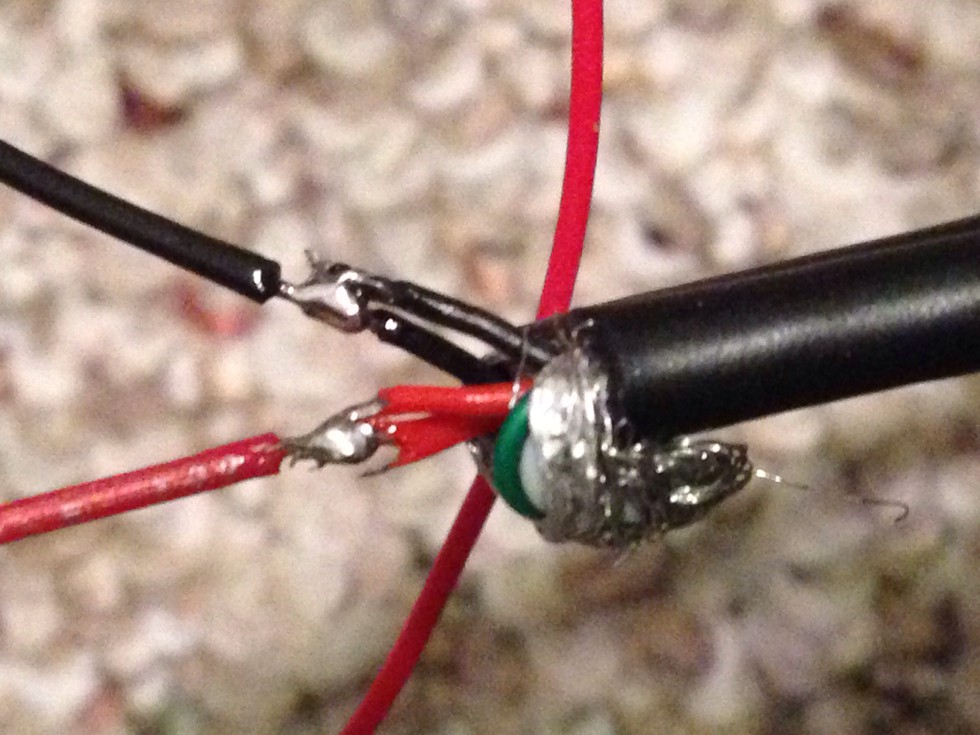 Then I added a resistor to allow me to properly power the 2v LEDs. You need 3 to do proper tracking in programs such as freetrack. I added an extra wire to allow me to expand or make changes later. 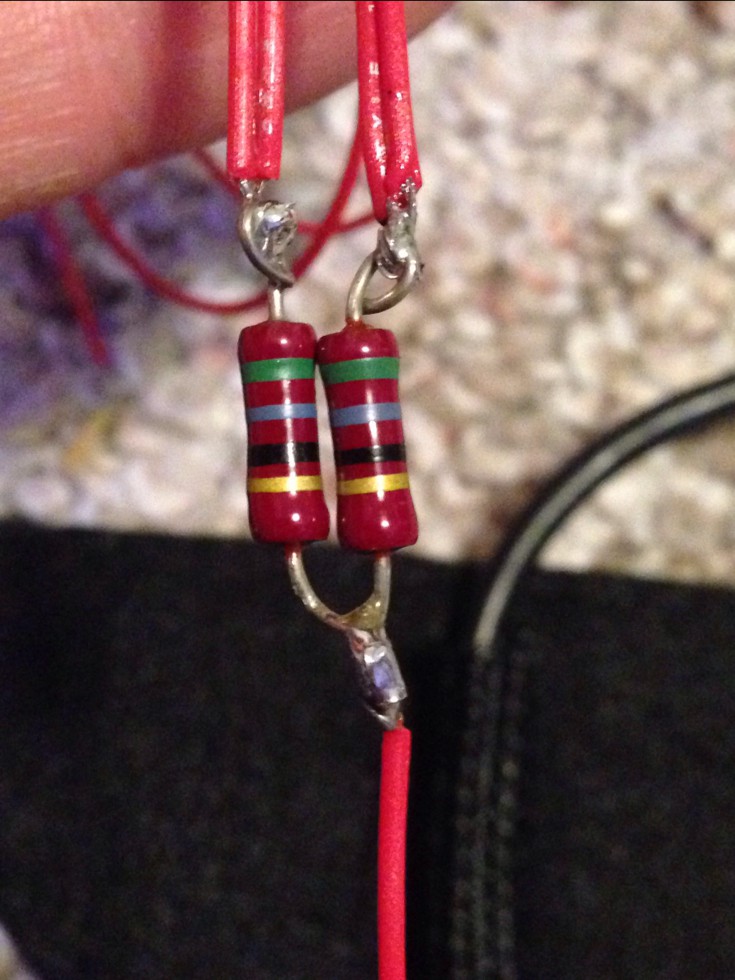 The LEDs are mounted on each bottom corner of the face with the top one sitting on the center trap that goes over the top of the head. This is not the most ideal solution but for now allows the unit to be tracked by the PC. 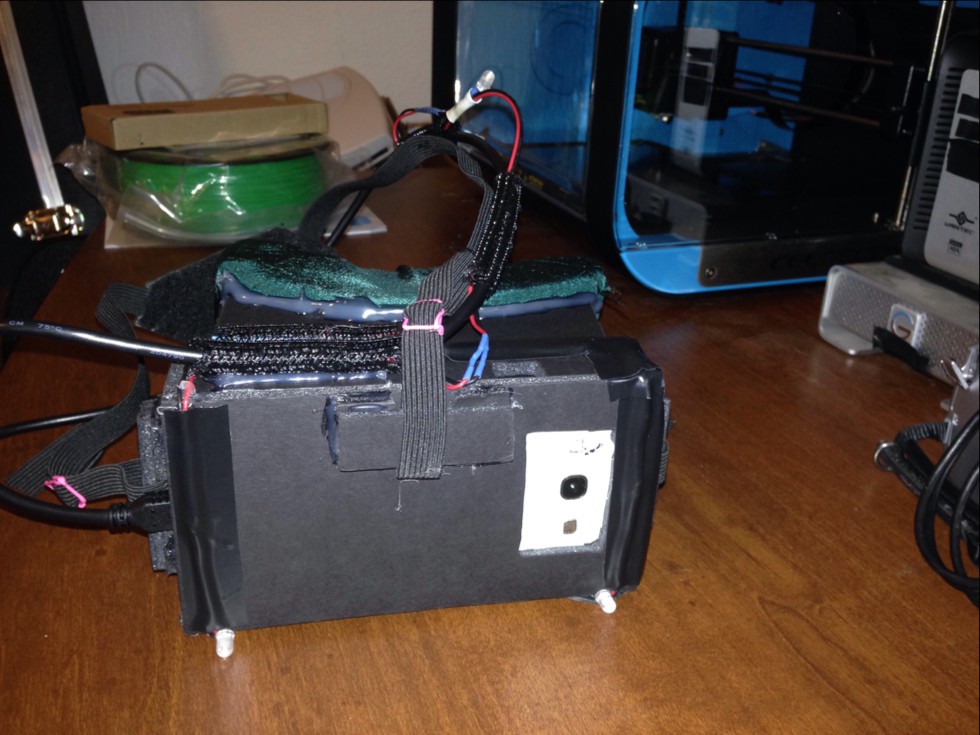 The resistors were sealed with heatshrink and then placed into the split tekflex pieces on the top of the front part of the unit. I have been keeping all the wiring confined to the front display "tray" to allow me to do some experimentation with the lens system in the future. The lens box can easily be removed and is held in place when the unit is worn by the pressure of the bands and friction.

I tested this arrangement with my standard webcam and the lights appeared bright to the camera and were easily tracked when the room was dark. The LEDs did require a bit more diffusion and this was accomplished by using a find sandpaper on them.

Next up, modification of a playstation 3 eye camera so that I can track in a properly lit room.