Argh! These parts are all wrong!

I've got an IMU in my pocket and it wants out.

I know my second project log is not where I'm supposed to say "I chose the wrong parts" but realistically, this project is based on scraps on my desk. Of course those were the wrong parts. Sometimes that's all you have. Naw, let me rephrase to be more honest: usually the wrong parts are the only ones you have. Engineering means carrying on.

Though my issue seems to be the large battery won't fit in my box with its cable plugged in. 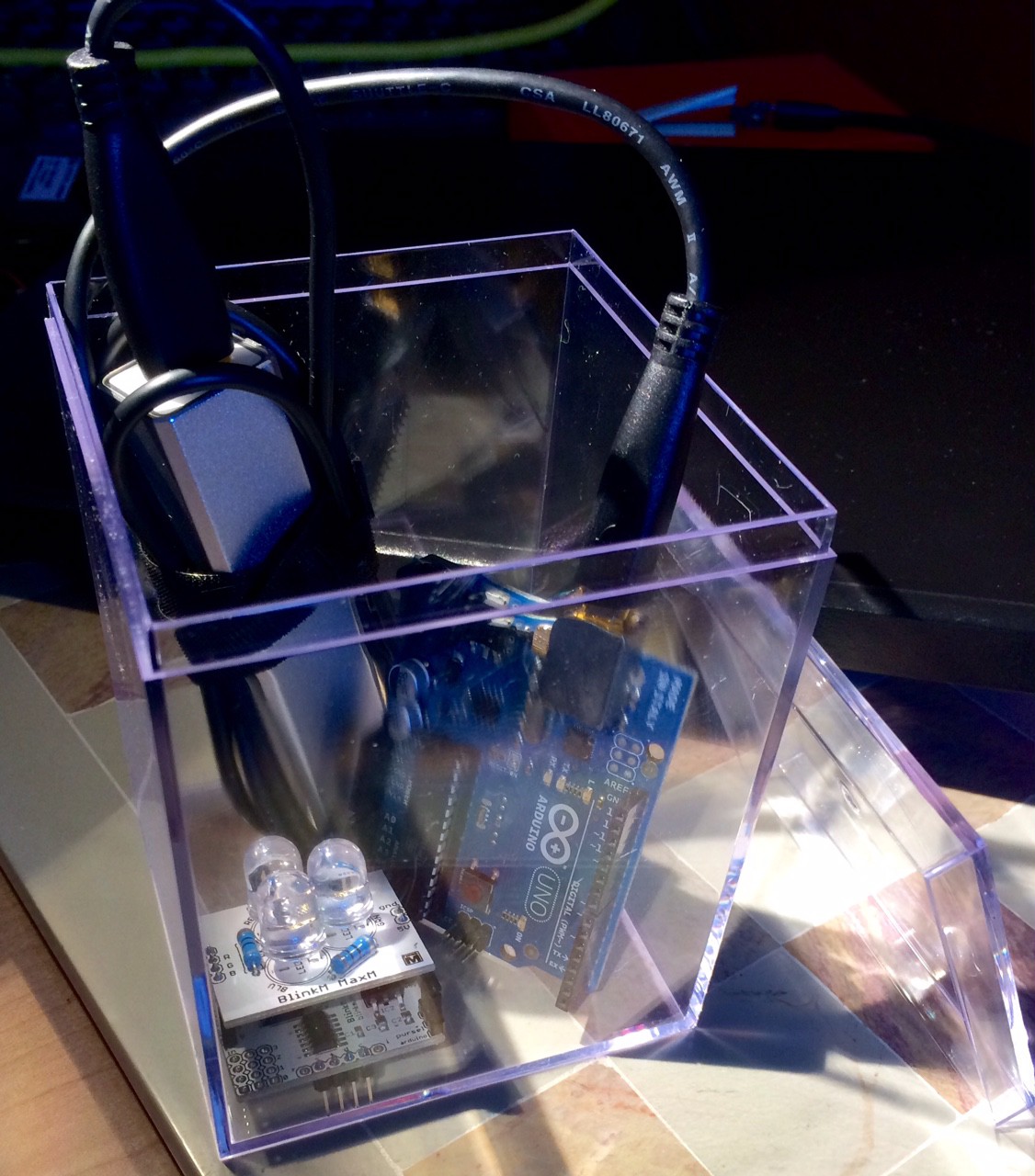 Yes, the battery came off my desk, the MEMS Industry Group has nice giveaways. This USB rechargeable 2500mAh battery seemed like a good way to avoid charging issues. Plus, it can supply that monstrously bright BlinkM MaxM. And it fits in the box, just not with the cable attached.

I suppose, really, there is no reason to use the MaxM other than its awesome (blinding) power. I could use the MinM that is on my breadboard for testing. Or I could use a NeoPixel like all the cool kids do. Or I could do something simpler (cheaper) and use an RGB led with PWM control. I have both 5V and 3V versions of those around here somewhere and I have plenty of pins on the board to do the drive.

Really, I have too many pins. The Arduino board is overkill. I started out with the Trinket but decided its ATTiny meant more time optimizing and less time making it do what I want. On the other hand, there is the Trinket Pro. It seems like the best of both worlds.

Of course, at that point, with a smaller LED, smaller board, along with the IMU that was already reasonably small... well, at that point we are looking at pocket monster territory. I've heard something about pockets and Trinket Pros. Hmm... I wonder where that was.

I suppose after I finish this Lantern of Inertial Awesomeness, I'll make the Tinkerbell version, possibly even carry it to amaze potential clients. But not quite yet. I'll use the parts I have to do this thing, maybe I'll pretend I'm on Junkyard Wars and my desk is, well, the junkyard. That comparison is more apt than I'd like to admit so I'll slink off to write some code now.

I have this idea for another ring

It's Working-ish, Take It Apart

Crack the battery case open and solder directly to the terminals. It's 5v regulated, right? You can feed into the Arduino pin sockets.