Palm sized and smaller robots that roll, walk, and rumble!

I decided that I really need a hexapod in my collection of walking robots. I had a bunch of servos, a servo controller and PyBoard lying around, so why not? Alas, I never finished programming it, and it spent some time on the shelf. Then I got my OpenMV board, and decided I have to put it on a robot. Henk volunteered.

This project waited on the shelf for so long, that I decided to scrap it and rebuild into #Hexapod Henk MkII. Go there for the latest news on the project. This project is kept for archive.

The legs are arranged in a circle, every 60°. The alternative was to have them in two rows, but they seemed to be too close together that way. 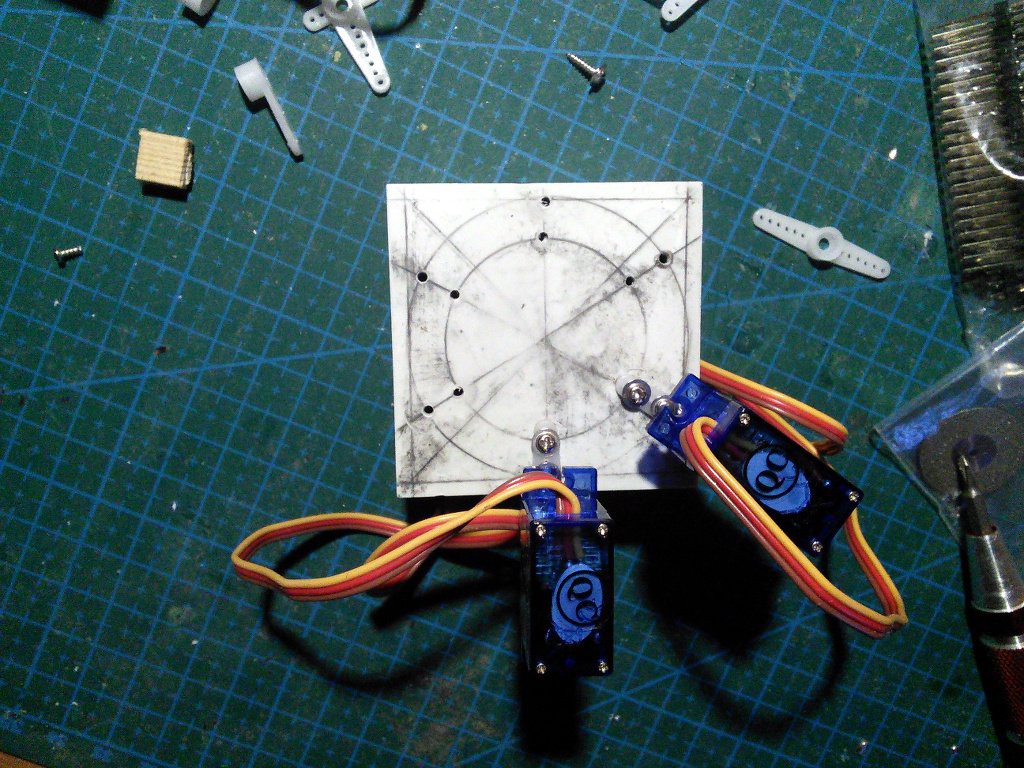 The power switch has a couple of 47kΩ resistors added to it, which form a voltage divider, connected to an analog pin. This way I can tell the battery voltage, and monitor it. Since the analog pin also doubles as DAC pin, I had to remove the speaker. It's a bit of a shame, but it was too quiet anyways. I might add a proper audio board in the future, if really needed (or monitor the voltage differently).

Thanks alot ! This is very helpfull, I ll give it a try.

Hey Radomir. first and for all thanks for this fantastic article and congrats to your nice hexapod. I got quiet exited while reading it since I love to use my Pyboard in a simlar project with 6 servos, but I have no clue how to connected the Pyboard with Dupont wires to the motor controller, so I wanted to ask you if you could give me some informations how you did it or point me to some infos...

It's quite simple. If you look at the pyboard's pins at 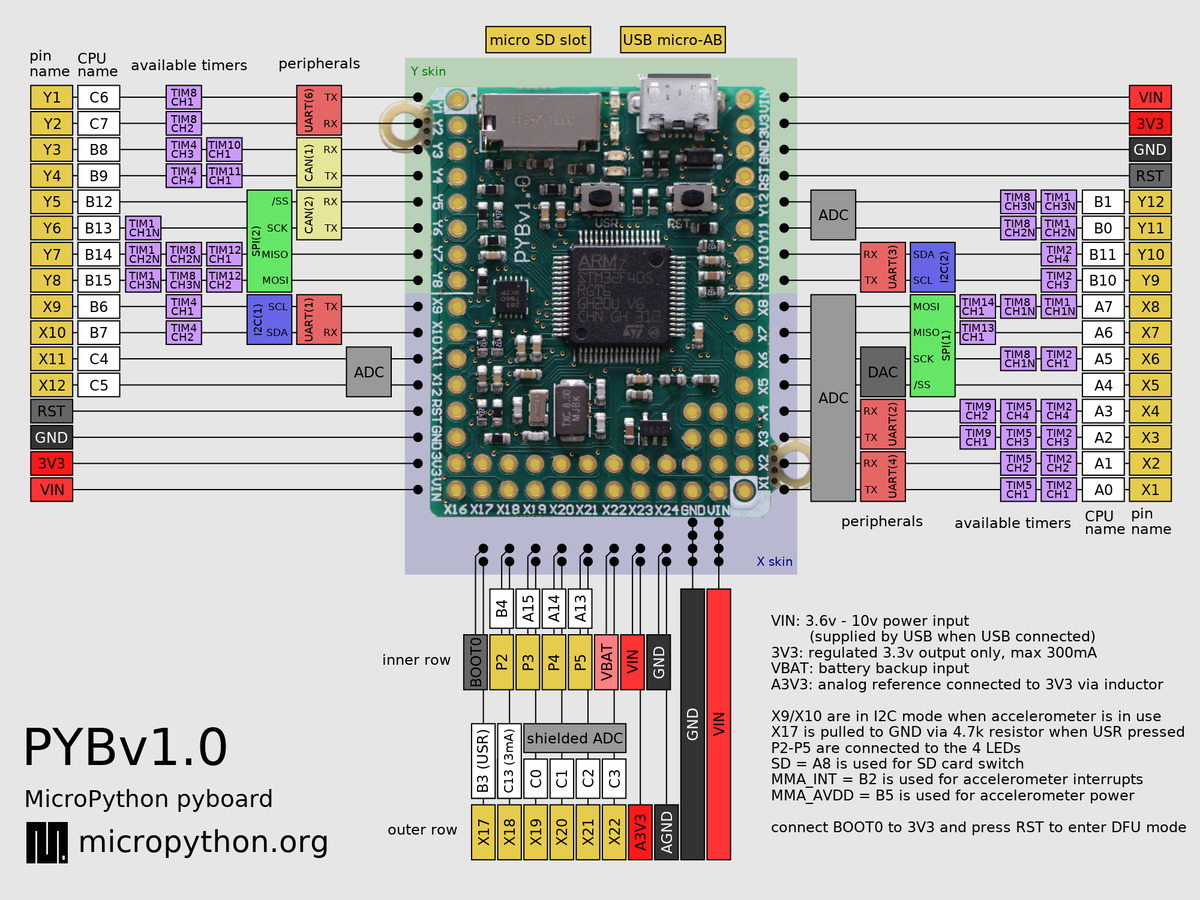 , you can see that there are several UARTs available (the red squares). Each has RX and TX pin. If you look at the servo controller's pins 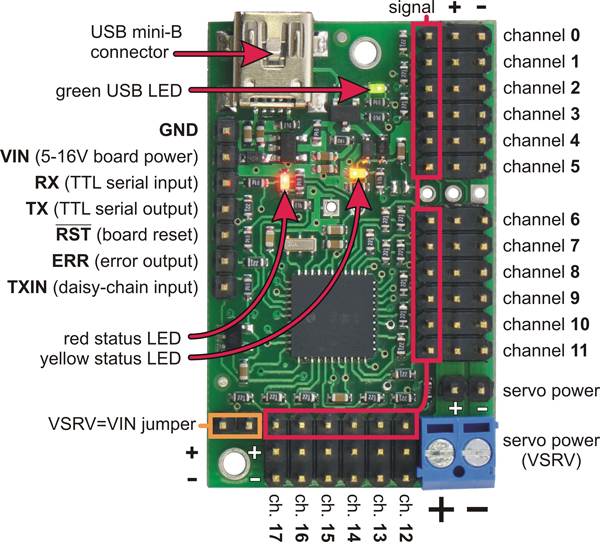 you can see there are pins marked RX and TX too. Just connect the RX with TX, and vice versa. You also need to connect the ground, and I also connected the power pins, because I'm powering the pyboard from the controller (which is not ideal, but works for me). Then I wrote a very simple Python class to talk to the controller over that serial: https://bitbucket.org/thesheep/henk/src/tip/maestro.py

By the way, for just 6 servos, you don't need a servo controller at all. You can connect 4 of them to the servo pins of the pyboard, and two others to any of the pins that have timers, and use those timers' PWM mode to control the servos.