Control my TV with an Arduino, some buttons, and an IR LED 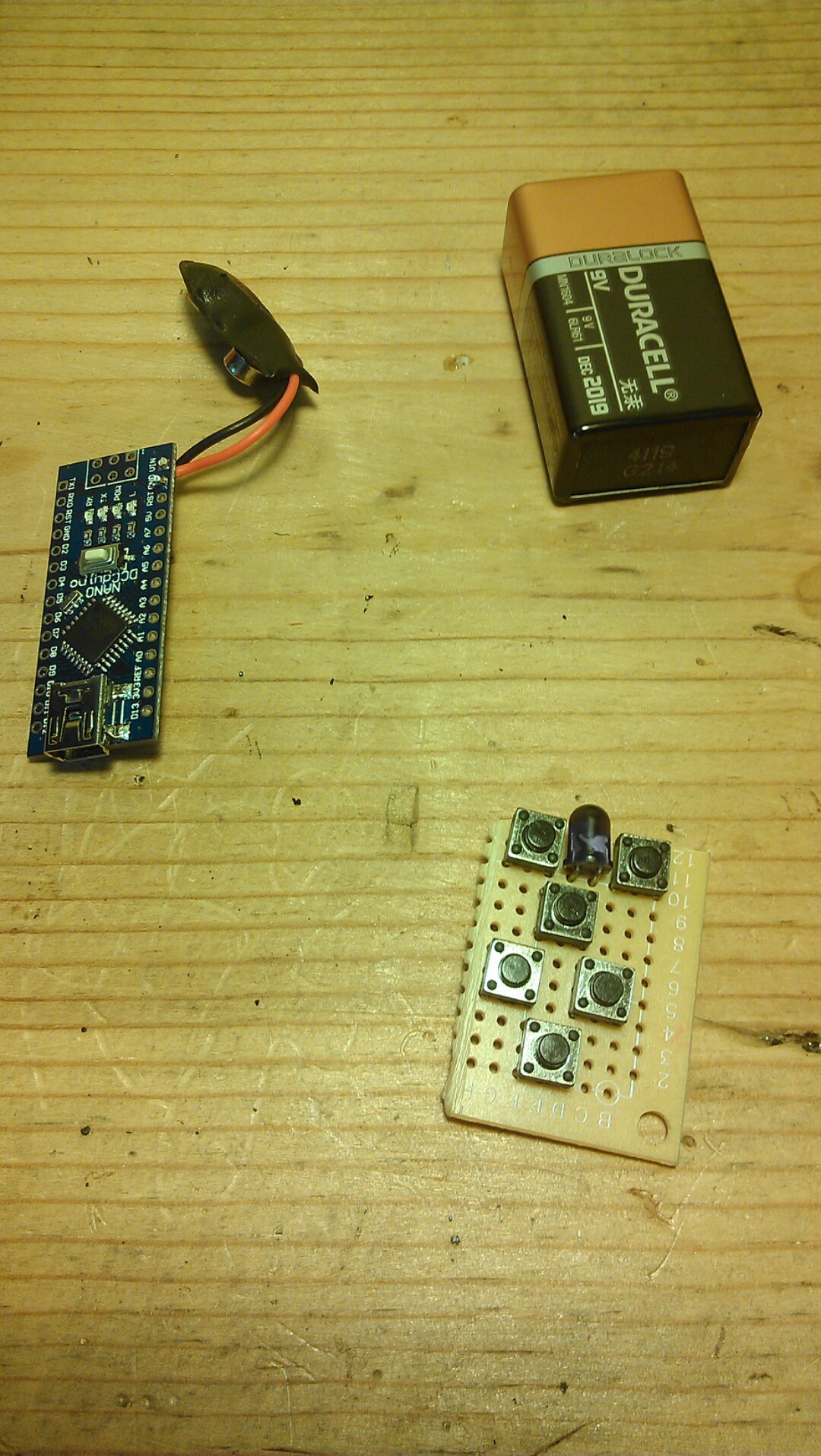 I have wired up the ground for the buttons, as well as the baterry. I am using a 9V for this at the moment, since I'm going for simplicity and low cost in this prototype. While a boost converter would make it much smaller and allow me to use a coin cell, it would cost more than everything else put together. 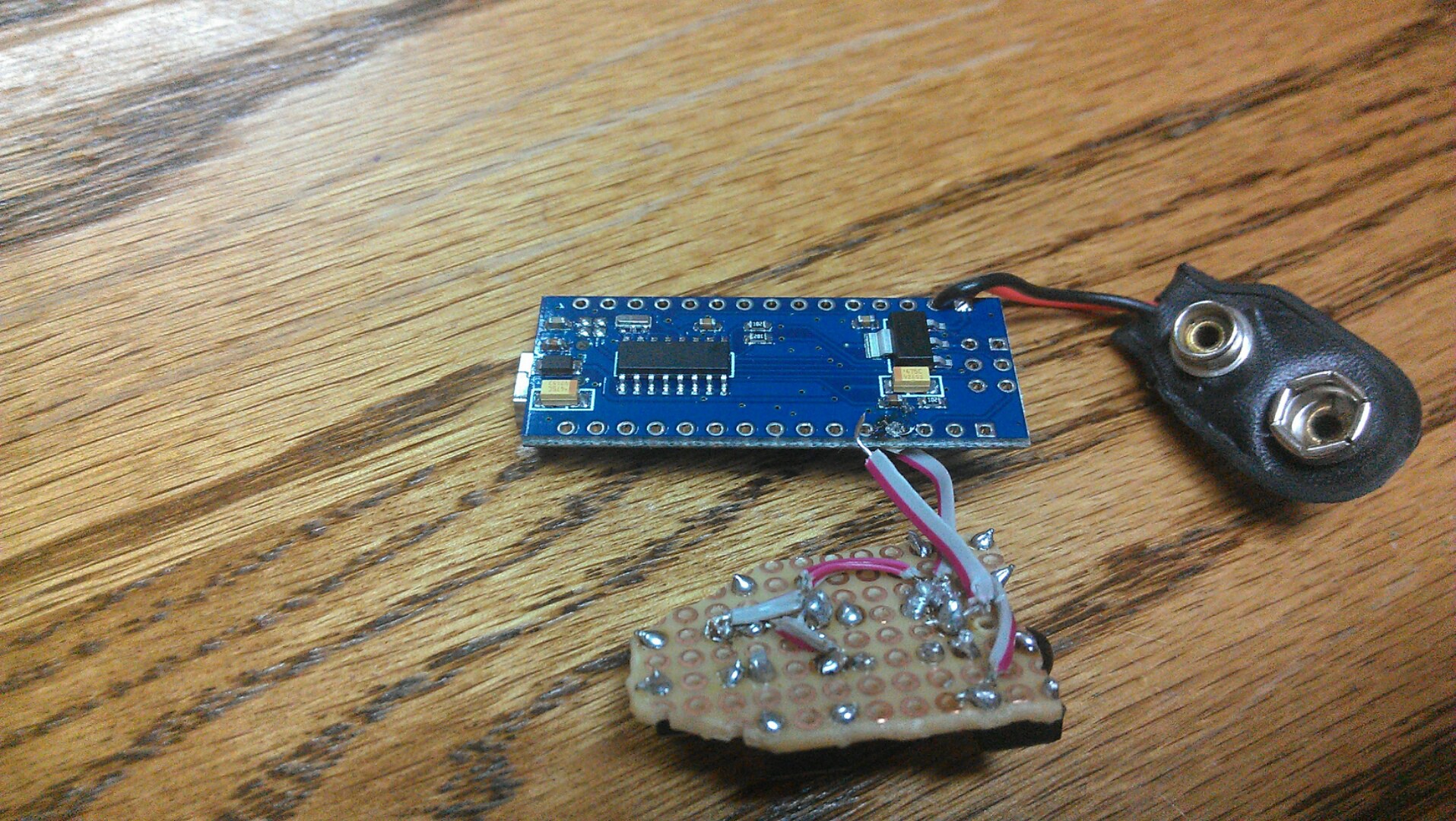 I also trimmed up the PCB after soldering everything in. The baterry is going to be the biggest and bulkiest component. I would have completed all the soldering, but I ran out of solder! A roll usually lasts me a couple years, so it wasn't something I was anticipating. I will update once I get the hardware finished and tested, then it will be time for the code.