OpenBarbell was created out of a need for a low cost, accurate, & reliable platform to measure important information about barbell exercises This week we were lucky enough to make it down to the Muscle Lab at Florida Atlantic University to visit Dr. Mike Zourdos, professor of exercise science and one of the few great minds in powerlifting. Dr. Z has been involved in the many incarnations of OpenBarbell since its inception and once he heard we had a working prototype he invited us over to see what it was made of. 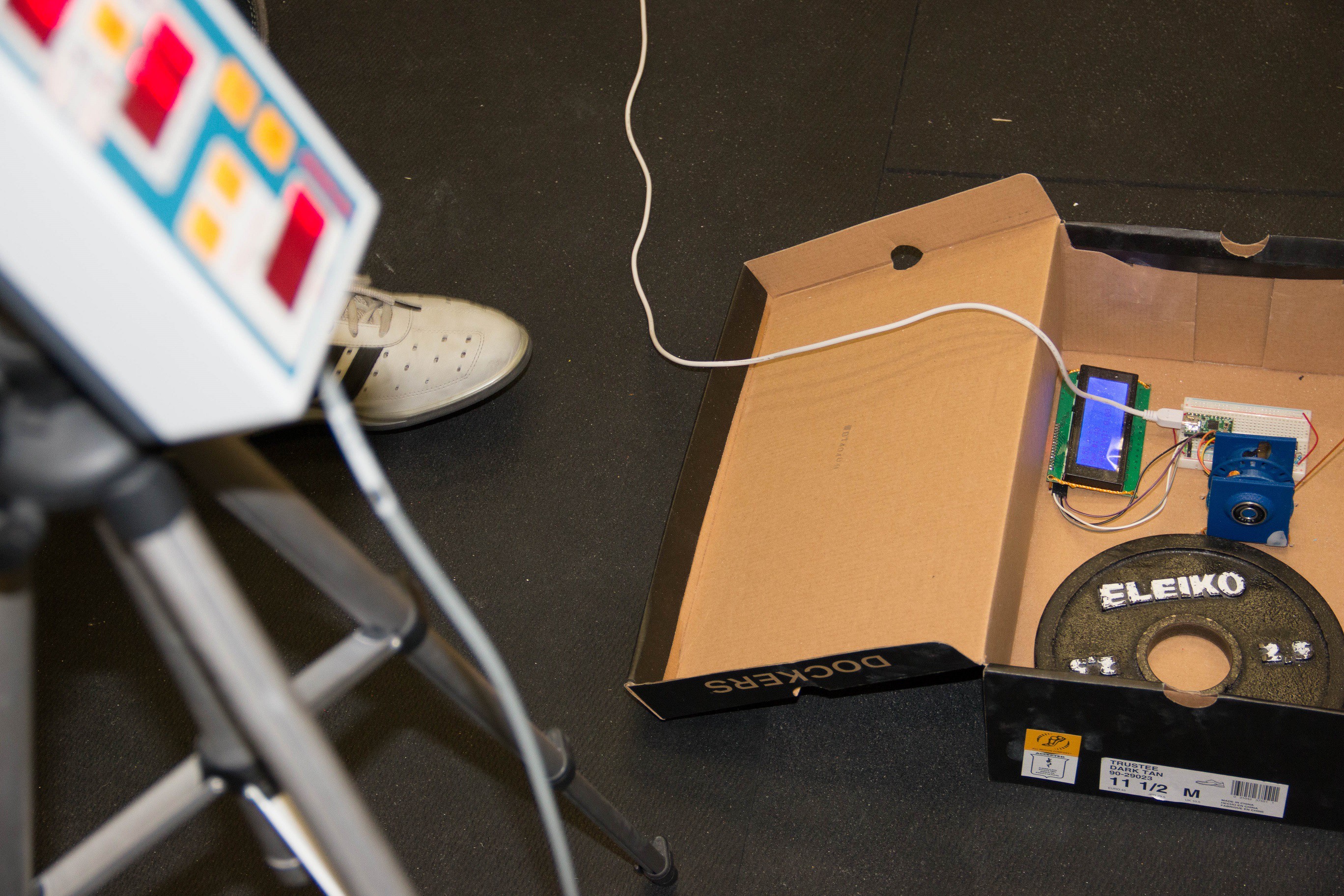 Glamour shot of the Tendo Unit and Shoebox Prototype #1 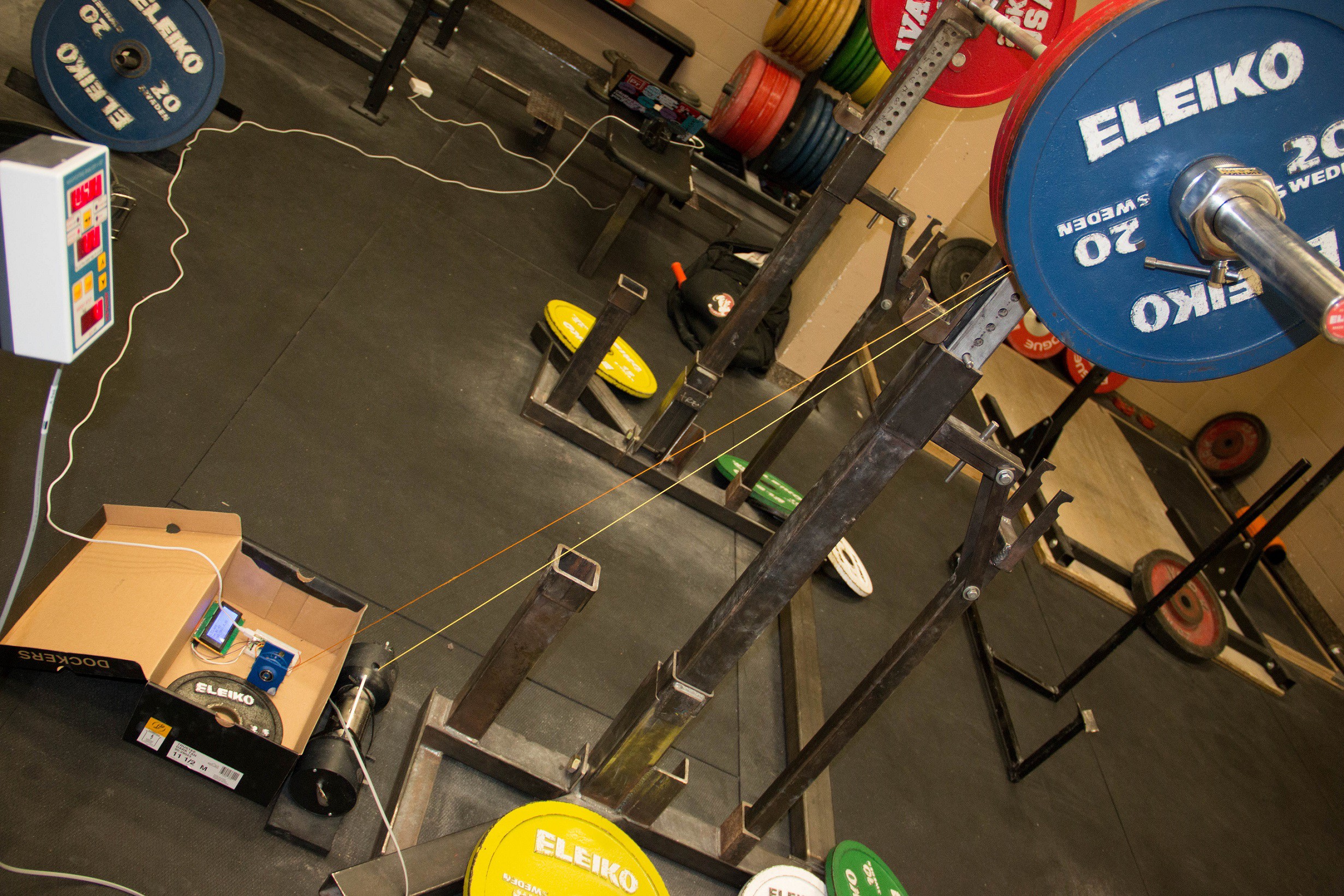 Test setup of the Tendo Unit and Shoebox Prototype #1 on a squat bar. 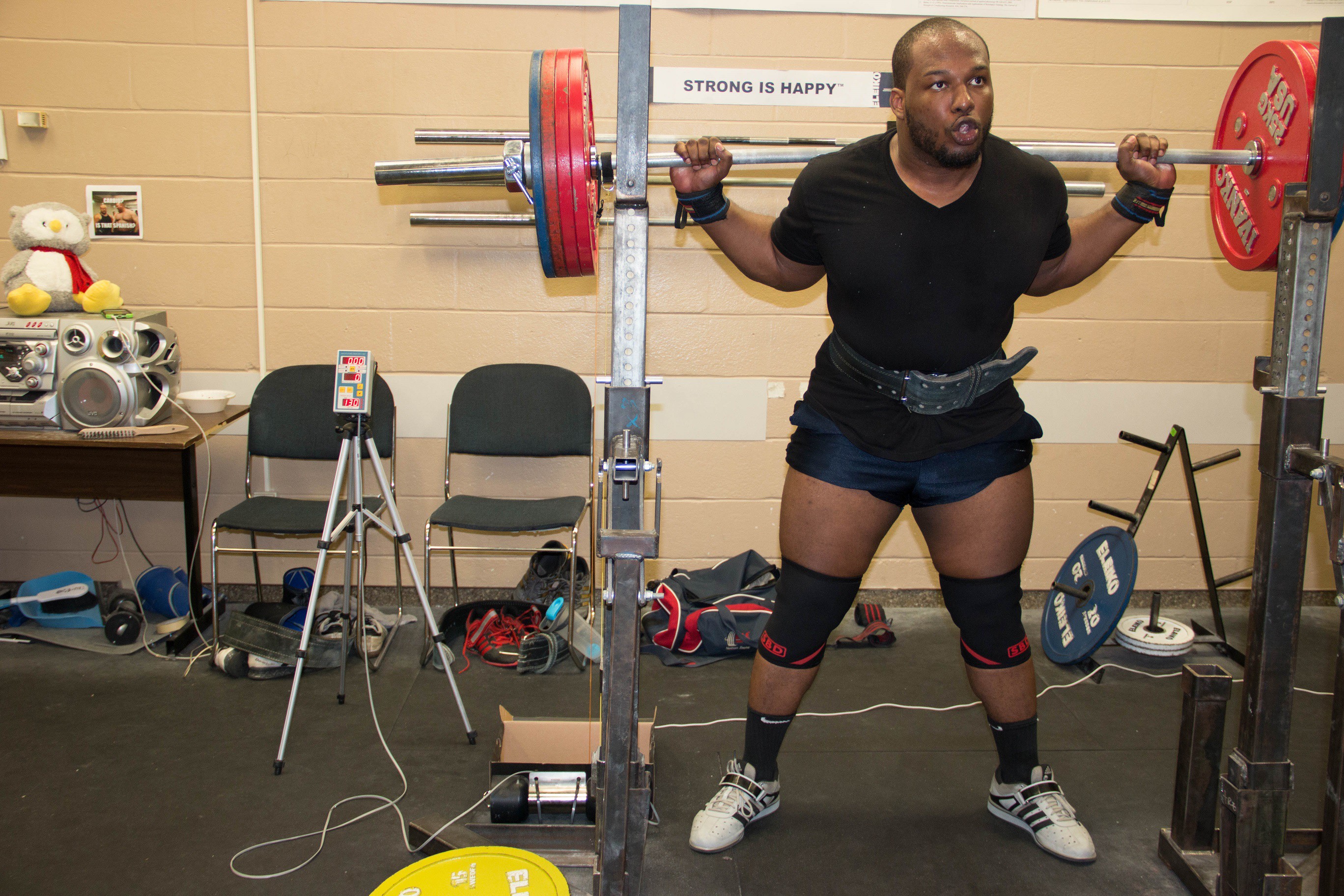 The test setup was simple, we hooked up the tendo unit next to the OpenBarbell in close proximity to the inside of the right bar collar (left in the image above) and proceeded to lift all the weights. Since the Tendo unit has been used in peer reviewed publications for years, its output will be considered absolutely correct. After a couple sets, we'd analyze the output of the Tendo vs. the OpenBarbell and dig into the code to iron out kinks.

Our goal for the day was to reach parity with the Tendo Unit before we left. Our hypothesis before arrival was that our constant representing distance per tic, 2.80 mm, was slightly off and would result in a small but consistent disparity in resulting average velocities. After a few quick sets the data proved us right and we modified the constant to 2.95 mm which had great results. Some more trial and error occurred, some science happened, and we were ready to call it a night. If you're curious to find out if we accomplished our goal of Tendo Unit parity... 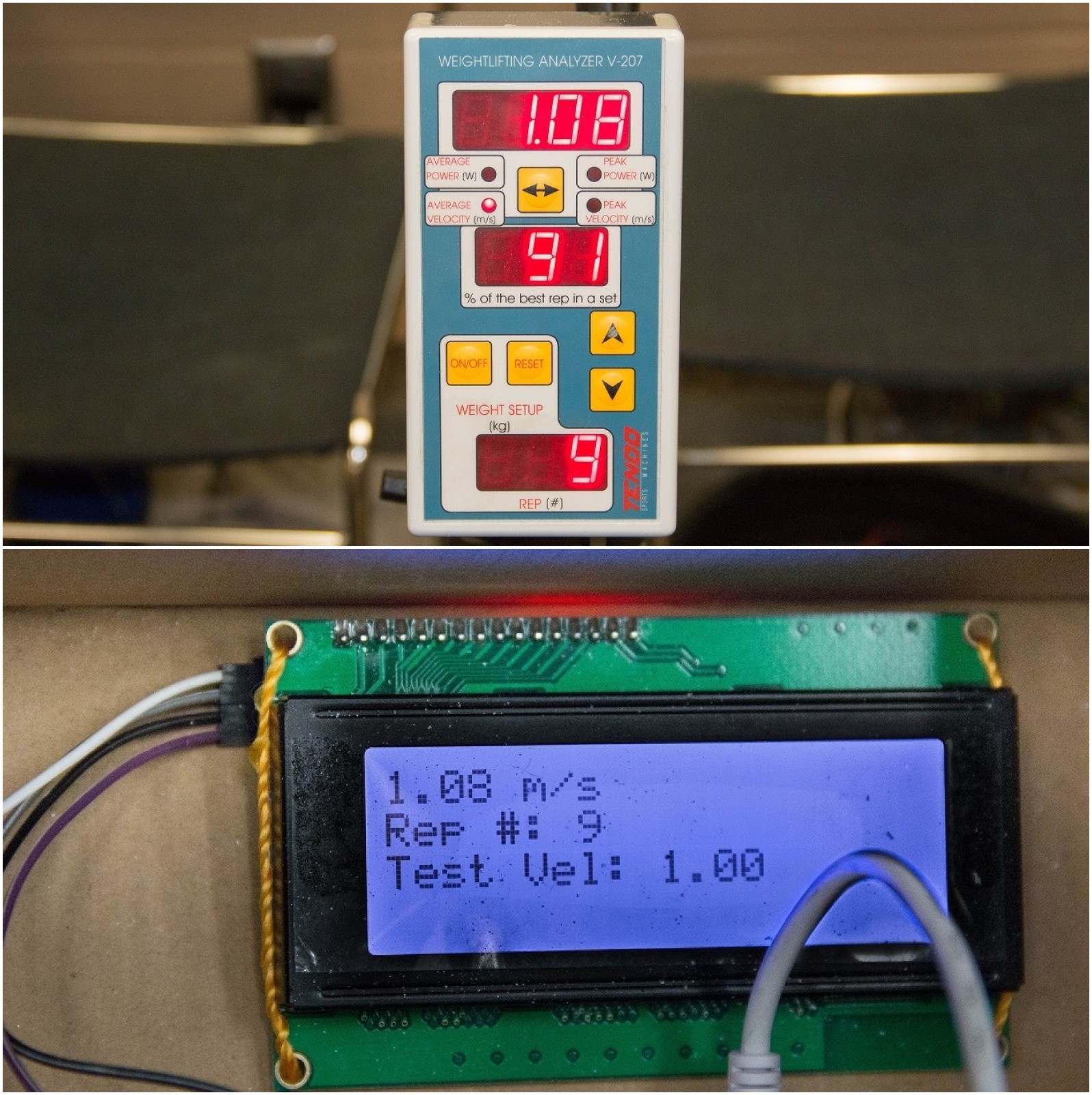 That's about as good as it gets. Due to a couple of physical factors such as placement of the actual units under the bar, it would be impossible for all reps to match perfectly on both units. I'd say on average, we were 0.01-0.02 m/s off of the Tendo by the time we left. It should also be noted that the Tendo Unit has a minimum measurement size of 10 mm where the OpenBarbell currently is at 2.95 mm. We do not know how fast the hardware interrupt on the Tendo Unit operates but OpenBarbell is at a brisk 4 millionths of a second. To top it off, our algorithm records the entire length of the rep, while the Tendo stops recording below a velocity threshold. Given our tech specs, we would not be surprised if our data was more accurate than the Tendo.

We had a blast at the FAU Muscle Lab, so much so that we plan on going back every Monday until we're happy with the results of the OpenBarbell. Tendo parity is nice, but we want to go further. Keep an eye out on this page for more updates.

OpenBarbell Has Graduated from the Shoebox