a LED matix build into a door to play tetris, Snake...

For lasercutting I prepared 300x600mm pieces of 3mm MDF (medium density fiberboard), which were leftover from another project. I think about 15 of them (I'll load up the set of dxf files once I sort it out). After a session of cutting I ended up with this: 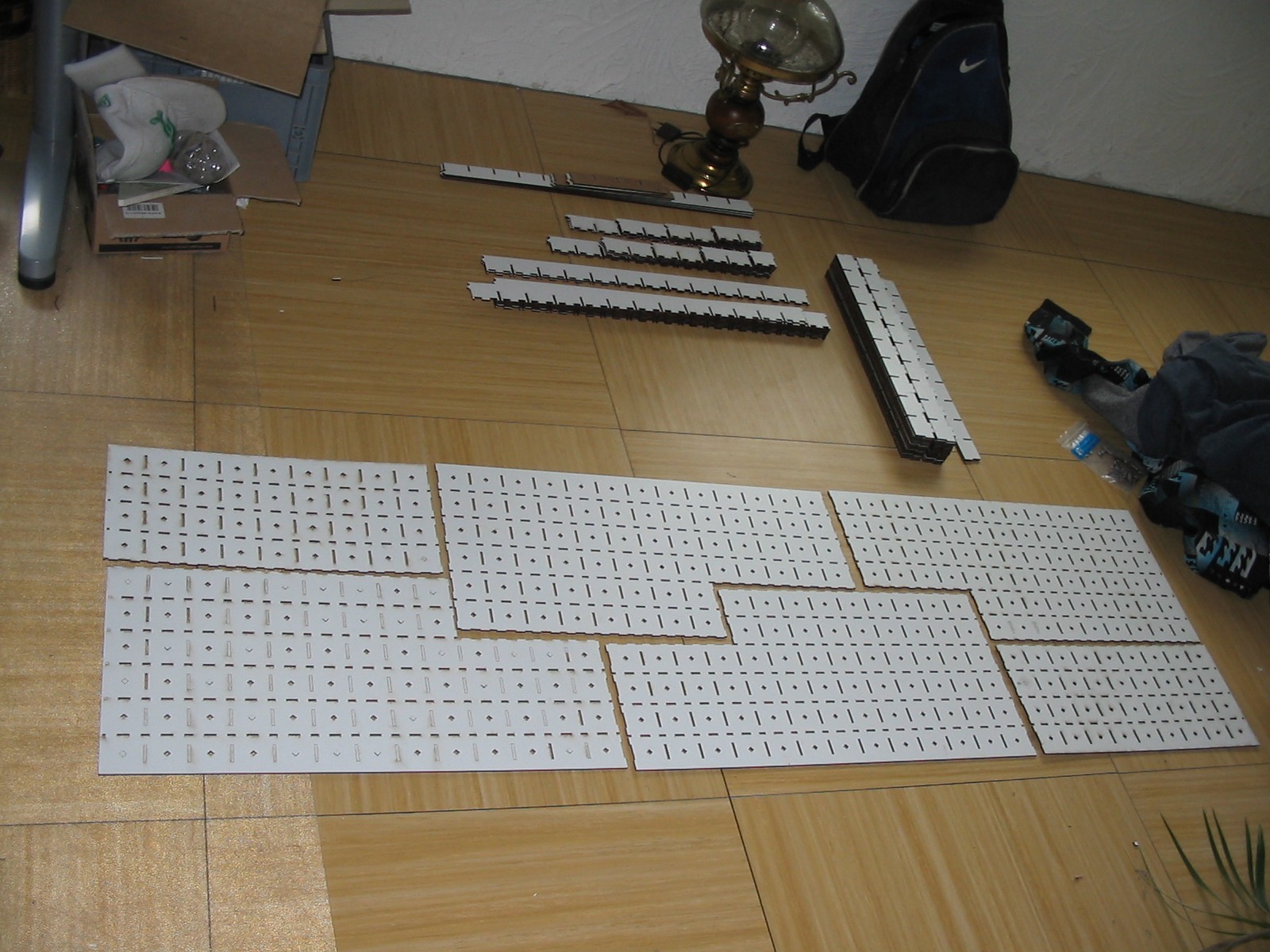 6 parts for the packplate and a pile for the horizontal and vertical parts. Next step is putting them together all parts with the open end facing to the floor: I noted down the positions of the different length of the vertical parts to know which length to start with in which position. (on the paper you see in the bottom left corner). As soon as the grid advances to a point one could apply the next backplate piece: 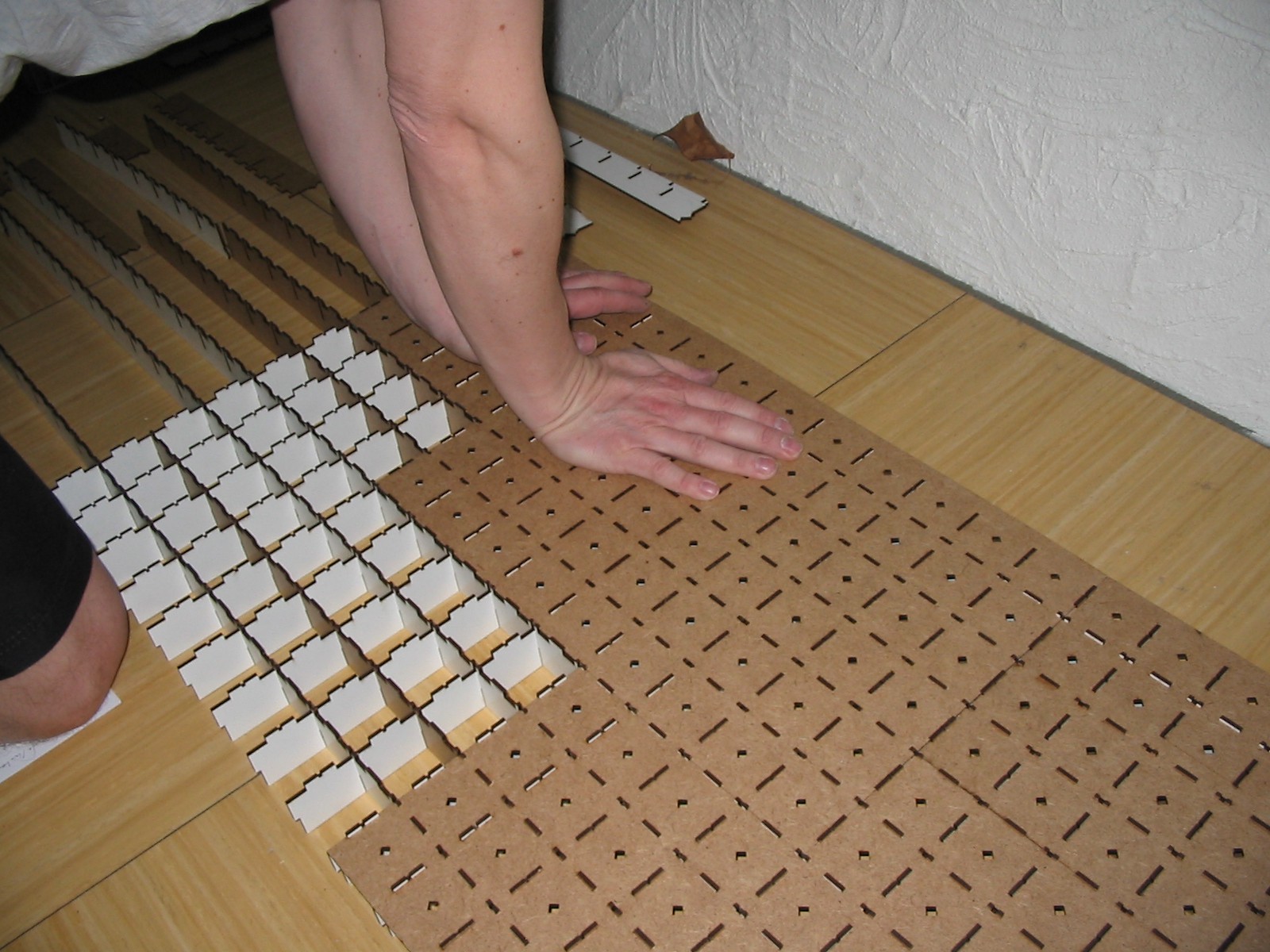 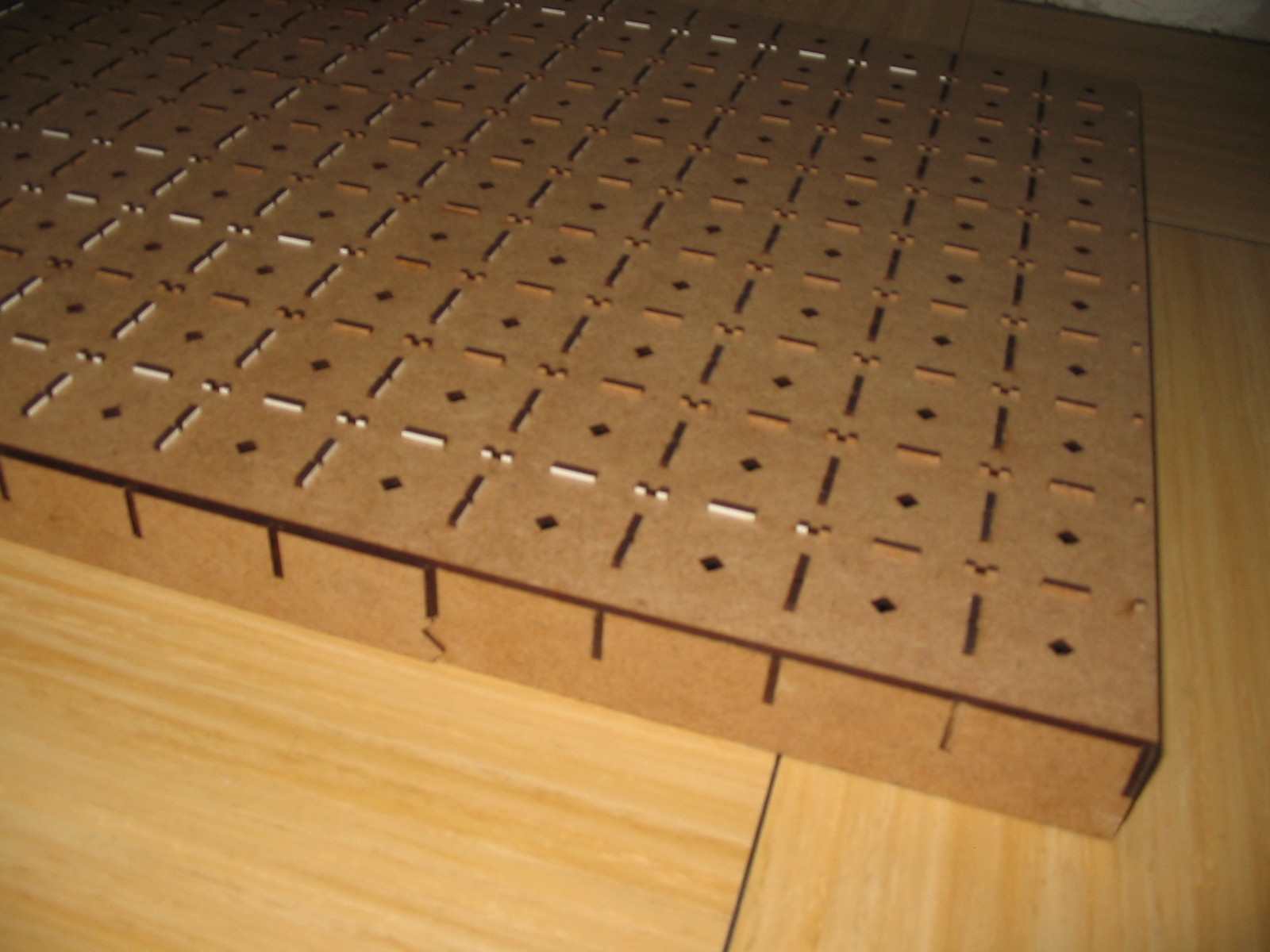 Last step is to putt all the outer edge pieces in place, which have a slighly different design, because they don't intersect with the backplate (which isn't such a nice idea for they tend to fall of). Most of it sits tightly in place by friction and tolerace, but I applied some epoxy glue in the corners of the intersections anyway. And first check: 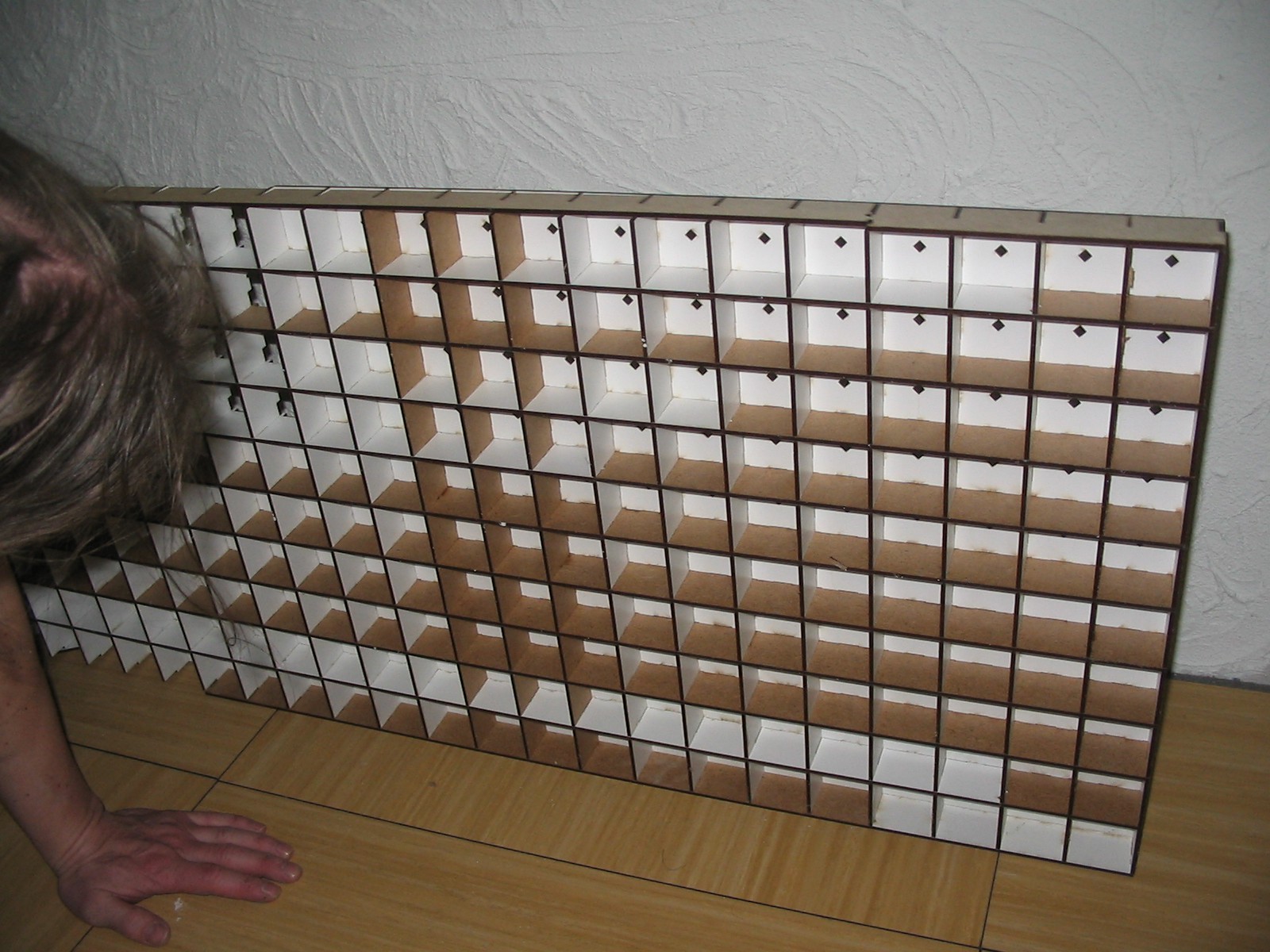