All that was left was writing the code, and testing it. And making some corrections, and testing them. And fine-tuning some parameter, and testing. And then a little bit of testing.

All this time I was programming the robot using my programming clip. Unfortunately, it became a bit loose, so I had to hold it in place with my hand while programming, so it was a little inconvenient. Because of the placement of the chip, I also had to remove at least one leg every time I wanted to program it, and I had to disconnect the servos, as they take too much power and make the computer shut down the USB port. In the end, it was a lot of reprogramming, and I wish I had broken out the programming interface in some more convenient way. Oh well.

During testing, I also connected a piezo speaker to the last unused pin, and bit-banged beeps on it (it's not a timer pin, so couldn't do PWM, I guess something to consider for the next version). That helped in debugging a lot, since I could place different beeps in different places in the program, and I would know where the robot was. Since they were primitively bit-banged, the robot also paused while beeping, which let me see better the different phases of its movement.

At some point I decided to get rid of the old feed, and made new ones, out of an expired public transportation card. I also painted the new feet with liquid rubber, to give them a better grip. 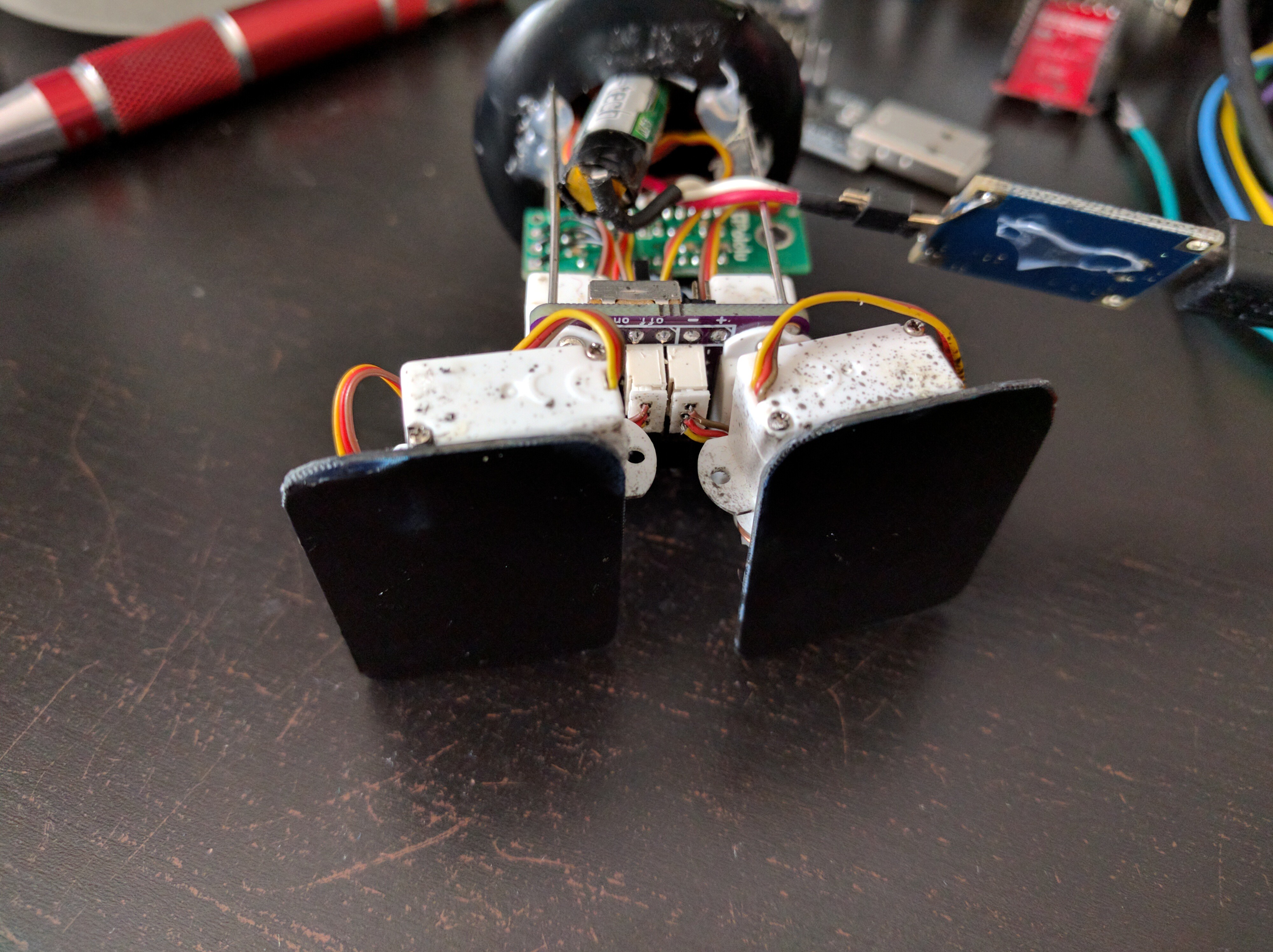 You can also see on this photo, that I went back to the old battery. It fits in the hat, and it has a much better C value. I decided to not include the battery charger module in the robot this time -- you have to disconnect the battery for charging.

Finally, a video of the robot doing its thing. It checks the distance at every step, at the moment when the body is horizontal. I used the fact that with each step it's looking in a different direction, and I made it choose the direction of the turn based on that. Oh, I also sped up the final version of the code. Unfortunately, I had to remove the beeping code to make it all fit in 1kB for the challenge.

The walking code turned out to be much larger than I expected -- even though it's mostly just calling a single function with three 16-bit integer parameters. I guess I could scale them down to bytes to save some space...
Previous log