a reincarnation of classic Nintendo Hardware

Here's a first pass of the head. Right now, I'm aiming to break down the original model into its characteristic features. Most of these features are easy to extract, like the fillets that round the edges of the overall shape. The tricky part is nailing down the order in which these fillets were put into the original model. For the most part, the fillet dimensions appear to be fractional values from the imperial scale (i.e: 1/8th, 5/16th, etc.). So far, all fillets look acceptable and characteristic of the original except for one set of fillets in the lower corner. The only way to tell the difference, though, is to do a side-by-side comparison of the original model. Otherwise, the overall features look very acceptable.

Since I'm only using calipers, I don't expect my estimates of angles to be spot on. That said, if I do happen to pick up the right tool to measure angles and fillet radii, I can readjust them later, provided that I include them all in the CAD.

Lastly, I'm only modeling the outside of R.O.B. with tight tolerances and detailed measurements. Since I'm investigating how much space I can squeeze out of his interior, I'll leave out the channels and ribs on the inside of the model unless I need them later. 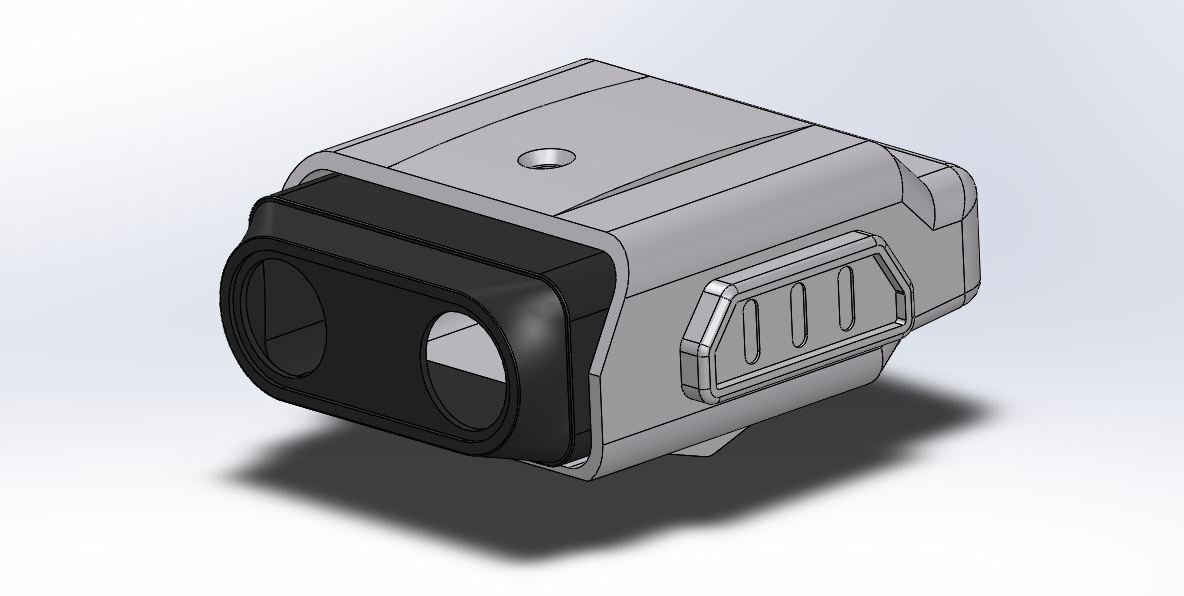