Soldering the outputs together

De-enameling the leads took too long, scrapping it off with an exacto knife.

Soldering everything together was pretty quick. 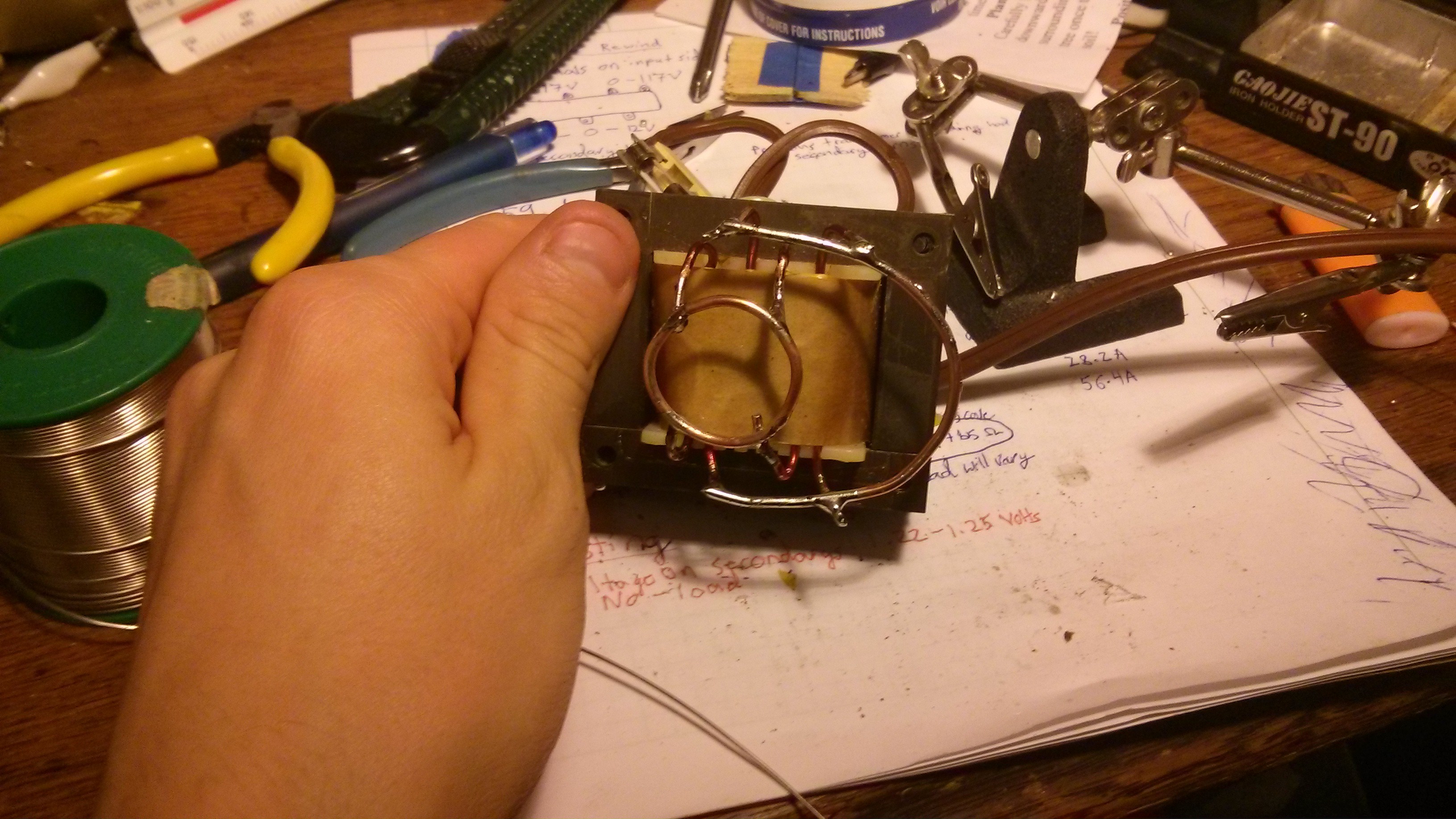 Oddly once everything was connected the voltage output dropped a bunch, by almost a tenth of a volt.

Still need to figure out a variable load for testing, and then a MOSFET bank that can switch such low voltages without wasting all the power on the way to the load. 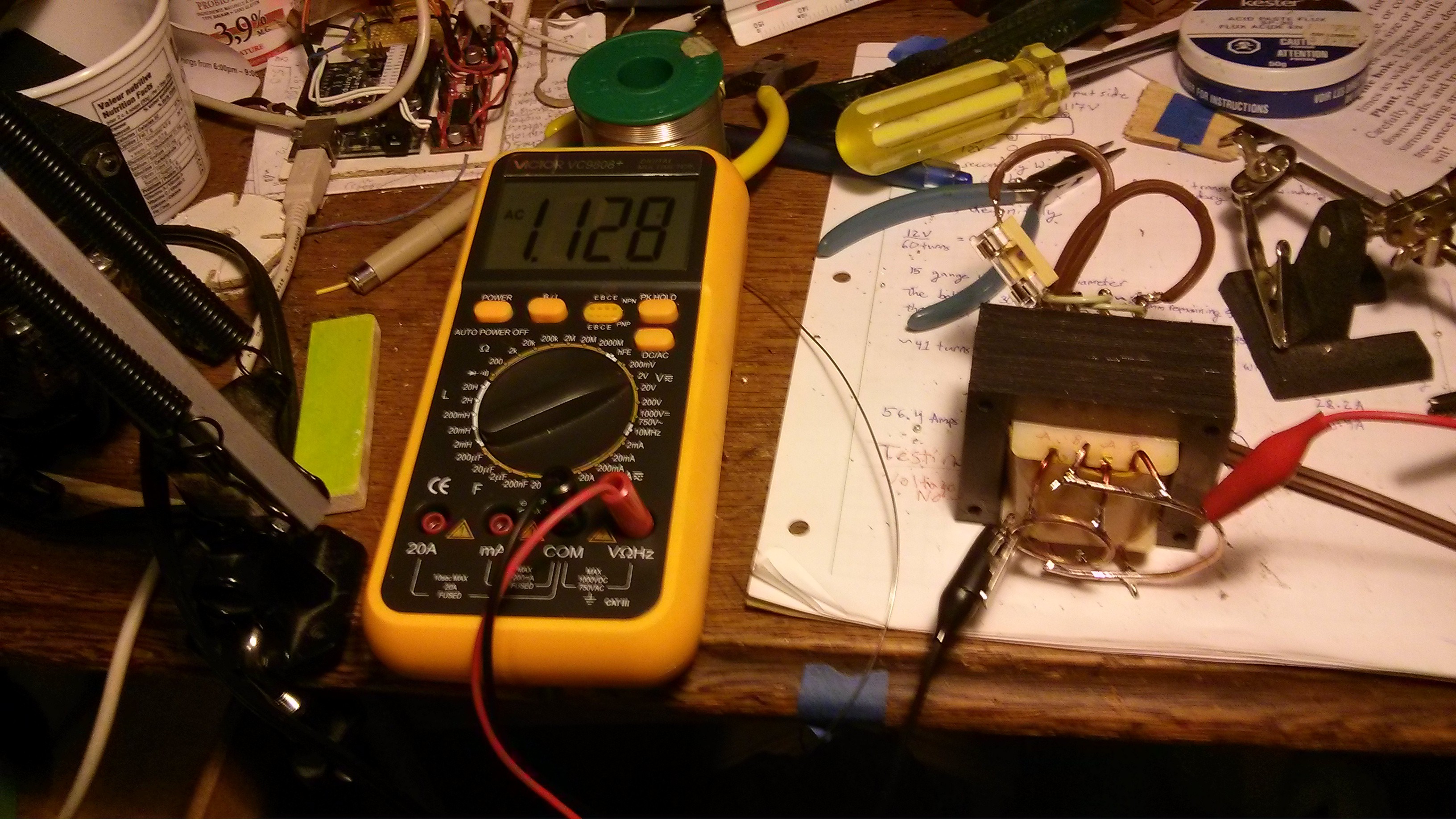