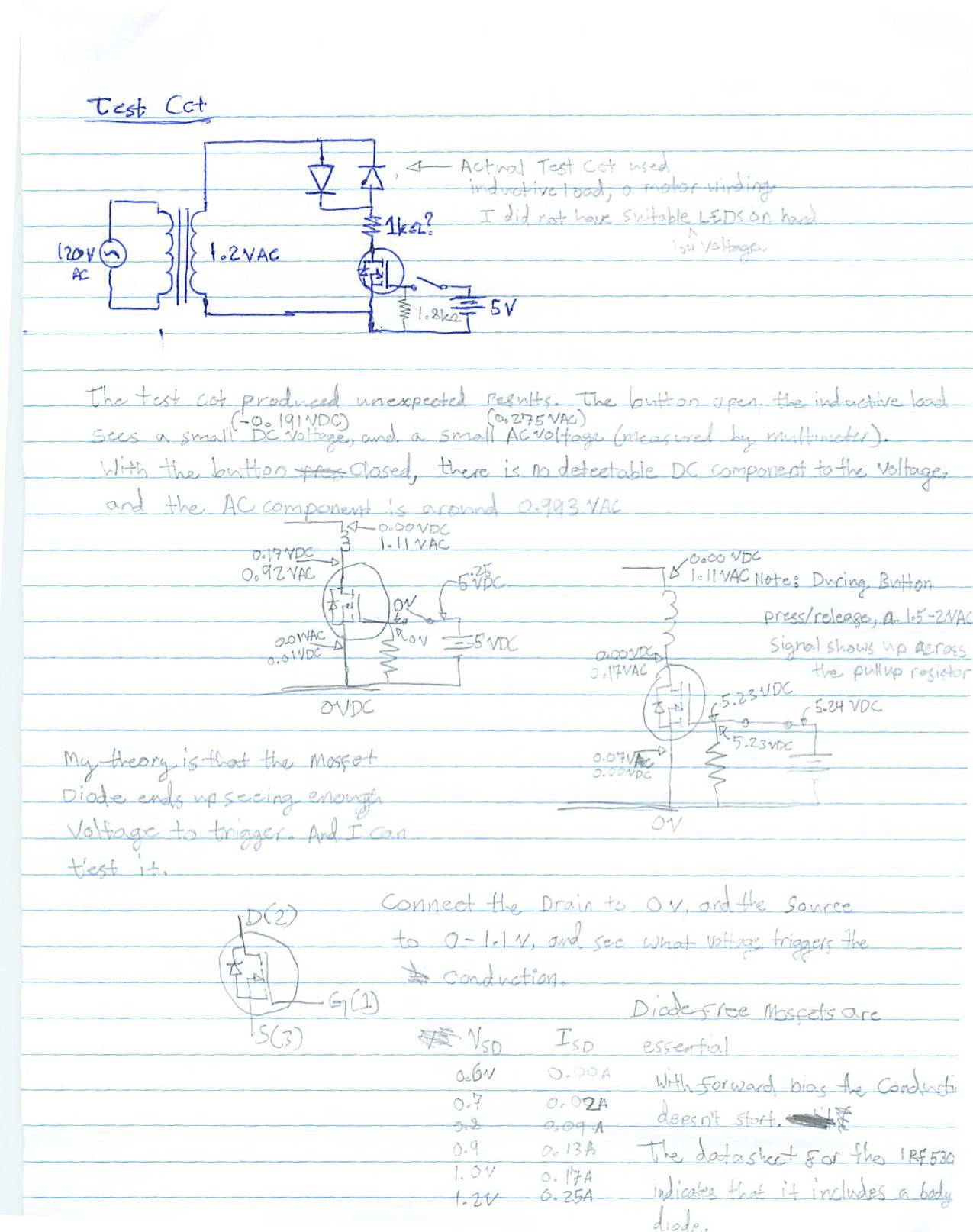 I planned to use LED's to check that the N-channel MOSFET (IRF530N) was actually conducting in both current directions when a 5V signal was applied to it, but I did not actually have any LED's on hand that would turn on with less than 1.5V, so I substituted a large coil as the load with a suspended magnet to detect the passage of AC through the MOSFET.

Unfortunately, there is leakage with 1.2 VAC applied to a MOSFET. The body diode begins to conduct at and below -0.7VDC, which I assume is similar to its action under AC cycling. The amount of current conducted was quite small, but did produce a detectable vibration in the suspended magnet, which is not acceptable for my planned application.

Fortunately, I can move forward with testing the concept of 3 phase electrical commutation at low voltage, high current with this small amount of leakage. I will eventually need to drop the voltage down to or just above 0.6 volts for the next version (which means using more MOSFETs paralleled to reduce the Rds(on) of the MOSFET at the lower Drain-Source voltage, which may become nonviable at such low voltages due to the cost).

Soldering the outputs together