A project log for Raspberry Pi with 2.8 inch touch screen

I'm thinking about recreating Adafruit's PiGRRL, except in a different form factor

I just received my LiPos and the charge controller from Adafruit today, so the work is going to begin soon! I wired up a power cable for the Pi, and it works so far as a portable touchscreen Linux box. 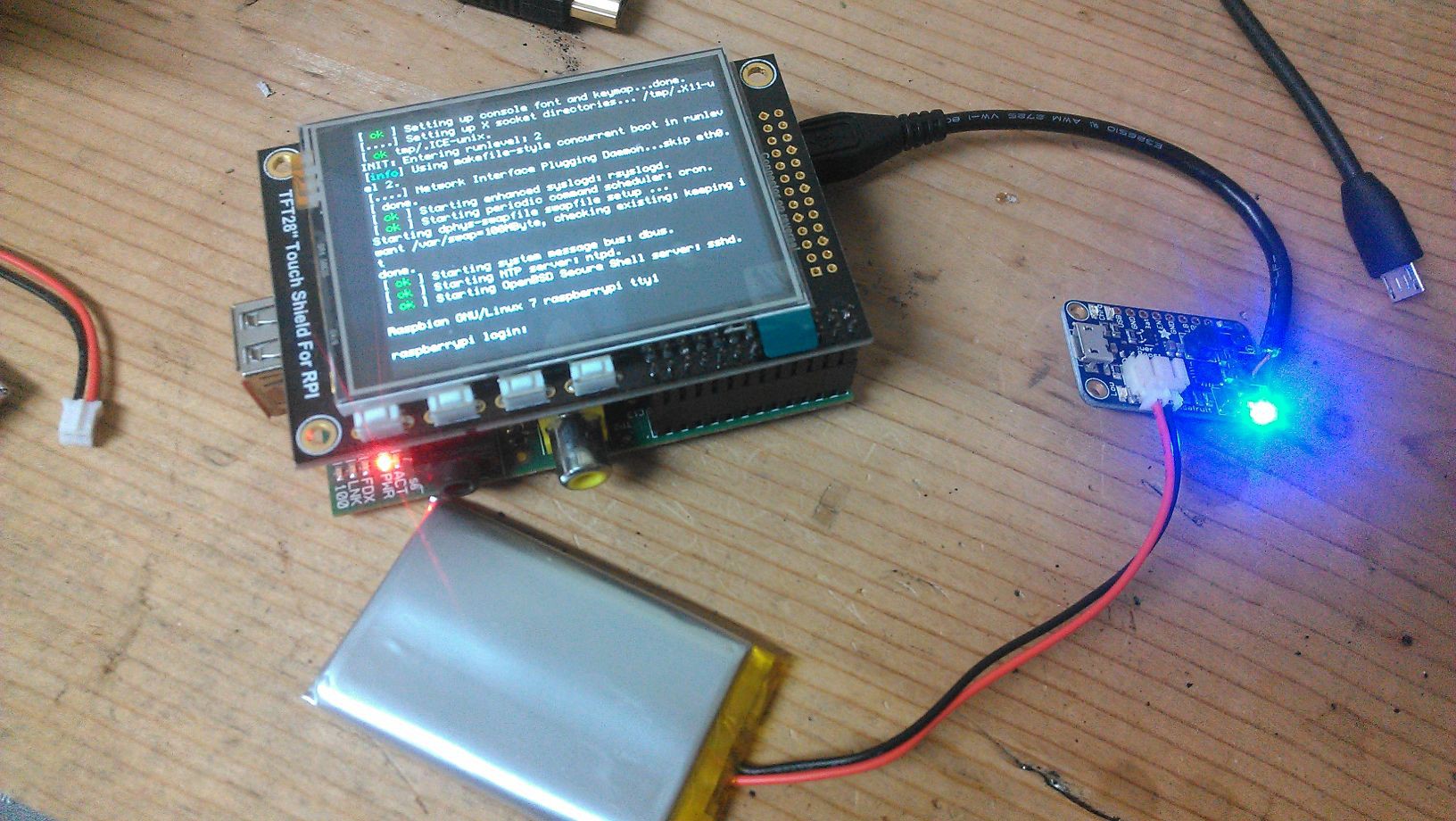 I had originally planned to put the batteries on either side of the screen and go for an original Gameboy Advance form factor, but I think it would be too long and clunky. I think the batteries are going to go below the screen, with the buttons on top of them. It will be the same layout as the original DMG Gameboy, but hopefully thinner and shorter. I know I can do better than the PiGRRL tho. My next steps will be to cut up an old SNES controller and get the buttons prepped for soldering into the GPIO. After that, I have to desolder all the extra connectors on the Pi and get the screen mounted. I can't wait!!!