This is the ONLY protoboard that you'll need !!! 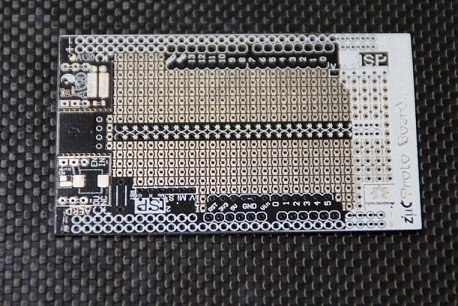 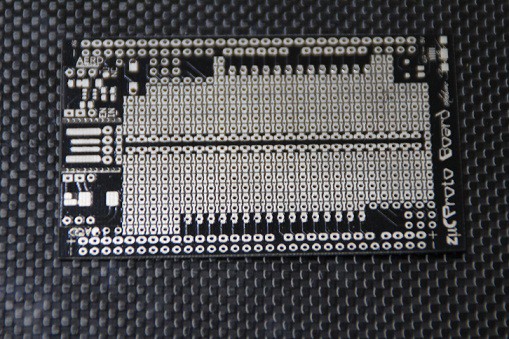 So from now on you can stop buying SOIC breakout boards, because you can put almost any SOIC components and most SMD components on this board.. 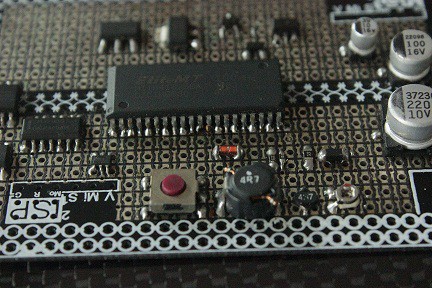 With this protoboard you can also reduce your electronic waste by reusing the components for your prototype or project.

This board utilizes non-plated through hole pads. This mean pad on different layer is independent, so you can do double-side wiring, enabling you to build more complex circuits with the smallest dimension you can get.

Prototype-powering never been easier than this

Now days micro-USB can be found on almost any smartphone, so you can easily power up your project with your phone charger.

Double ISP port for your microcontroller

Because it's somewhat pain to trace the ISP pin to your project, This board is equipped with two ISP ports to easily program your microcontroller project. With two ISP port you can split up the board to your demands size.

This protoboard comes with two variant, the thin one (0.8mm) and the thick one (ordinary PCB size).

The thin one is easily cut, designed for small project and lightweight projects/prototypes.

The thick one is more robust and more rigid, designed for heavy task involving hard friction and collision potential.

Booster version
This booster converts 0.7V to 5.3V-5.4V but we recommended to drain at least from 0.9V (3.3V is highly recommended). Because some devices need 5V to operate, such as micro or standard servo, or charge your single LiPo battery. For double-layer version you also get SMD LED Tester, but for the single layer you have to stack the board to get a working booster.*

* we'll show how to stack the single layer booster version.
* SMD LED tester doesn't include resistor, you have to manually add the resistor to make it works.

As we know Arduino headers use non-standard pin spacing. Learn to deal with it, as there's too many Arduino shields in production to hope for a change in the future. This protoboard should make it a lot easier to design your own boards.

So don't waste your Arduino shield to be used in your prototype, or even more, you can make your own Arduino board !!

The 2018 Hackaday Prize
Powerful, Arduino compatible prototyping board having USB port which makes it ideal for makers.
Project Owner Contributor

An ultimate mini version of Arduino

An Arduino-based variant that brings a slightly smaller footprint and two shield sizes to choose from.
Project Owner Contributor

The 2018 Hackaday Prize
ALio is the new prototype board design that combine SMD and PTH at the same time. In short you are freely to use SMD or PTH without much ext
Project Owner Contributor