This board goes over the Raspberry pi. It is not shown here, but a 2*20 female header is soldered on the board. The electronics board is thus plugged onto the raspberry pi (as a hat in fact, later on i should try to add an eprom to comply with HAT standards).

Here is the base schematics : 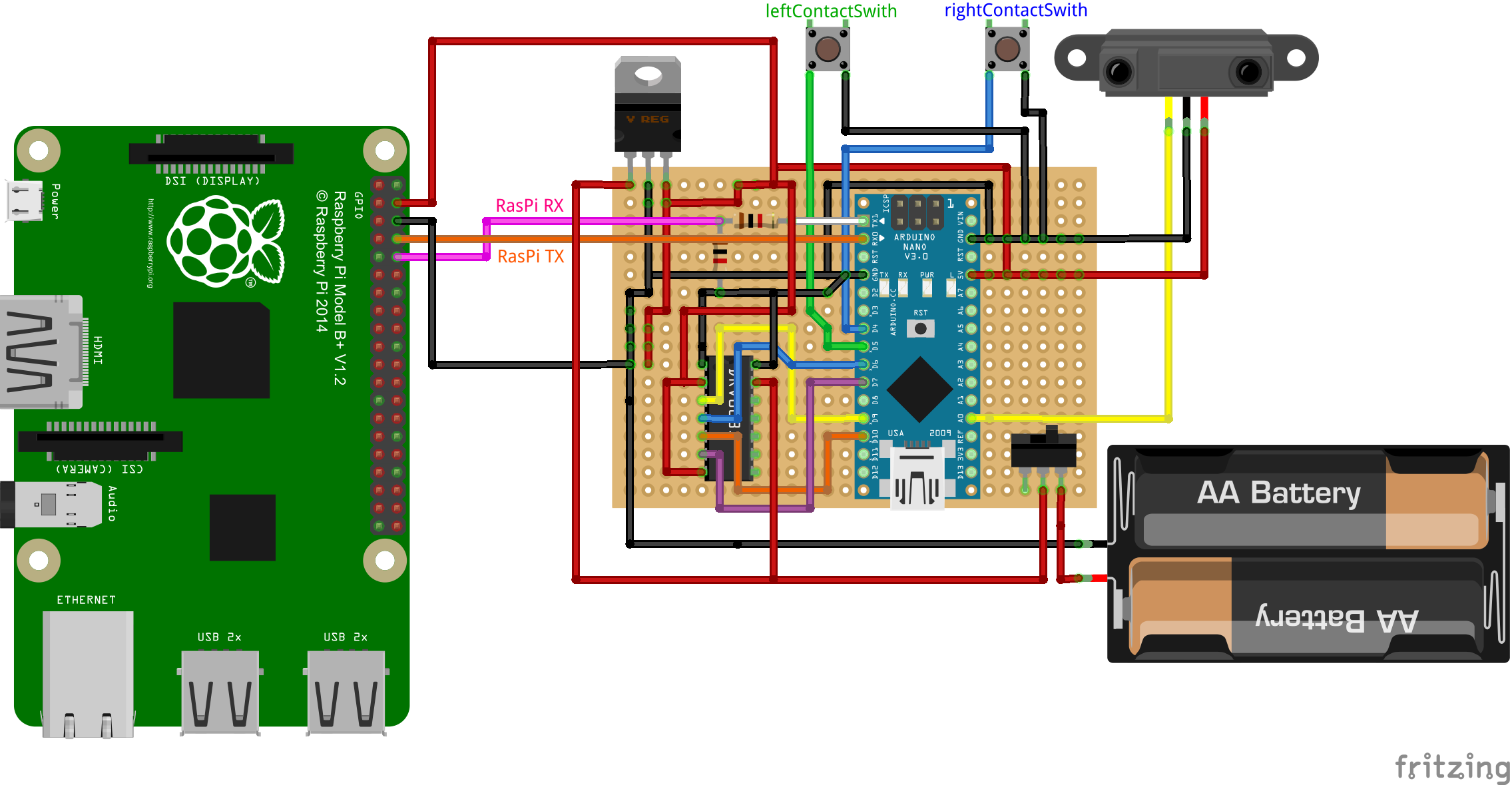 You can download the Fritzing file following this link.

The IC depicted on the board is a DRV8835, but i don't have the part for Fritzing. It's in DIP14 anyway.

I didn't put the motors ouput wires because it would make the schematics unreadable. i'll find a way to do so.

In the meantime, here is the schematics of the DRV8835 board :

I made this board, but due to a faulty switch, the blue smoke got out. I didn't understand that the switch was defective at that time, and dismantled the board trying to figure that out, after testing many continuity points.

I'll remake the board soon, as it is the last step to a functional R.Hasika.

See you soon for the next update :)