Last night, i finished rebuilding the electronics board, and i could assemble a functionnal version of R.Hasika. Things are still not yet there, but there was enough stuff to try a simple algorithm.

So i reassembled the robot, and once things were mostly in place i got this : 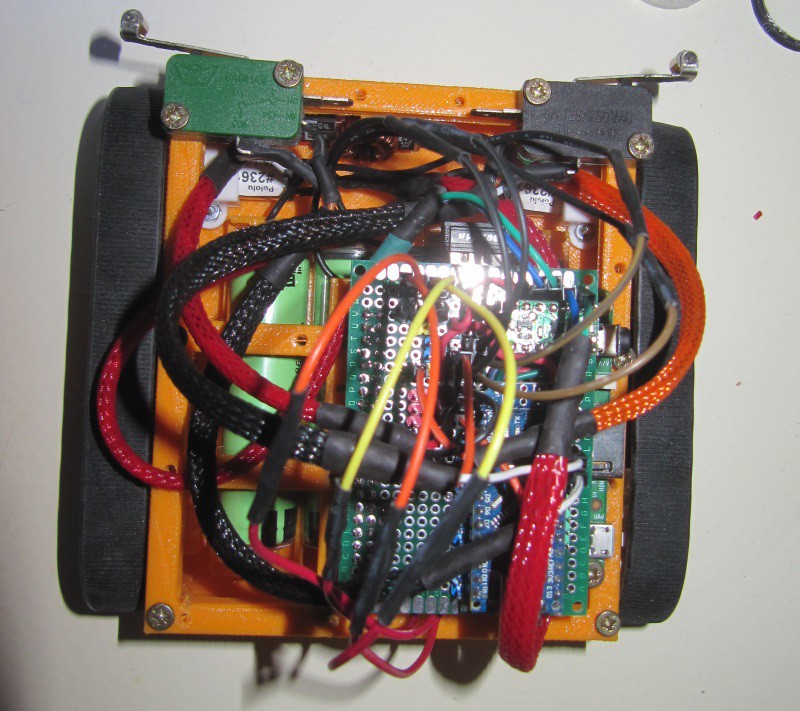 Anyway, i could use the Arduino board to control the motors, and the contact switches i the front did work. I was able to get the robot to execute a simple obstacle avoidance algorithm, as seen in this video :

After the video, i did some other work on the robot (adding a distance sensor, a power button, LED), giving the followig result : 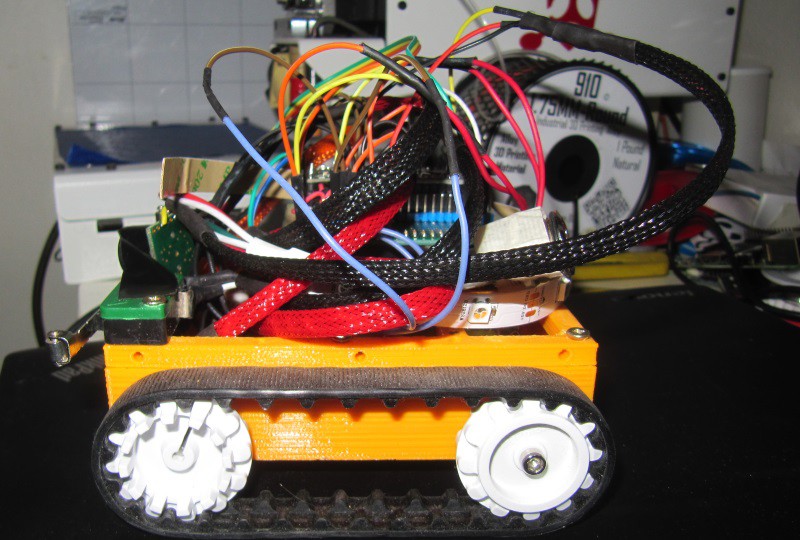