This project has had a side effect I did not expect when I started this project - I actually started selling hardware on Tindie! While I really appreciate that other people around the world are genuinely interested in what I am doing, I realized that it does not make sense to spend my time doing small batch production in my home office.

First of all, I seriously underestimated how much time it would take to build the adapters. I had built several similar designs by hand before, and I thought that I had a good process going. Basically, I just stencil printed the solder paste and placed all the components with tweezers. Also, I expected to be able to pick up the pace when building several boards at once. But I have to admit that I find it exhausting to place 0402 components by hand. One or two boards are fine, but after that my speed starts to drop seriously. In practice, the time spent on each board did not get any shorter when building 10 boards compared to building a single board at a time.

Secondly, the yield was terrible. For my last batch, less then half of the boards I built worked correctly right after soldering! I had two main issues:

I had to find a better solution. I looked into modifying the design to add electrical testing to help me troubleshoot bad boards, but I realized that was just a time consuming way of treating the symptoms instead of actually fixing the disease. Also, it would be an entire project in its own right to create a reliable test setup. I looked into building some kind of rig to help with component placing (kind of a manual pick and place machine), but that would also become its own project.

Instead, I started looking into having the boards built for me. This was the easiest way forward, since I already had everything that was needed - a proved working layout and a BOM. I sent those to iTead, Seeed Studio and Elecrow for quotes. Elecrow came out on top of this comparison, since they had by far the lowest setup cost - in practice just a $20 component sourcing fee.

When I started selling the adapters, I made a spreadsheet listing all the production costs for the hardware. When I updated the spreadsheet using the quote from Elecrow, I was surprised to see that my cost didn't increase. This is partly due to me being able to order a larger batch of PCBs and components, but also that Elecrow did a good job of picking components. Included in their quote, I got a list of requested vs. quoted components. The only part I was concerned about was the FFC connector, but they quickly provided the datasheet when I asked, and I could confirm that it would indeed work for me. I could also have requested that they used the exact component specified in my BOM if necessary, increasing the cost slightly.

So where are we now? I just got a picture sent to me of the finished boards, to verify that they look as expected before shipping. 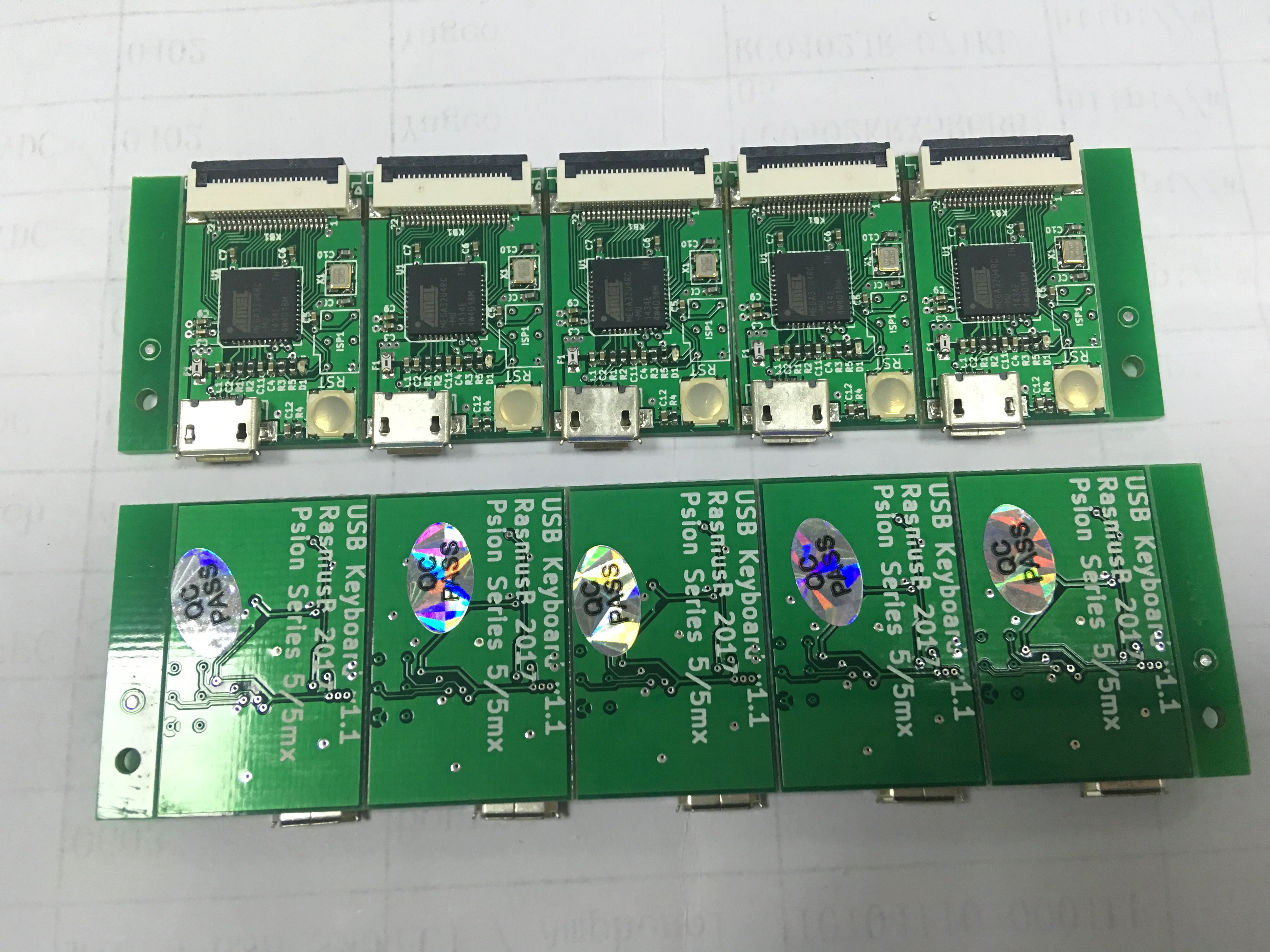 I am a little amused by the "QC Pass" sticker - I have not provided any information on how to test the boards, so at best they have checked for misaligned and/or rotated components. That said, the boards look as expected but I'll leave my final judgment until I actually have the boards in my hands.

Of course I will still have to check the boards, flash the bootloader, flash my test application, run my (manual) test procedure and package each board before they are ready to ship, but I'm confident that I have saved a lot of time by outsourcing the actual production. I'm not expecting 100% yield since I haven't given Elecrow an honest chance of actually testing the boards before shipping, but I really don't think they will do worse than I did. :)

Do you have a place where someone can sign up to buy one of these? do you still have any available?