I got a chance to power-up the first divide-by-two and it actually works!

Here's the monster wire-nest of testing: 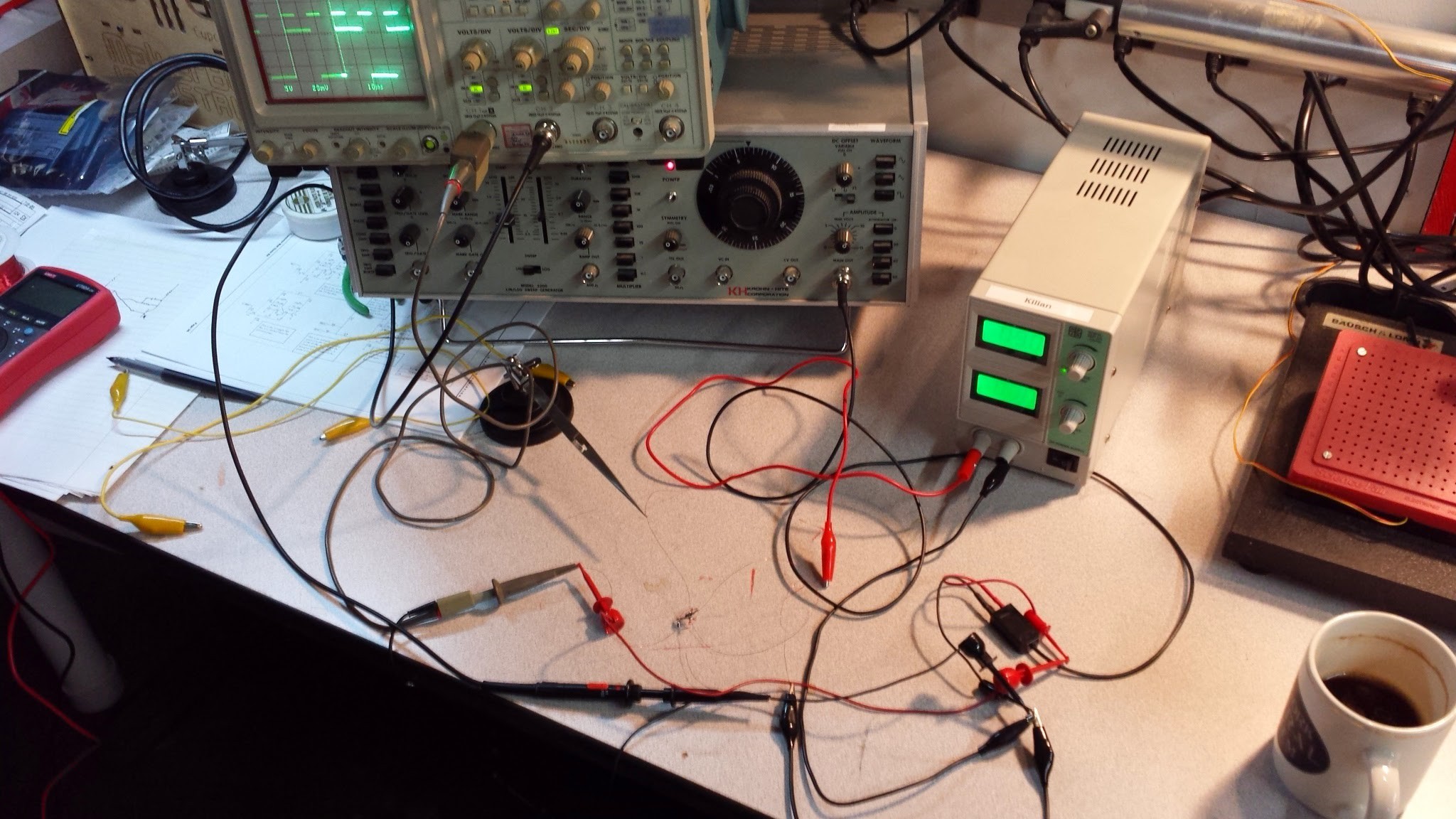 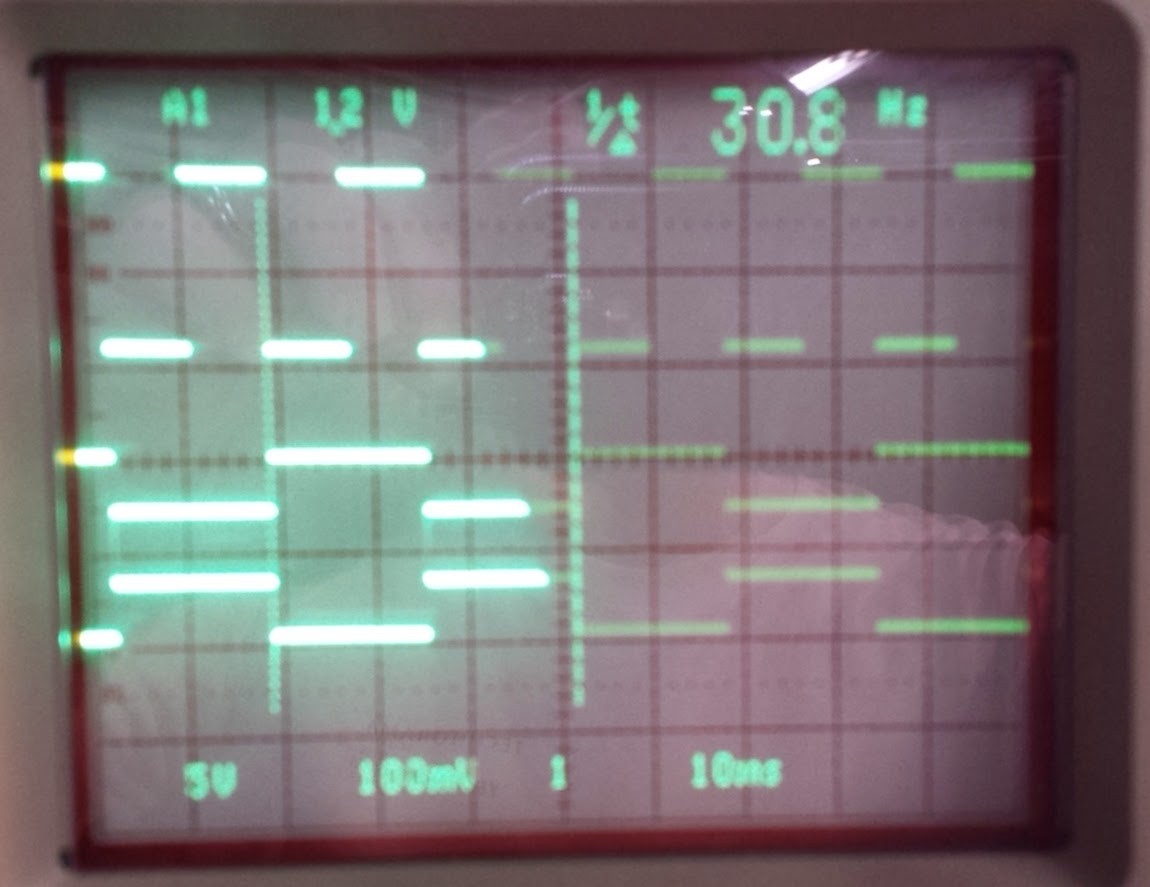 Sorry about the photo quality. I'll do better in the future.