I recently came across some surplus Daktronics Prostar 16x16 RGB electronic sign panels. Unfortunately the controller was not available. hey looked interesting so I bought a several to play with. I thought they would make a great toy if I could reverse engineer them and make them work with an Arduino.

Each pixel has a red LED, a green LED and a blue LED making a total of 768 LEDs. There is a shadow mask of plastic on the front that helps the display be seen in bright daylight. Behind the shadow mask is the circuit board embedded in a 3/8" layer of silicone. 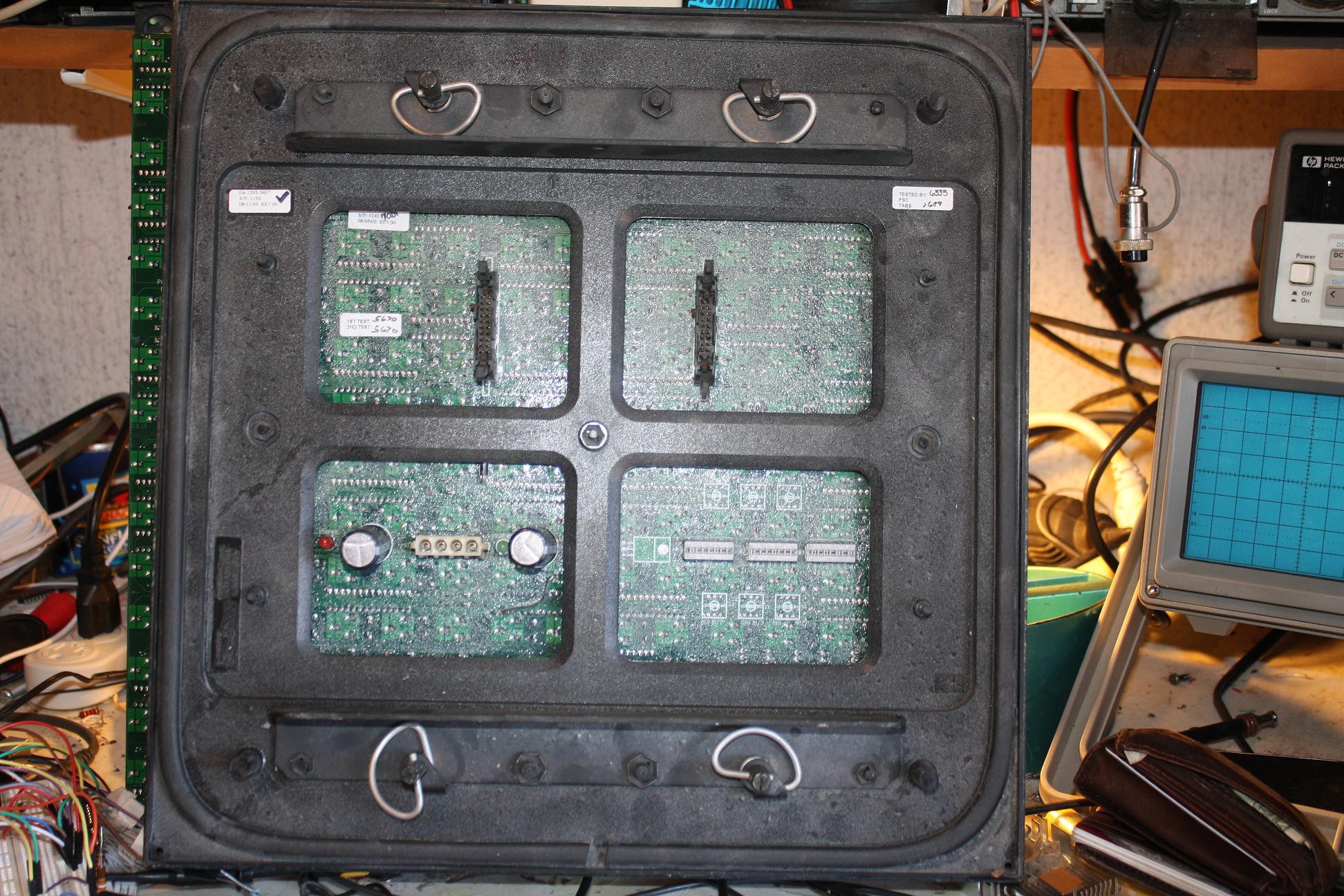 The back of the unit is plastic and has two L shaped metal mounting brackets. These were used to mount the unit to a frame. Two units could be mounted back to back producing a two sided sign when mounted in the frame. The back has a seal around the edges that seals to the frame and helps waterproof the unit. 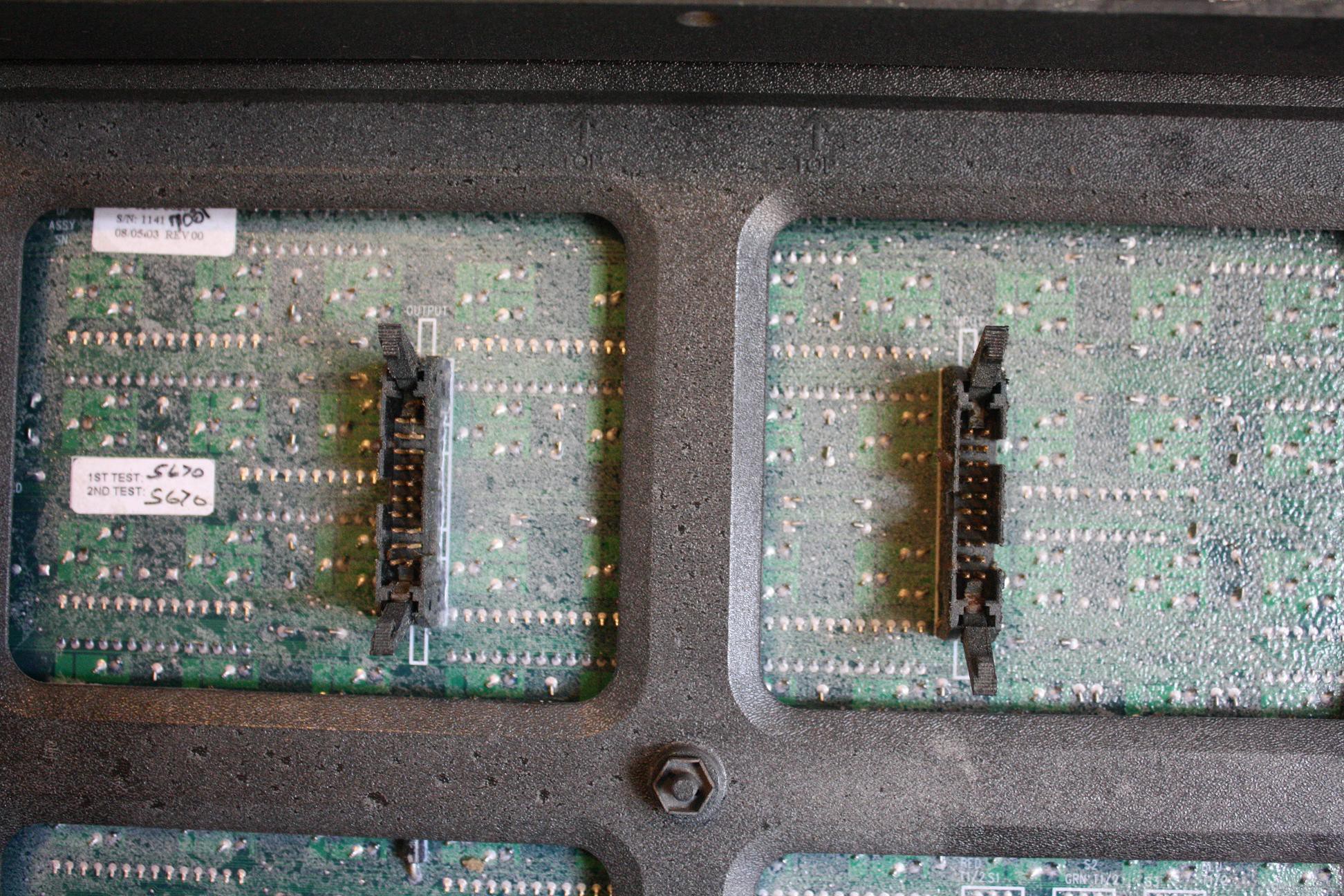 On the back there are 2 - 20pin connectors - on for input and one for output. This implies that the units were daisy-chained together in the original sign. 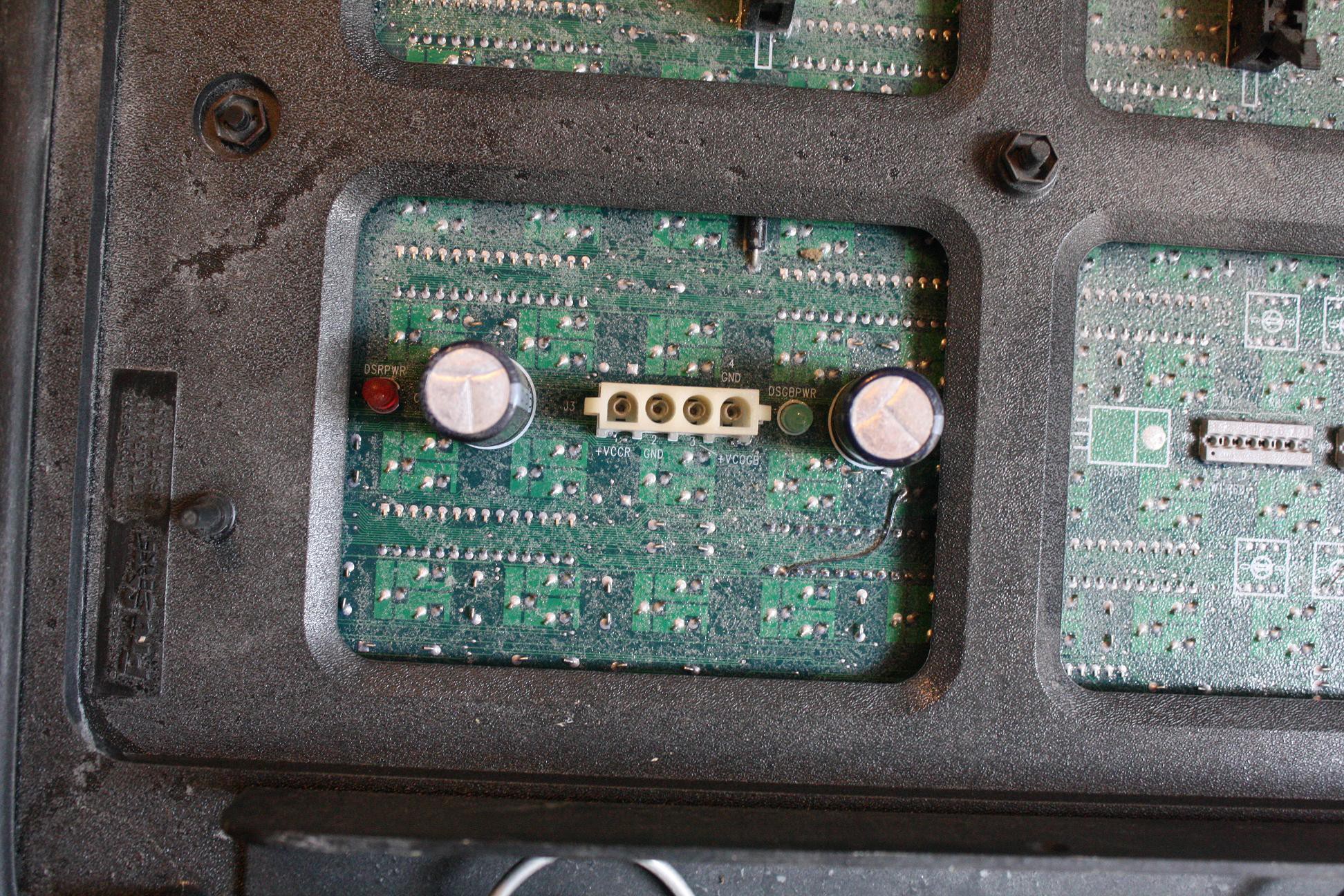 Also on the back is a power connector and two status LEDs. The power connector is labeled +VCCR, GND, +VCCGB, GRN. It appears to be a female molex connector. The separate supply input implies that a different supply was used for the RED and GREEN/BLUE circuitry.

On the right of the power supply connector is a set of three 8 position punchout jumpers. They are labeled RT-RB GT-GB BT-BB at the top and W1RED, W2GRN, W3BLUE at the bottom.