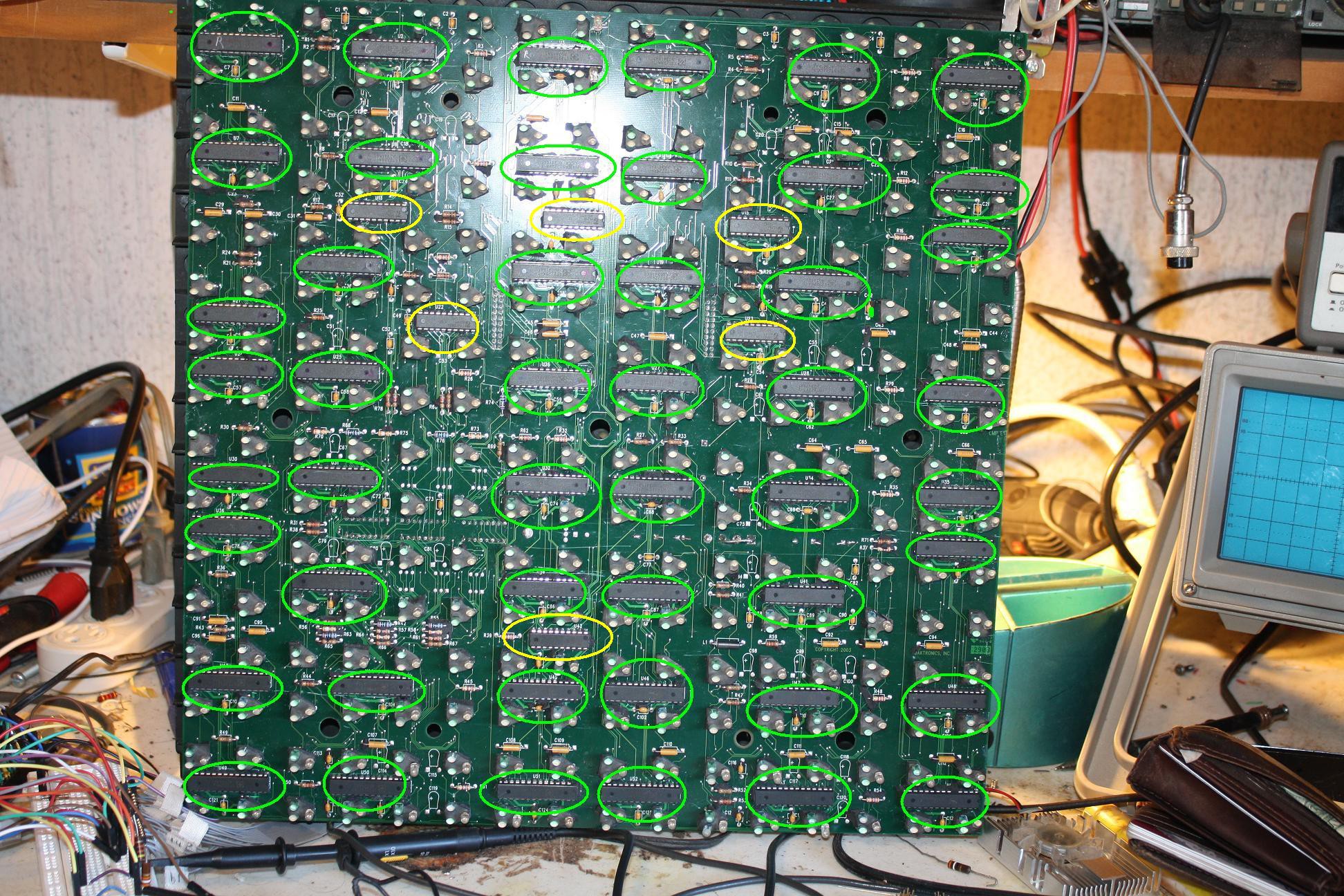 Next I looked at the basic structure of the six buffer ICs (Yellow). 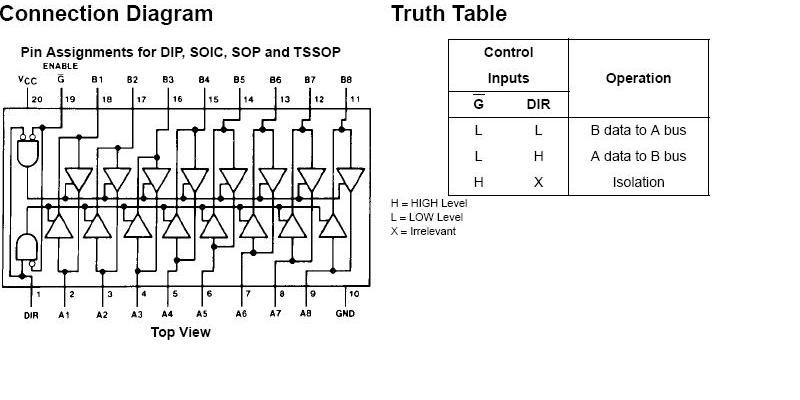 I thought initially that the Enables on the buffers were being used to control "banks" of the drivers. Upon using the meter, however, I found that all of the active low Enable lines were tied to ground and all of the DIR inputs were tied high. This meant that all of the buffers were acting as simple 8 bit non-inverting buffers. No control inputs, no bi-directional nonsense - They are just here to bump up the current. More lovely simplicity. 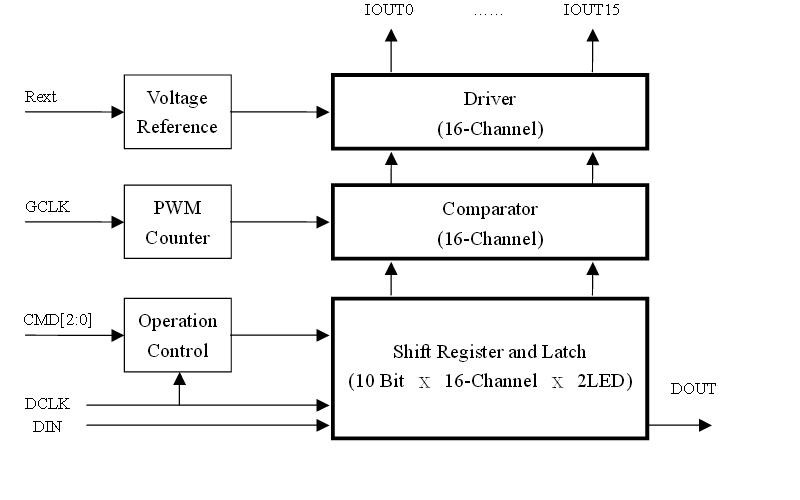 In order to continue it is necessary to understand how the driver controls the LEDs. As shown in the datasheets the driver has three main components for each LED output - a controller/shift register and latch, a pwm counter/comparator and a set of output drivers. When the shift-in command is issued the Dclk input is used to clock the data into the shift registers for the 16 LEDs. Each LED requires 10 bits of luminance data. When the buffers for all of the LEDs on the chip are full (160 bits worth) the capture command is issued which latches the data into the shift register where it drives the inputs of the comparators. The driver turns on the LEDs and each LED's pwm counter starts to count down using the GCLK signal as a clock. When the comparator sees that the pwm counter has reached zero the LED is turned off. When done repeatedly with the emitting command, this controls duty cycle and thus the brightness of the LEDs. 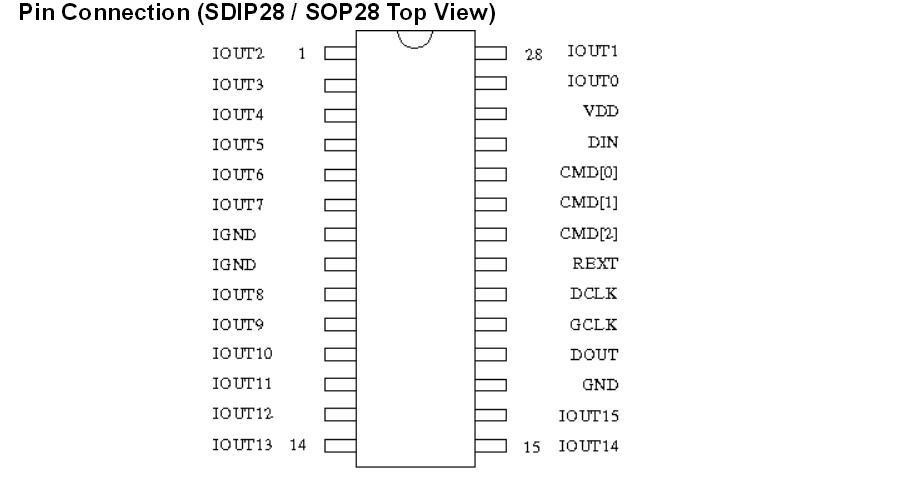 I decided to see where the control inputs were coming from on the driver ICs. Each chip has three control lines: CMD0, CMD1 and CMD2. These lines are used to control the mode of the chip, when it is clocking in data and when it disables and enables the output. The control codes are:

Next up - The clock signals - DCLK and GCLK