Spent tonight messing around with Energia. I wanted an easy way to generate some test programs for the incoming PCB. 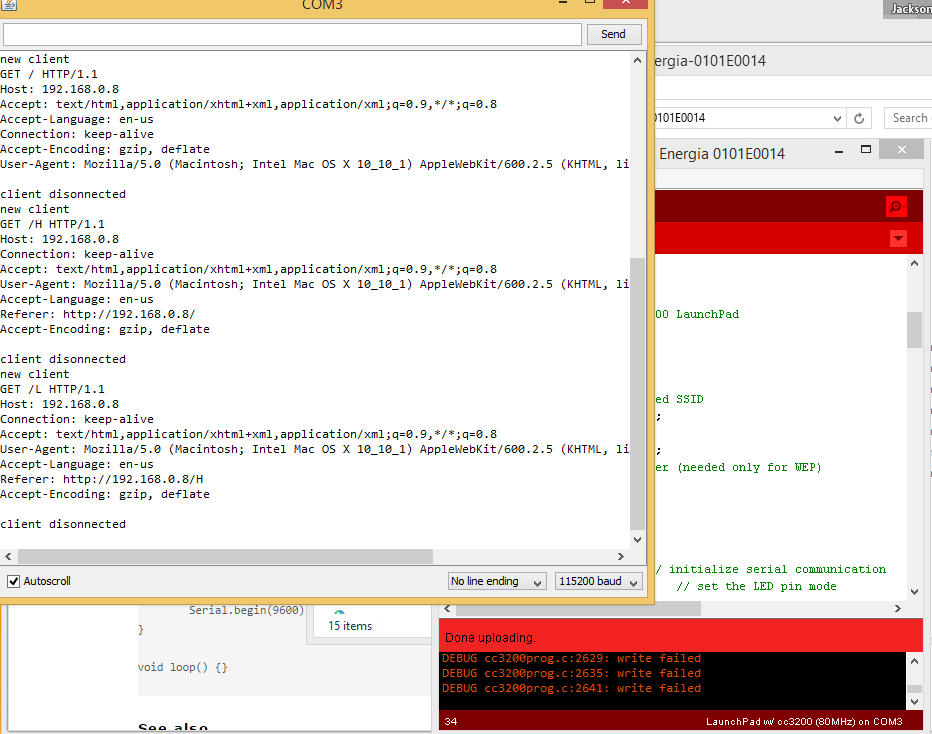 Energia is a Arduino based tool for programming TI's series of launchpads. I found it was extremely easy to use. I was up and running in just 10 minutes. I found this tutorial extremely helpful.

He goes through two simple tutorials. One blinks a light based on a timer. The other blinks the light based on user controls from a webpage. Everything worked really well.

I also put the CP2102 programmer through some extra paces. It works well with the Energia IDE. When Energia attempts to enter debug mode after uploading the binary, it fails. Still, the program loads successfully. The serial port monitor also works through the CP2102. I was really happy to find that out.