My first attempt at assembling the circuit board was unsuccessful. The LGA package combined with a rushed solder paste application to ruin the first reflow. I tried to salvage the board, but nothing seemed to work. I'll be making a second attempt in the next few days.

I started off from the ground up. I had never attempted to reflow before so I had to begin with a trip to the store for a shiny, new toaster oven. 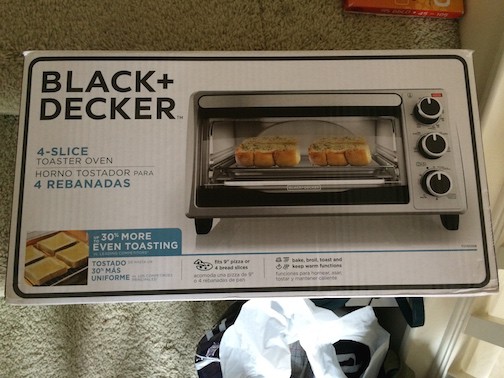 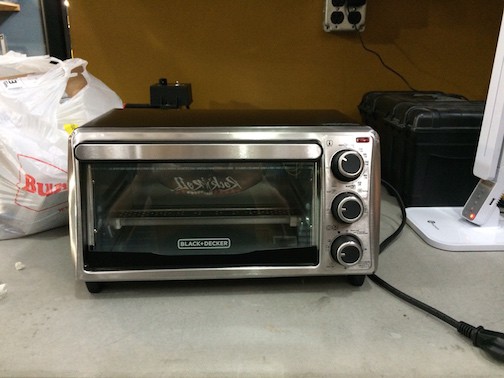 After setting up the toaster oven, I got to work with the stencil. I used OSH Stencils. The stencil lined up really well. 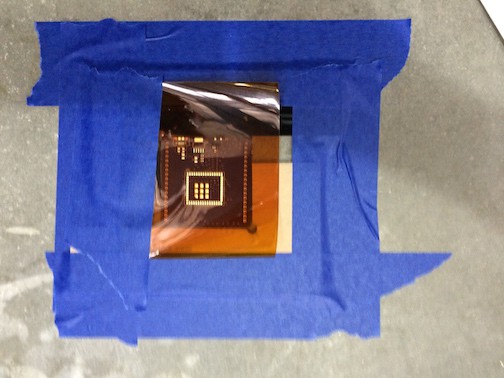 They're pretty nice, but I'm apparently still pretty bad at using them. The process is a little sloppy. Looking back, I think this may be where I made the biggest mistakes. 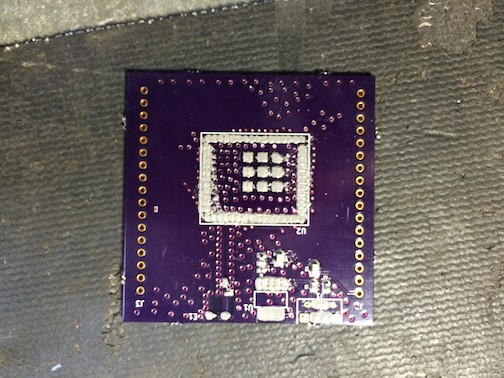 There's lots of extra solder on there. Still, I was in a hurry and didn't know better, so I soldiered on. I got a pair of tweezers and placed the parts on the board. My shaky hands had a hard time placing the 0402 components. 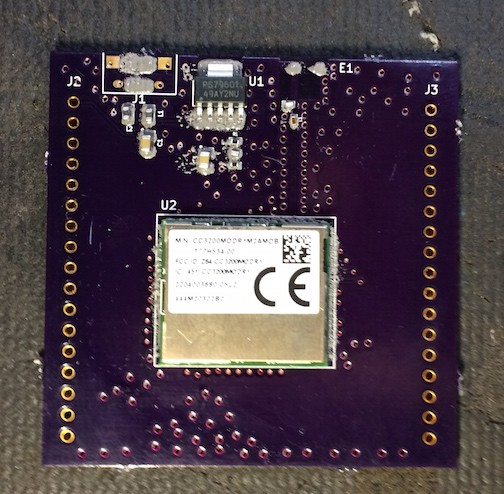 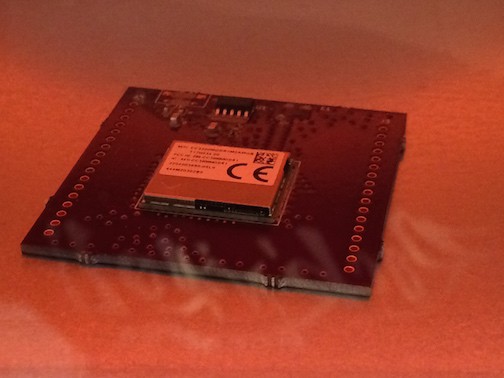 The power supply and antenna circuit turned out well, despite the extra solder and small components. But you can see the beginnings of trouble with the small bubbles forming outside the microcontoller package. At this point, I had placed the header pins on the board as well. 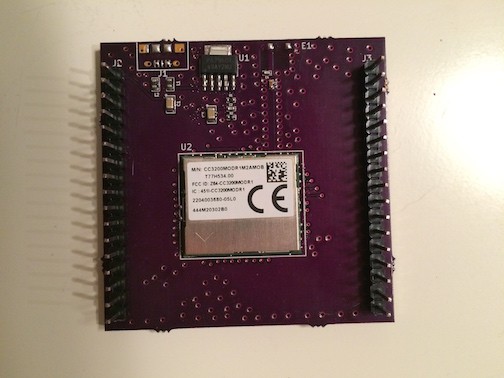 Testing showed spurious voltages on some of the output pins. At that point, I attempted to reflow and remove the extra solder with solder wick. But my attempts to salvage the board failed.

Overall, I'm going to use more caution assembling the next board. I'm nervous about state of the microcontroller. I've been careful to keep an eye on the parts temperature during testing. I've also done some short circuit testing and nothing appears to be out of place.

So, I've assembled a CC3200MOD breakout for a project, and I have a couple pointers:

1) You're using too much solder paste. I can't tell from the stencils, but it looks like the openings for the pads are the same size as the pads themselves. I didn't use a stencil, but I found that the amount of solder needed is tiny - maybe about 25% of the pad area.

2) An alternative to a hot air reflow oven is the use of a hot air rework station. I do all my small scale assembly with one now, and it works so much better in small batches than a DIY reflow oven. It will cost you about $100 for a good one, but it well worth the cost.

Thanks for the tips.  I might give this a shot later.  I had the foresight to give the heat-sink ground pins less solder paste, but never thought about doing the same thing for the rest of them.  It's a really great idea.

I've been meaning to post some progress, but I actually found a place to assemble the board for me.  I'll be getting some posts out today at some point with pictures and everything.  But long story short, it's working!

Which hot air reflow station do you recommend?

I've been using the CSI-825A from Circuit Specialists (http://www.circuitspecialists.com/csi825a.html). It's a little on the pricier side compared to other eBay alternatives, but I've heard a few reports of unsafe wiring on those, so I went with a little more reputable brand. Sparkfun sells something very similar to the CSI-825A (I believe it's a rebadged unit.)

If you don't mind me asking, where did you get the assembly done? I'm looking for an assembler to do a small run (~30 boards).