I had to give up on hand assembly. I made a few more attempts. However, I could never get it to turn as precisely as necessary. Not to mention, after numerous trips in and out of the toaster oven, I became suspicious that the chip had been compromised. As a result, I turned to the wonderful people at Macrofab, based in Houston, TX. After two weeks of patiently waiting, I received the final product. It worked right out of the box. I spent time testing some basic GPIO and WiFi functionality. Everything worked very well. I have now completed the rough scope of this project. 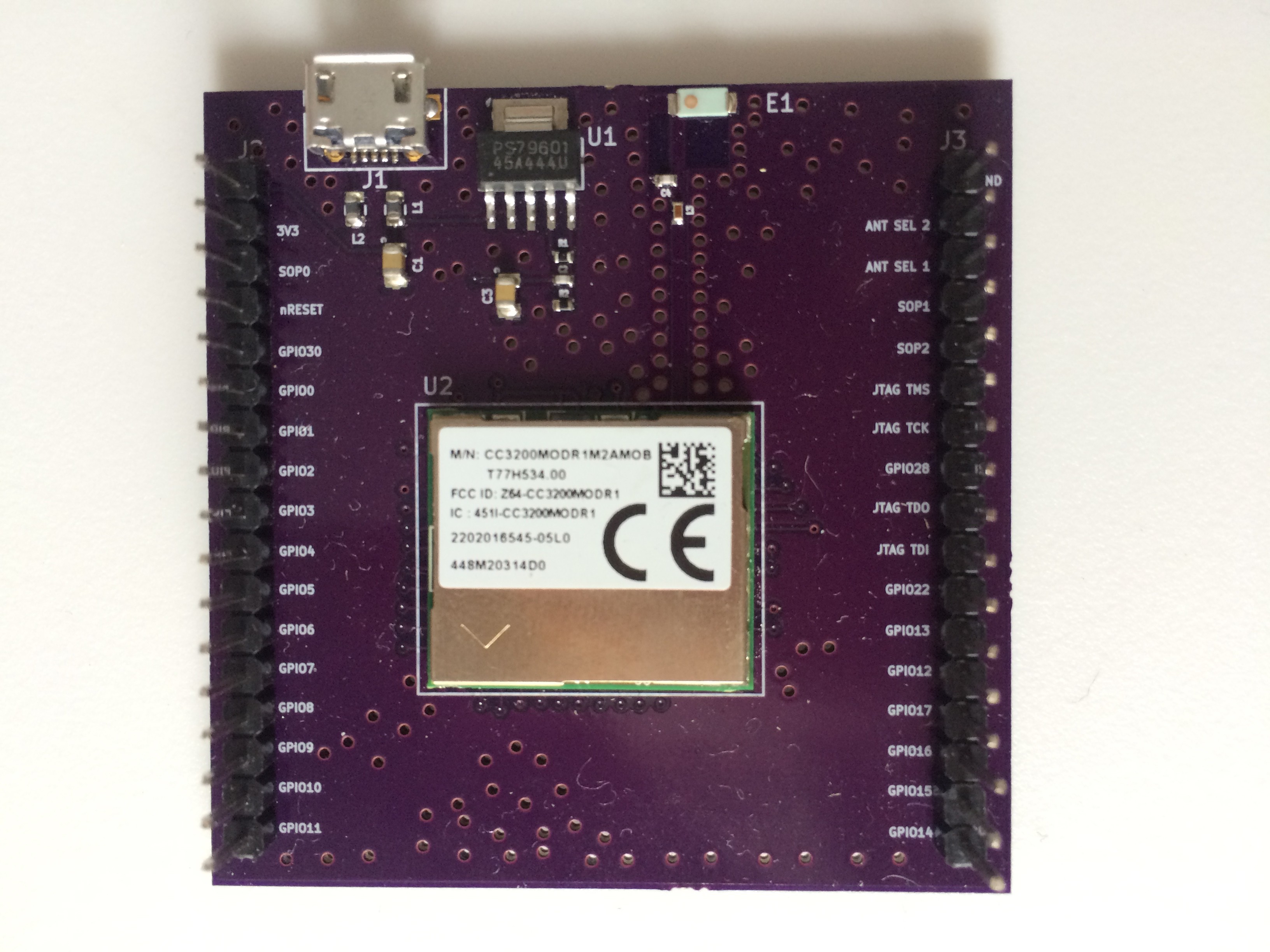 Here's a video of the board all wired up and blinking it's first light.

Next steps will include some simple improvements to make firmware development more easy. Adding a programmer would be a good next step. Improving the form factor to be smaller and more compact. I would also consider adding power LEDs, some GPIO LEDs, and jumpers for the programming pins.