I have ordered few more bits and pieces which will take about 4 to 6 weeks to arrive from china. Few more stepper motors and I decided to give a try to arduino as a preliminary driver for the machine. Back when I was looking into it it was not looking like particularly capable or even outstandingly economic way of driving a cnc machine but over the past 8-9 months it seems something has happened. When just browsing around ebay I stumbled upon an arduino uno clone for something silly cheap - like 3 or 4 EUR or so and I had seen some mentioning of an arduino based thing called grbl. So after reading about it a bit it did not seem too bad at all. So I now have an Arduino Uno clone, CNC shield 3.0 and three more stepper motor drivers based on DRV8825 driver ship incoming. I do already have also parallel port based components sitting in a box so I guess I can try out them both eventually. Ideally I might be able to wire everything up in such a way that I can switch between driving the machine with parallel port and with arduino just by flipping a switch.

The stepper motors I ended up ordering for X and Y axes (some Nema 17 size pretty long things claiming to deliver 50 N.cm) seem to requite current in the range where these stepper motor drivers will need some heat-sinks to not shut down because of thermal protection kicking in.

Heatsinks advertised online for these drivers are really small aluminium things claiming to be 11x11x5 mm in size. Because I tend to water cool my GPU's in my PC's I do have various VRM heatsinks sitting around so I plan to use some of these on the driver boards. They seem to be cheaper (when bought as a pack of 10) and a bit more capable than the ones advertised in the net specifically for these drivers. Only problem might be the size. Might have to arrange also some kind of fan over these. 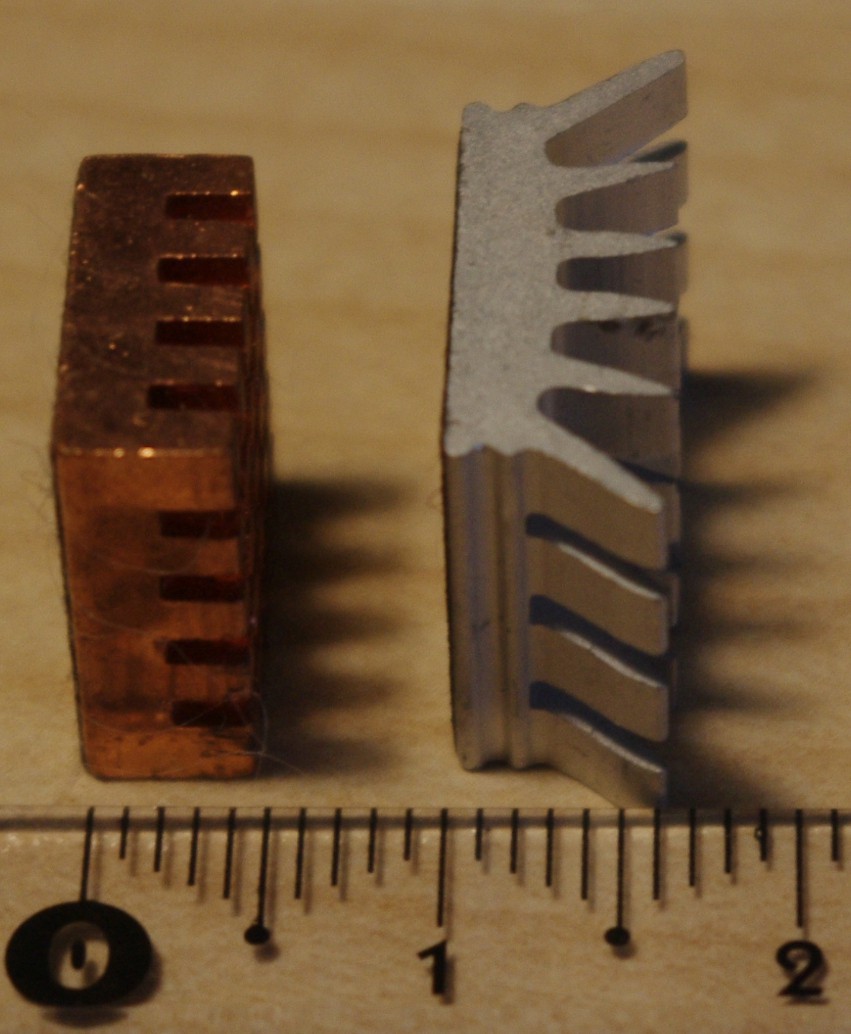 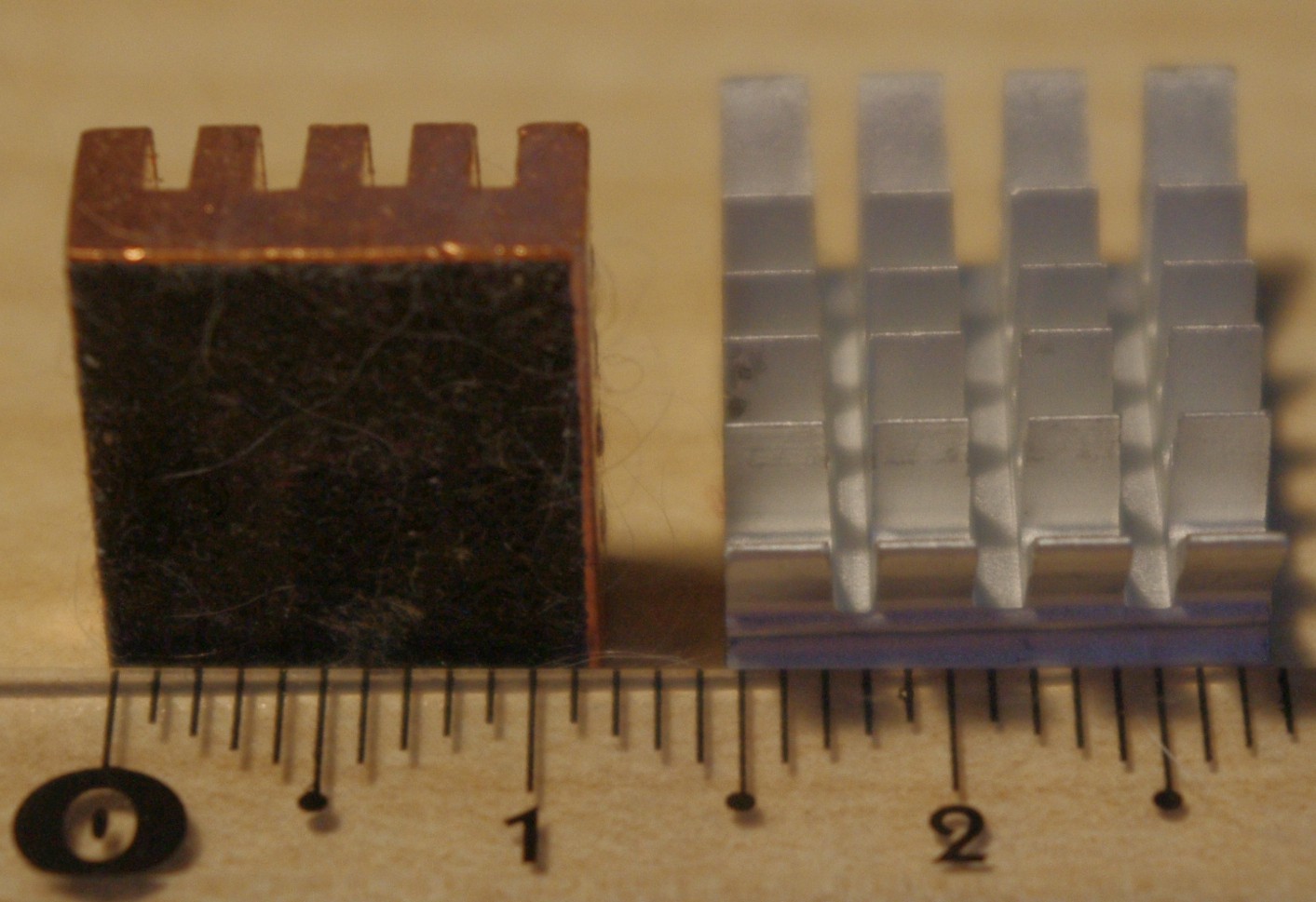 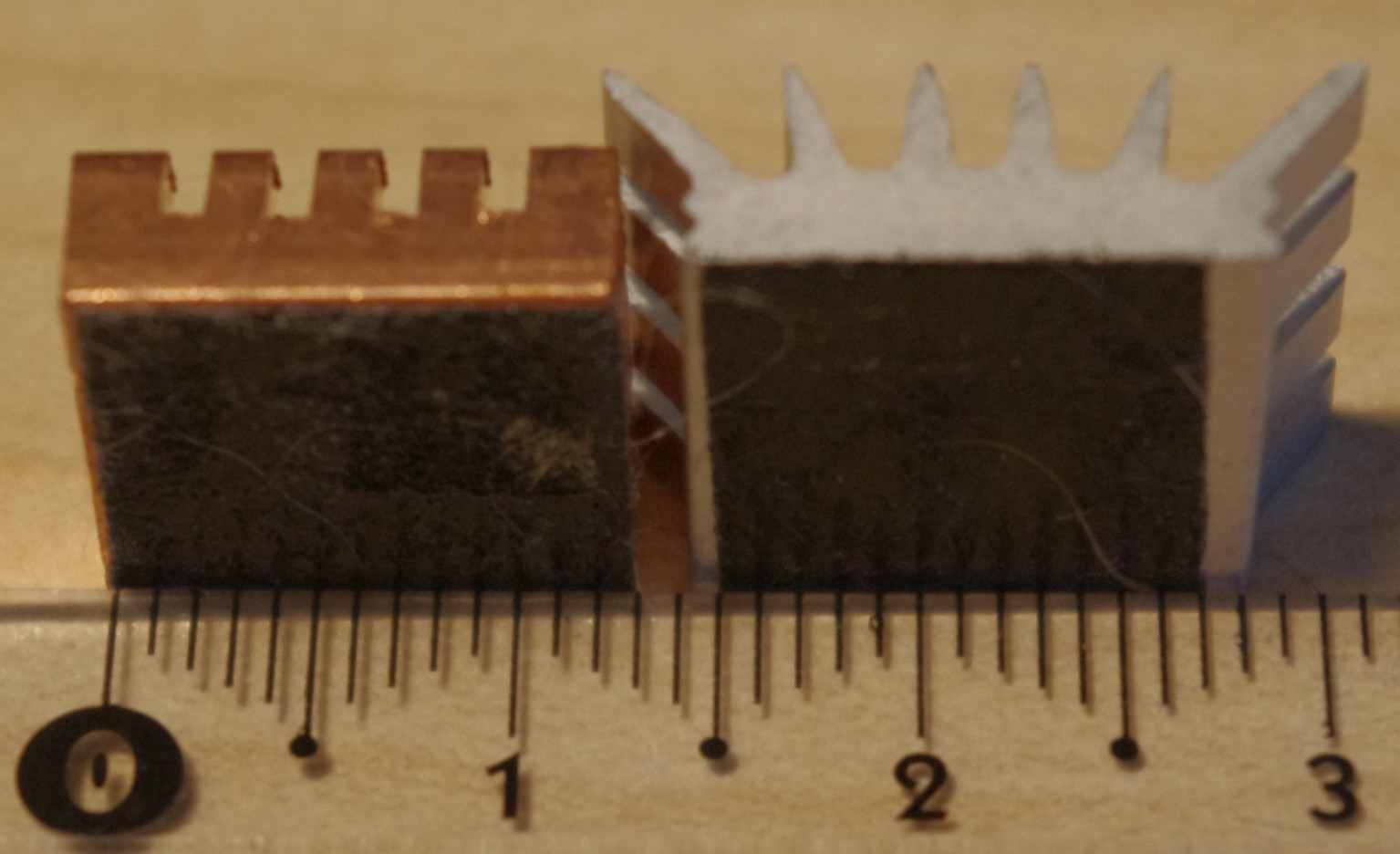 It seems there is more or less exactly 11 mm between the legs of the driver board and they seem to be sticking slightly higher than the chip itself. While the copper one I have have dimensions of 11,5 x 13,5 x 5 mm and the aluminum one is about 13x14x6 mm in size. Will see once the stuff arrives and I get around trying if I can actually at last make some kind of stepper motor to move - if there is a problem I can always file one edge of the heat-sink down a bit. At the moment I have only one DRV8825 based driver for testing purposes which I was thinking of hooking up to a parallel port interface based board, only problem with that is that my second PC which does have a parallel port is in use at the moment for other purposes and it is inconvenient to test those things at that location where it is at the moment.

Overall I'm pretty busy at least until end of March so it is unlikely that I get anything done in immediate future. Just the right time to do the orders and wait for the stuff to arrive.

Huh, it's been a while