Finally I have some time to describe how to override bootloader and softdevice. It's not supported by weloop bootloader but nothing stops us from writing a custom firmware that will allow this. To make it as simple as possible and to use existing applications that support nordic DFU I've decided to merge custom installation app with a new bootloader and a softdevice and upload it as a new firmware. After firmware upload installation app is started and bootloader and softdevice are copied to the correct addresses. Unfortunately it's not so easy because it's not possible to override softdevice from the firmware. There's also problem with UICR registers because it's not possible to override them. There's only one way to change UICR - make a full memory erase. But when we do this from a firmware then watch will crash after erase because processor will be executing instructions from empty flash...

So how I did this? I've created two apps: 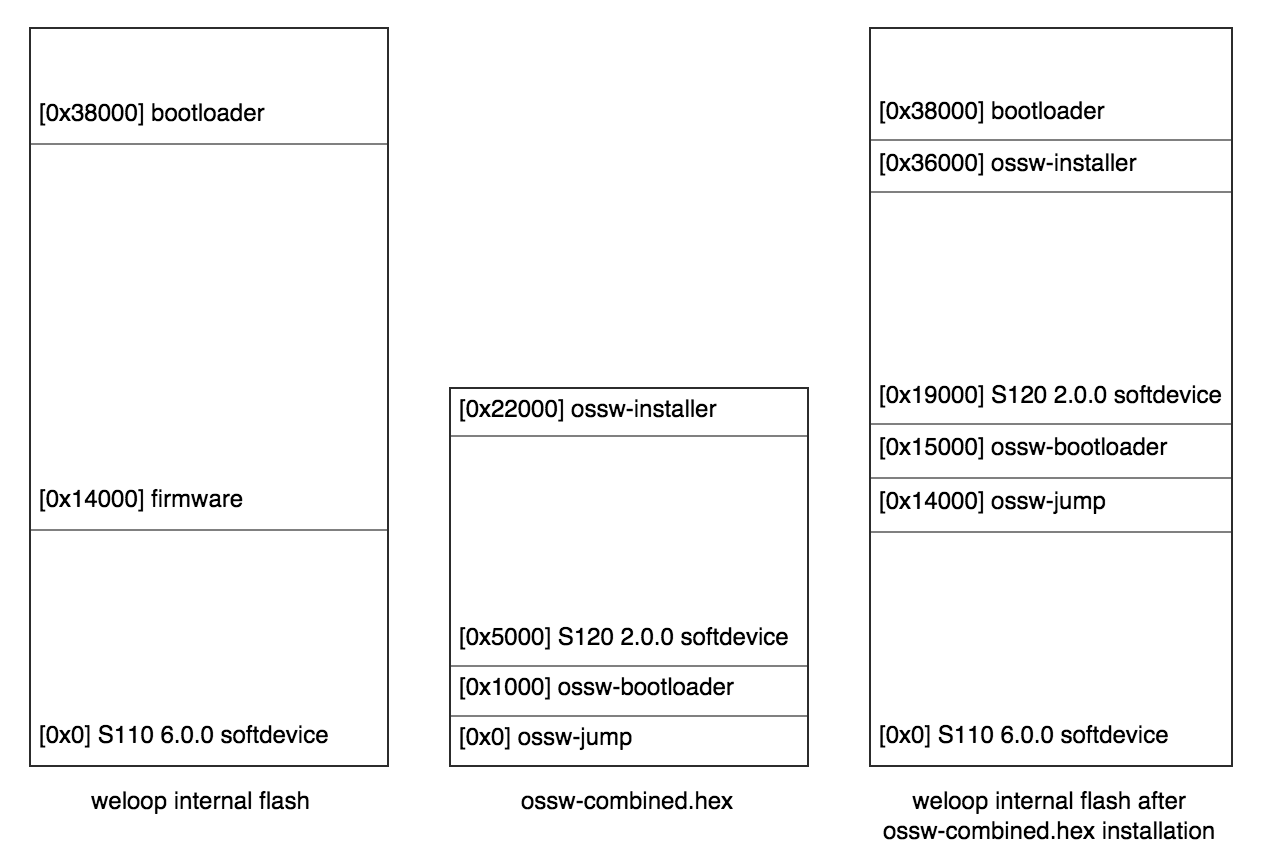 After firmware installation weloop restarts and bootloader is executed and passes execution to ossw-jump. This app copies ossw-installer to RAM. 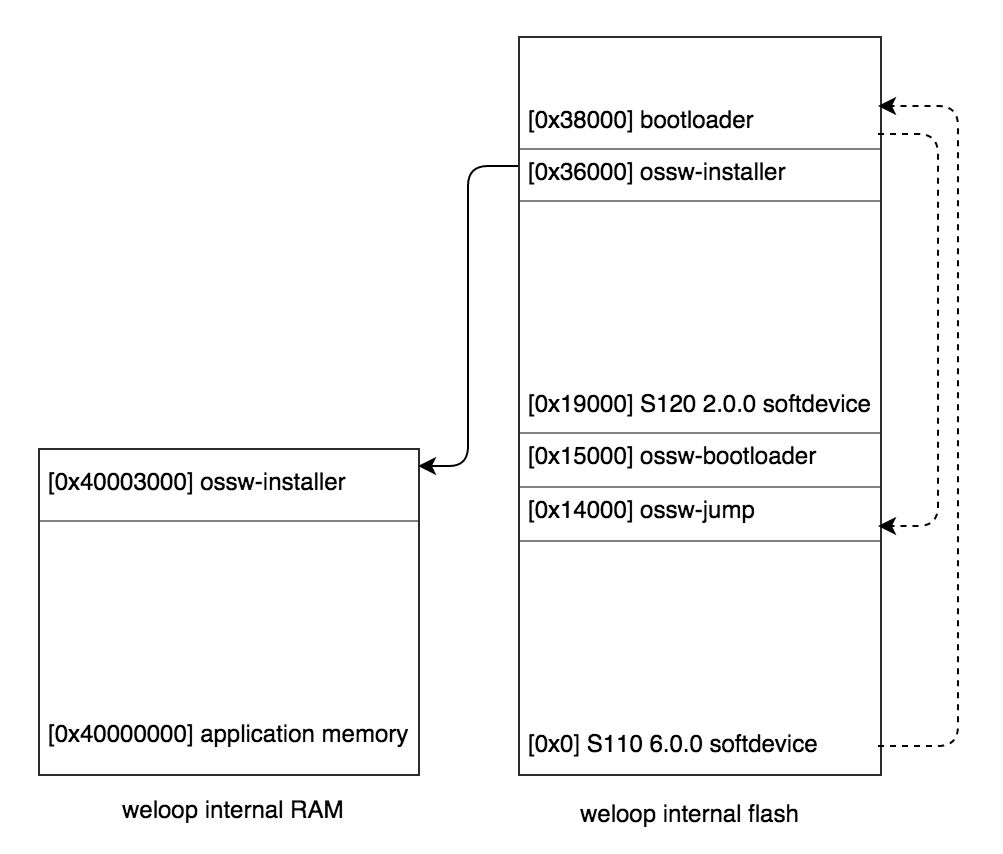 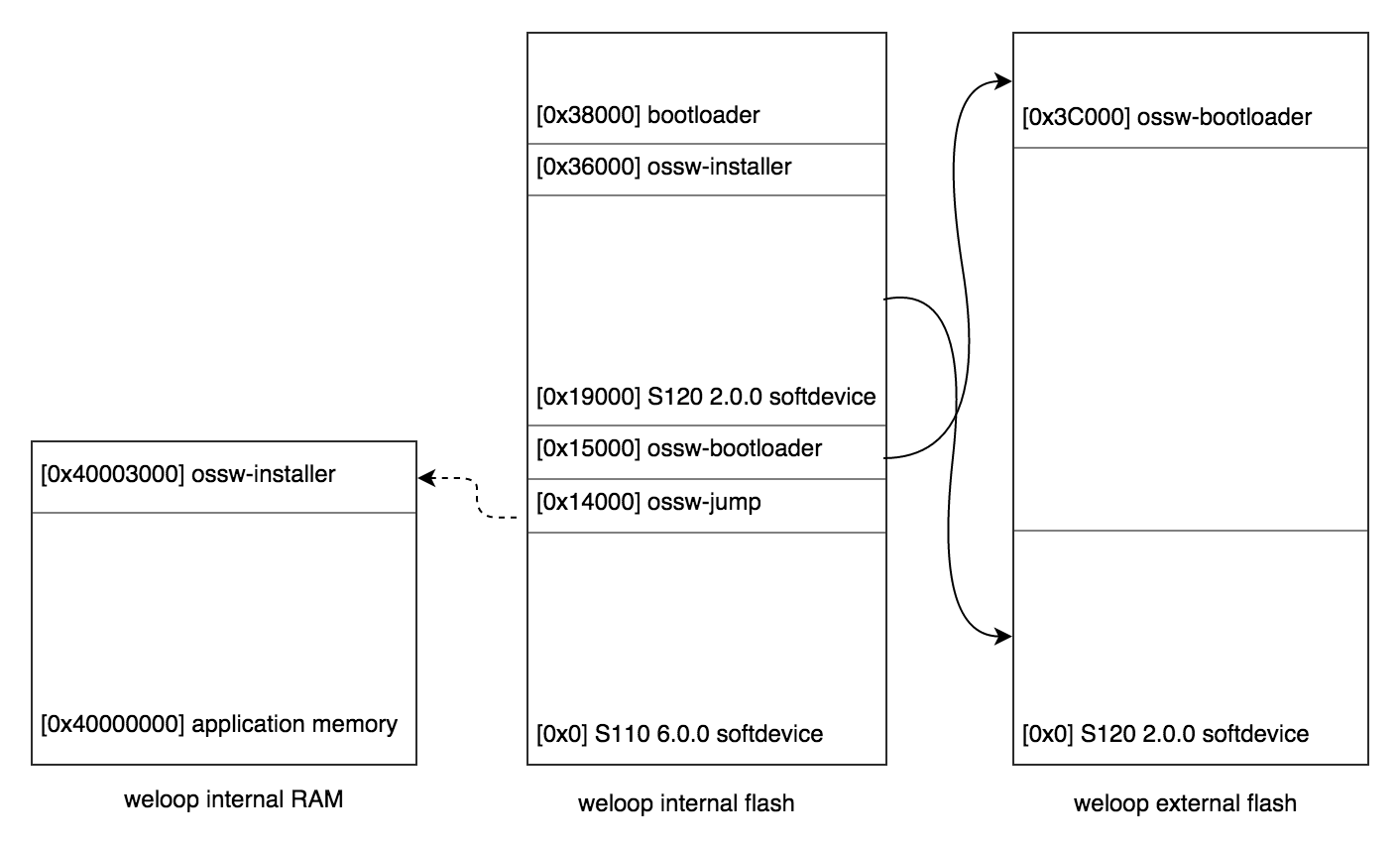 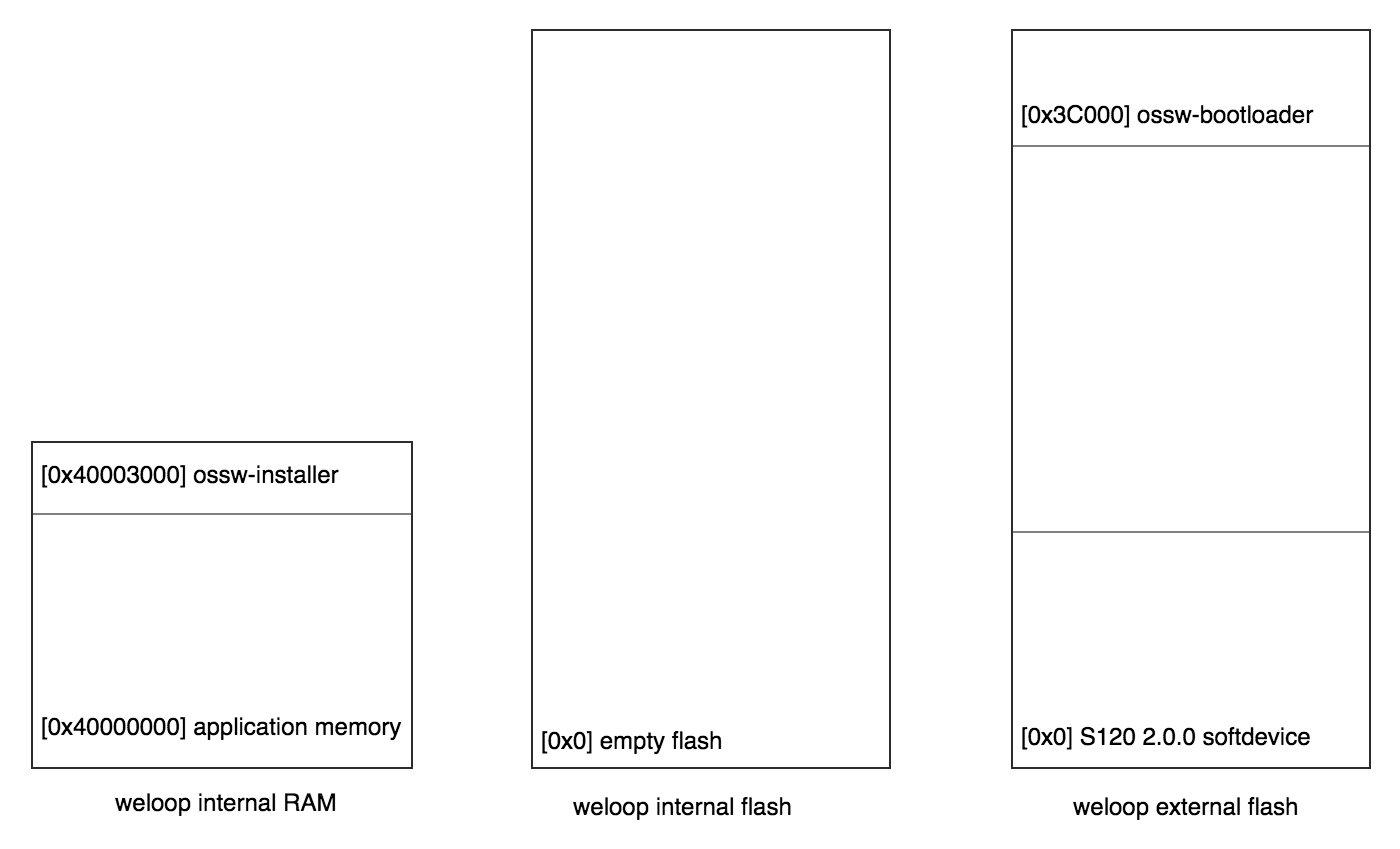 And finally new bootloader and softdevice is copied from external flash to processor flash and new bottloader address (0x3C000) is set in UICR. 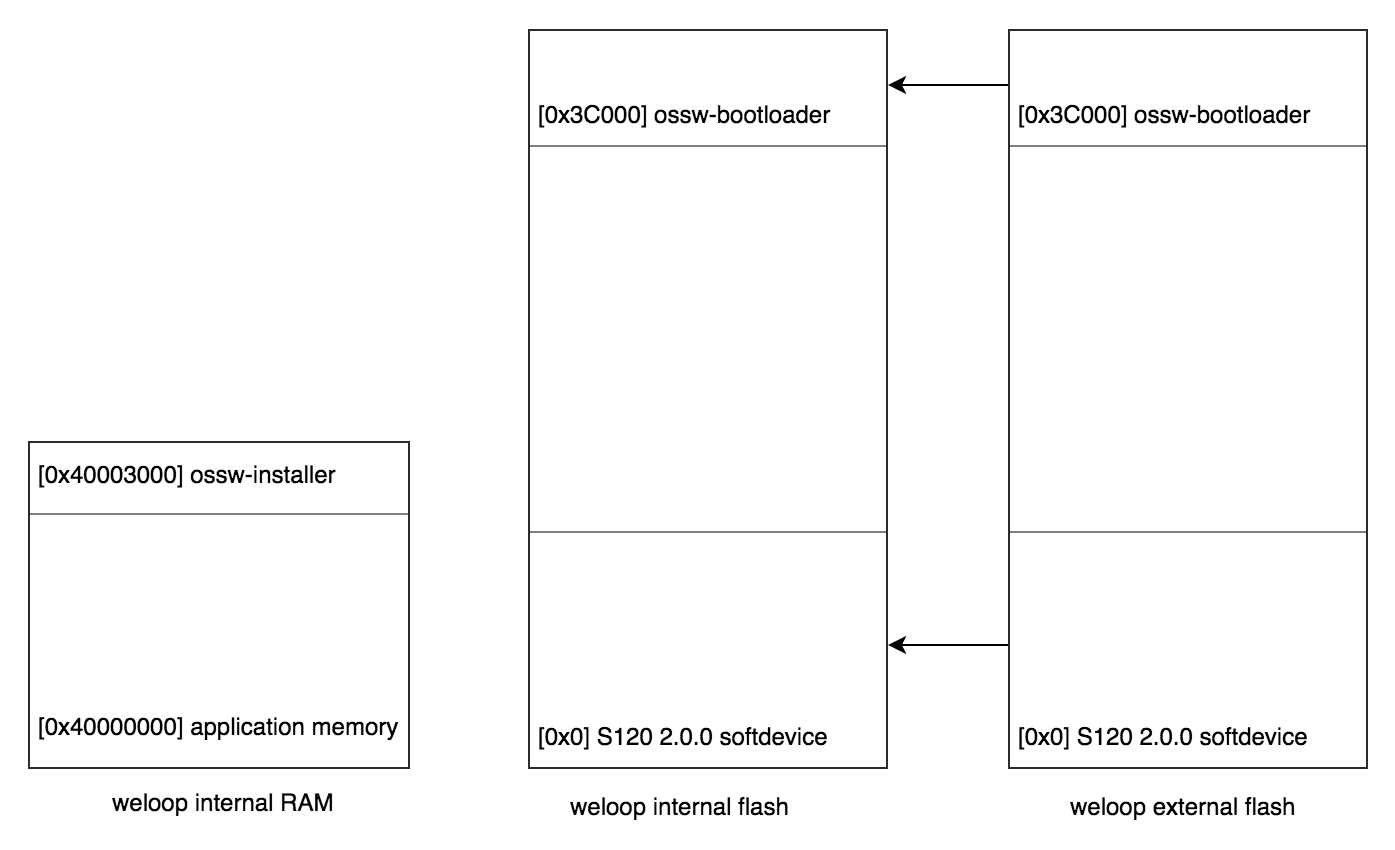 And that's it, we have a new bootloader and S120 2.0.0 softdevice and may upload a new firmware with nRF Toolbox.