A Connect a coffee jug to the internet via a network of NRF24l01 and the ESP8266. Data stored and displayed on ThingSpeak.com and the VFD.

- The necessary components for the MSP430 to be operational are quite simple: only a CR2032 battery for power, two decoupling capacitors, a pull-up resistance on the RST pin. Note some pins connected to TX, TEST, RST and GND have been soldered in order to facilitate the programming and debugging of the MSP430.

- The cluster in the top left corner are the LDR in a potential divider with the 10k resistors and the TMP36 temperature sensor: light levels are then directly read with the pins analogue A0, A1, A3 from the MSP430, and the temperature from A4.

- The rest is just a lot of wires to connect the MSP430 to the transmitter NRF24L01, the colour code is used to facilitate the wiring (sorry for brown --> GND but black looked messy)

On the software side, the micro first convert the analog read from the temperature sensor to celsius degrees. Then combined with the light sensors, they determine the level of coffee: full, half, low or empty. Finally the temperature and the coffee level is sent to the receiver to be uploaded on the web.

The coffee jug transmitter circuit is implemented on a stripped board: 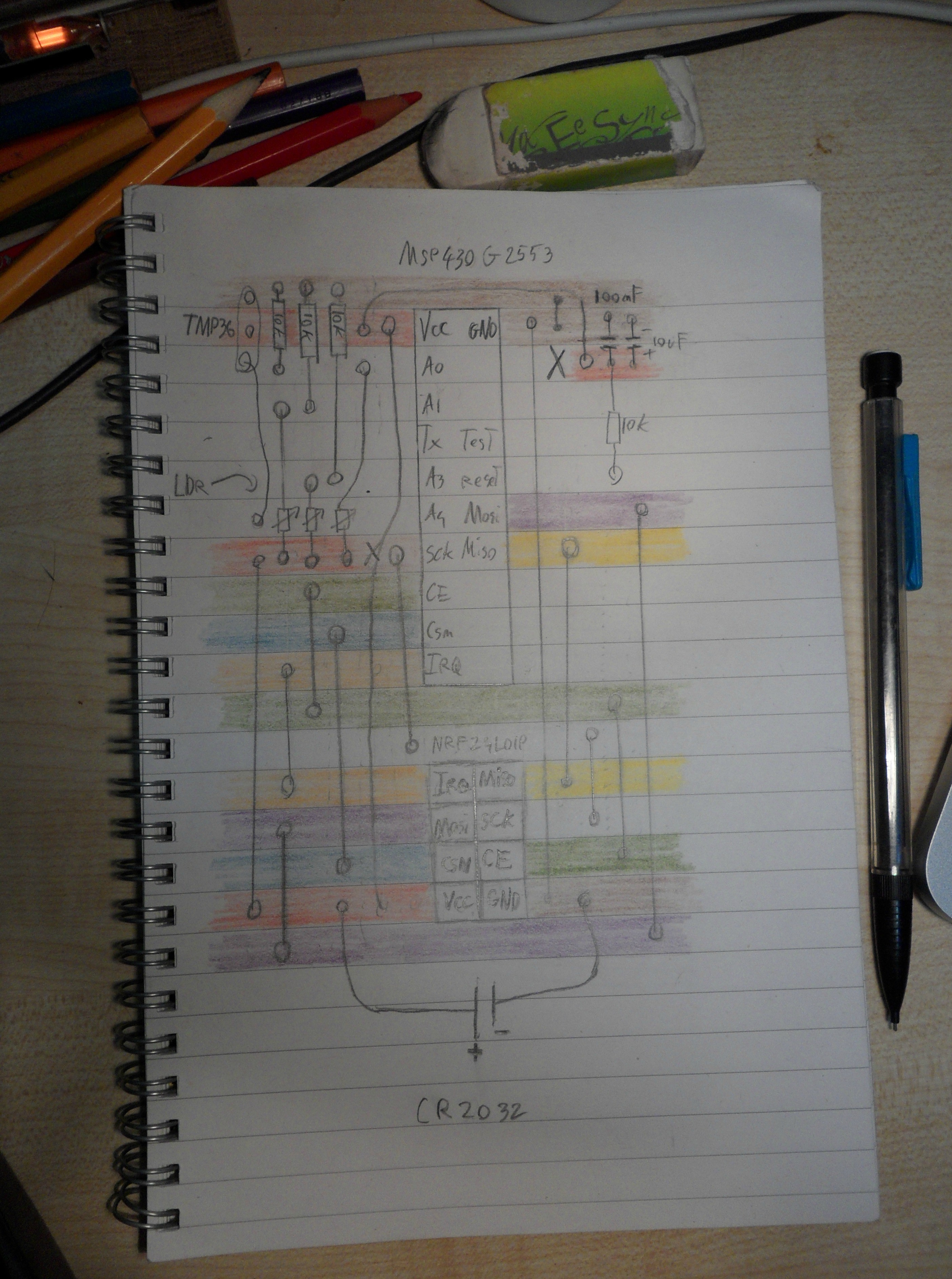 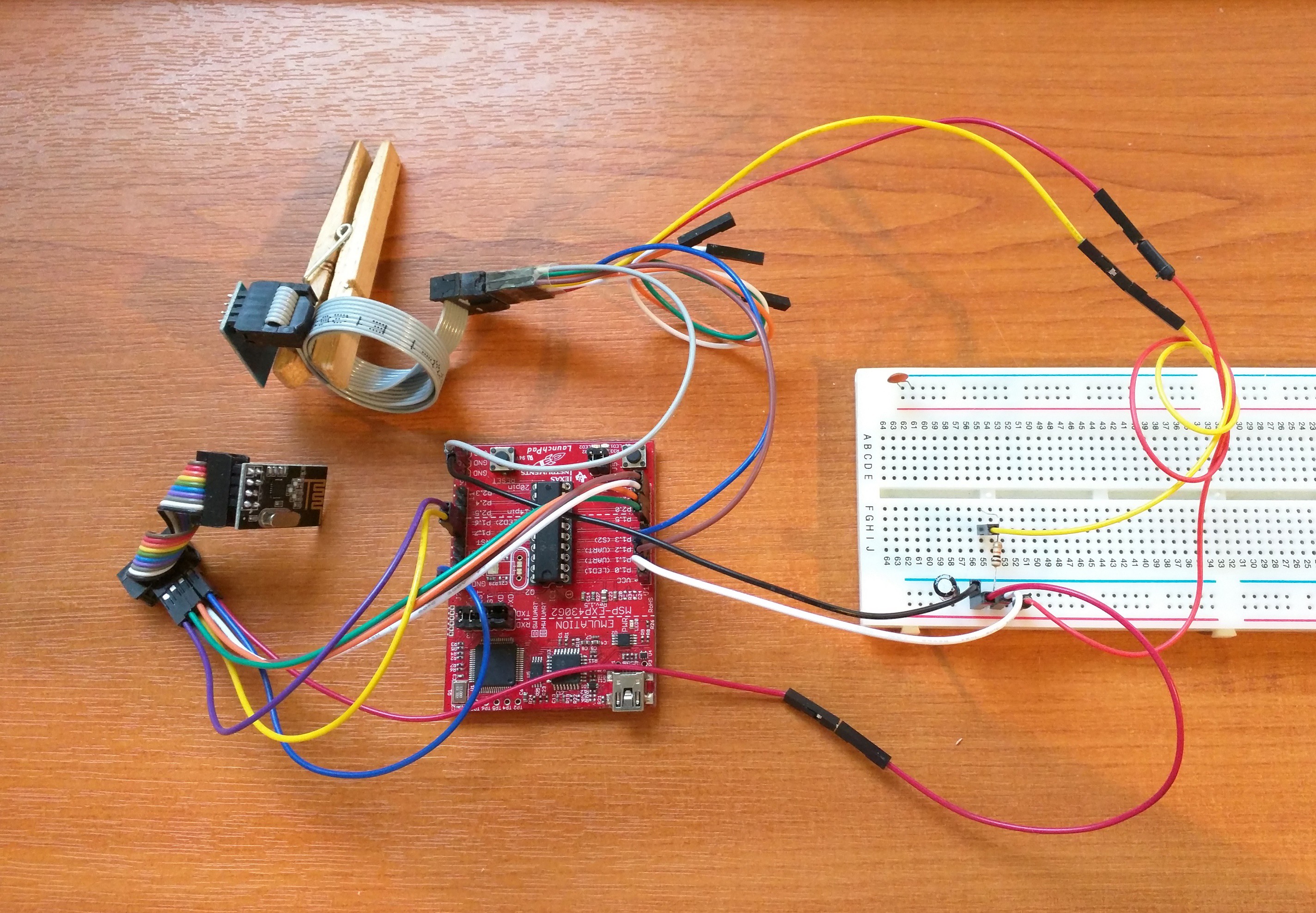 Level of coffee followed by its temperature: what are you using to stick the photoresistors on there?

We are using Blu Tack to hold the LDRs - and surprisingly - it was able to hold through the change of temperature from brewing the coffee really well!

Plus it was able to protect the sensor part, the front surface of the LDRs from external light sources, which helped a lot to deduce the level of coffee from the resistance measured of the LDRs.

I just spotted this. Made me think that some people with hearing, attention span, memory problems could use something like this for notification reminders? or even if it was just that appliances were all alarmed, or jobs to do were alarmed when finished.

Thanks for your comment, that is a very good point actually. I have been toying with the idea of implementing coffee status and notifications through an app or tasker on Android.

We are looking  into implementing the system in an insulated mug (like  a thermos mugs), would make the whole thing a little more practical, stay tuned.

Can this be modified for, say, a bottle of Dr. Pepper?

I dont need a device to tell me my cup is (yet again) out of Dr.P ! Maybe this whole project is not a great idea after all haha

Love it! :) Now, if we could just get display the number of refills too ;)

It is a simply and easily to operate monitoring alarm system about temperature humidity and smoke.
Project Owner Contributor