Custom electromechanical motor that can be printed using any 3D printer, some coil, maybe magnets and a controller.

I think the project was a bit too ambitious at first. Allowing all the aspects of the motor to be modified gives a huge amount of freedom, but then building a tool that evaluates performance and generates 3D files for that becomes really complicated...

An intermediate step is to restrict the motor form and allow only some parameters such as motor length, coil diameter and magnet strength to be set by the user. Since the motor form is fixed I decided to adopt a standard: NEMA-17 stepper motor.

NEMA-17 is a very popular motor used on lots of 3D printers, maybe it can be used to actuate an actual 3D printer... probably not, but who knows. 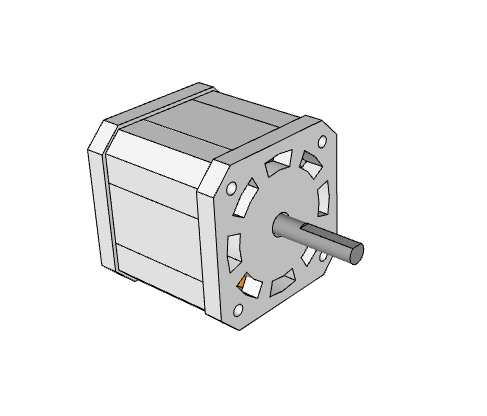 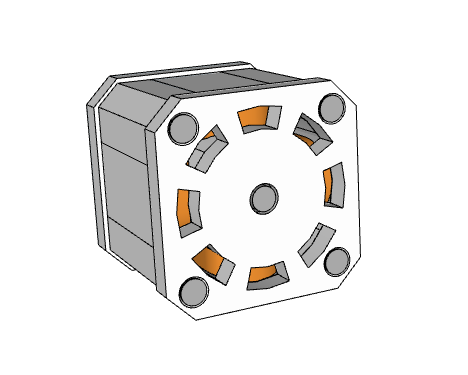 The fixation holes are exactly at the same place than the NEMA-17, all parts should be 3D printable (except for magnets, coil, axis, M3 screws and bearings). 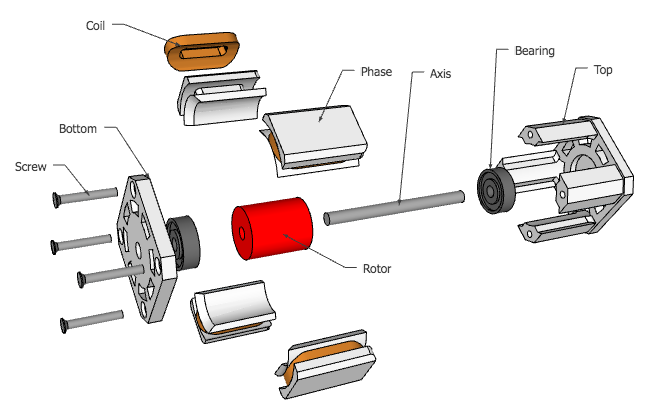 I don't know how it will perform though, or if it will melt... No math has been done yet or anything printed at this point.
Previous Log