Finishing up underneath, enclosing front battery

A project log for DIY Electric Vehicle from Recycled Parts

And there goes another month! We got sidetracked by some reinforcement that was needed to the rear battery tie-down. That's sorted out now. Also lost a weekend to a out-of-town trip.

The charge port cabling and HV cables between the front and rear battery pack are done and in place. The coolant tubes are also installed and used as support for some of the cabling. 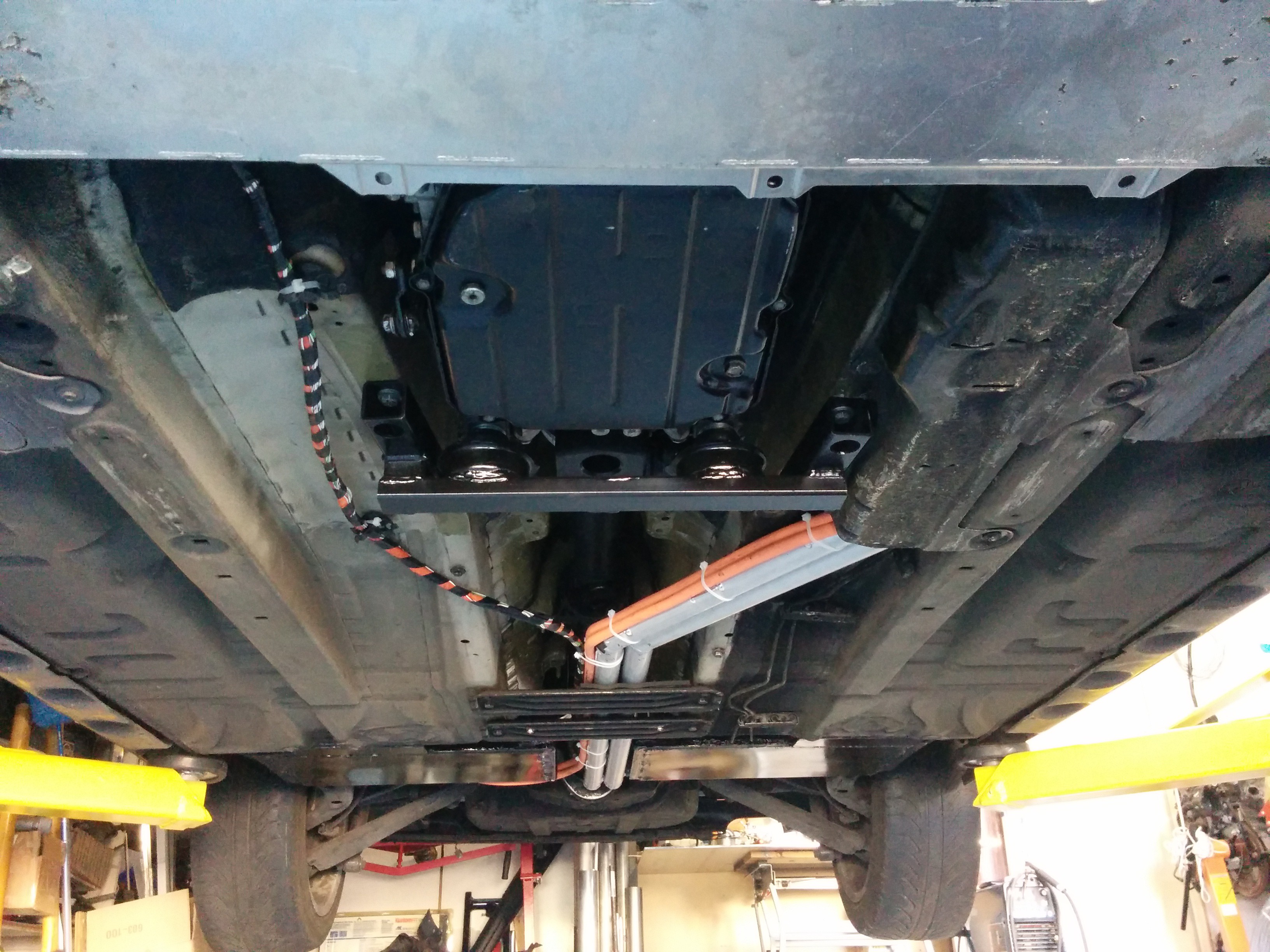 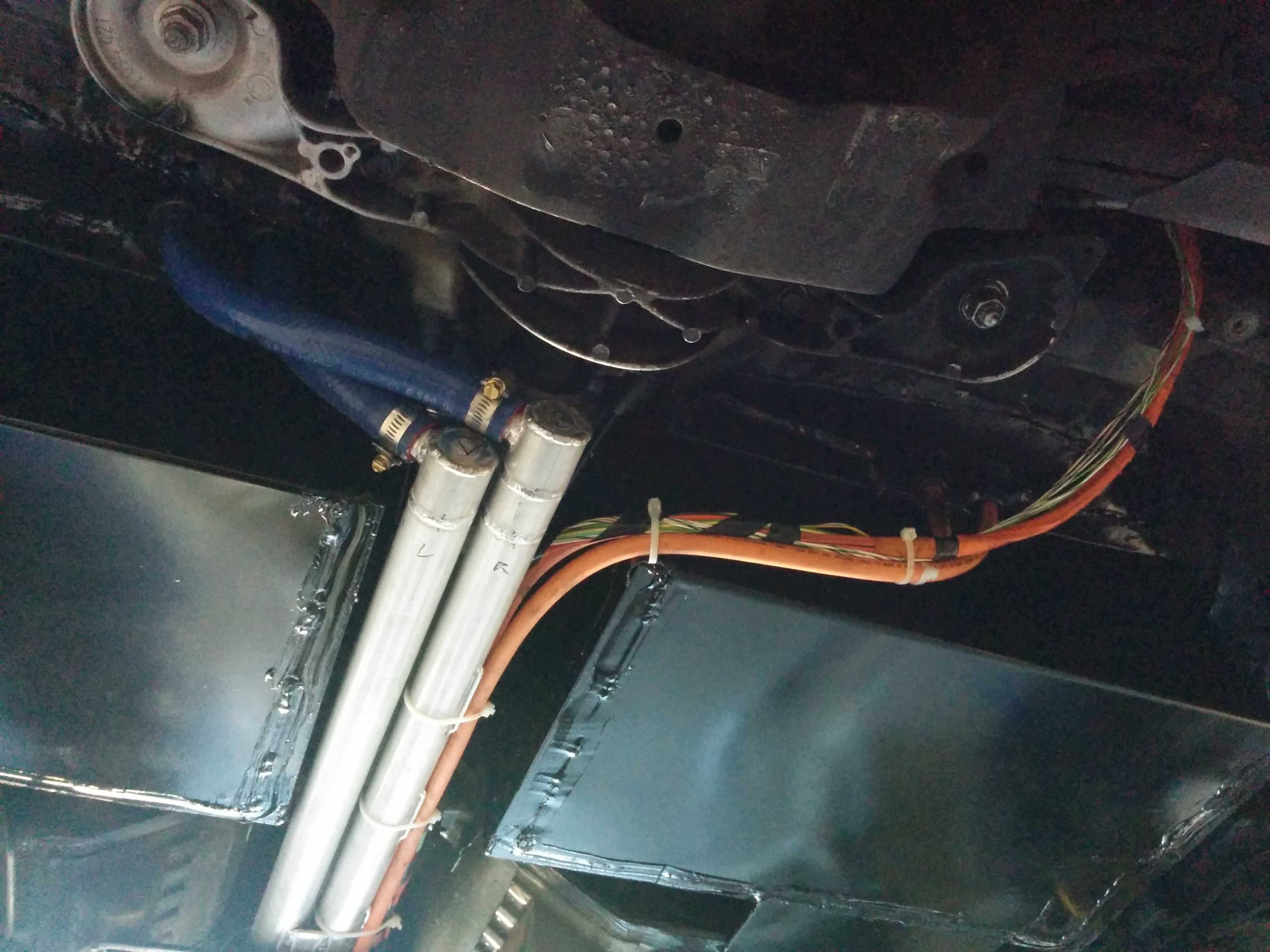 Moving to the front of the car, we've started enclosing the front of the battery box. The bottom of the box is a tray which the structural portion is installed in to. The batteries go in on top of the tray and mount to the beams in the front of the car, then a box formed from sheet metal is placed over the top. The top will be held on by a rack which will span the frame rails and support the inverter, chargers, DC-DC converter, and heater. 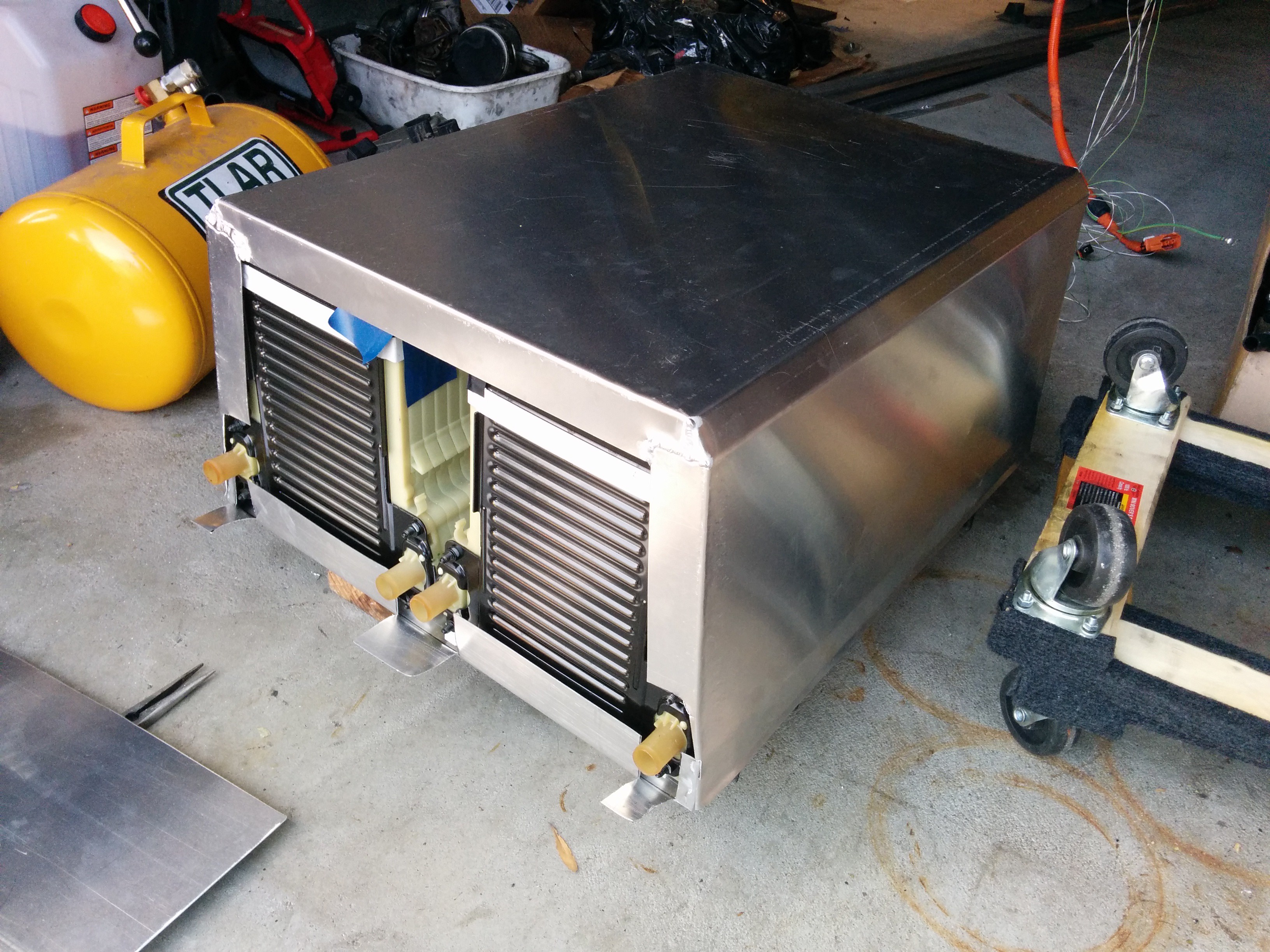 The contactors, current sensor, and BMS ECU will be installed in the space between the batteries. I've already started this, though I didn't take any photos.

Leak-check the cooling system then fill and test

Build Arduino-based "gateway" ECU and connect to things like the accelerator pedal, gear selector, and gauge cluster (not as big a job as it might sound).

Wire up the power steering pump to 12V and ignition

Start putting interior back together

Make a cover for the rear battery (carbon fiber?)

I'm sure there are a ton of other little things I'm forgetting.

We have to get all the heavy-duty mechanical stuff (cutting, welding, fabrication) done by the end of June as the guy that's helping me with it wants his lift and garage back. The car will then come home to me where it will be finished off with electrical stuff and firmware stuff that doesn't get done on the lift.