Iterating the SEMG Sensor and Creating the Platform

So, I had my requirements in my head for this next version. It had to be:

I came up with this. 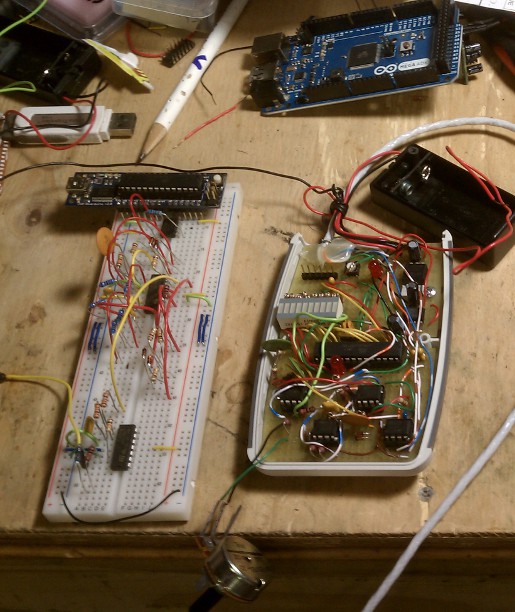 I also added a milspec shielded cable, since I noticed that the signal also got interference from, I'm not sure, static, EMF radiating from my body, whatever. The milspec cable had a nice shielding Faraday cage type around the wire strands, which I grounded.

Next, it was time to test it. 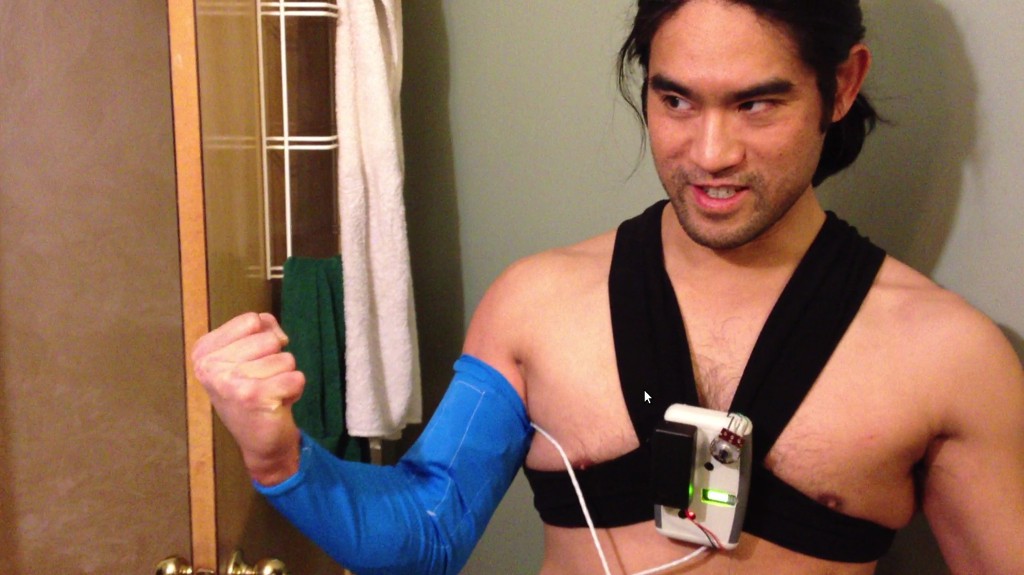 And you can see it in action here.

You can see how much cleaner the response is, versus my quick and dirty prototype. Oh man, it was a revelation! A few other innovations I incorporated are the electrode placement methods on the sleeve. I used velcro on the backs of the electrodes, and there's velcro inside the sleeve. This let's me adjust the position of the electrode on the fly. Now obviously, I wouldn't wear the pod like that, that's just asking for it if you fall on your chest. Also, it was a massive improvement over the Advancer circuit, which used this tiny analog pot to change gain values, and that pot usually died after 4 uses. So I replaced it with a BIG POT. Oh man, talk about way better.

Still, I ran into a bunch of problems with this one.

So, it was back to the drawing board with another design! But at the same time, it also meant I was getting close to a real product. And that meant generating a master plan...